MEDITERRANEAN ANALYSIS: A look at jurisdiction on “smuggling” and the broader context

CPTnet
30 September 2014
MEDITERRANEAN ANALYSIS: A look at
jurisdiction on “smuggling” and the broader context

[Note: The following has been adapted for CPTnet.  The original is available on the Christian
Peacemaker Teams Europe blog.] 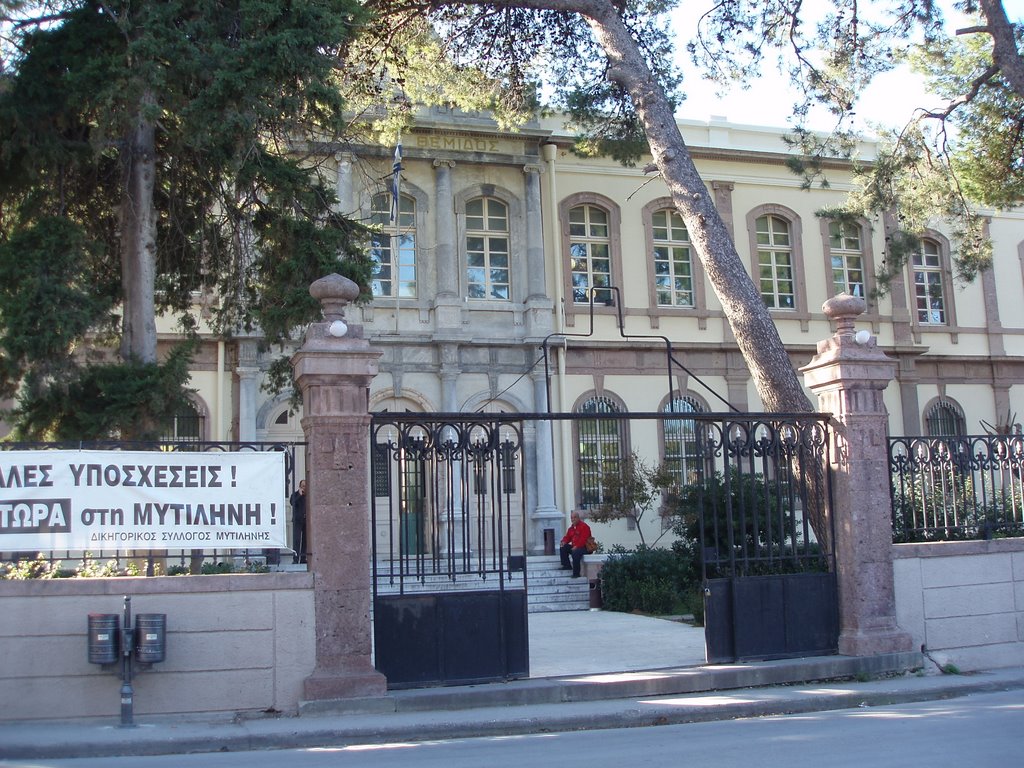 On Monday, 22 September, CPT Mediterranean observed several
trials against Turkish men accused of human smuggling and the case of a Syrian
refugee we had visited in prison the week before.

The Turkish men all got the maximum sentence of twenty-five years, and Mohammad
got ten years in prison with a possible reduction of the sentence to two years
if he works in prison.  The court
authorized this reduction because of his refugee status.  It also  acknowledged he had acted in an emergency because he had been
forced to drive the boat when the smugglers left it.

As we sat in the court, with a Greek partner translating for
us, it became clearer that neither the public attorney nor the judge have a
comprehensive understanding of why the people in the boats are migrating.   For example, they asked questions like,
“But why did you not stay in Syria?”

The ignorance of the wider context of migration was also
evident on a more fundamental level.  The people accused of “smuggling” were only the drivers.  But smugglers are parts of networks in
which the drivers are interchangeable pawns often forced into this work by
financial problems.   Those who
really profit remain underground.  In
one case we observed, the accused had actually help to expose a network and his
statements had led to several arrests, but the judge still imposed the maximum
sentence.

Because the Greek Coastguard intercepts so many boats on the
sea between Turkey and Greece, smugglers have been using ever-smaller boats to
avoid detection.   Smugglers trying
to avoid capture often abandon the boats at a certain point, and leave the
migrants to fend for themselves.  A
small boat on the high seas capsizes easily and so if a migrant takes control
of the boat, the authorities should consider this intervention an act of saving
lives not a crime.

The sentences proposed by the public attorney relied only on
testimonies of the coast guard and dismissed testimonies on behalf of the
accused.

The complete trust in the coastguard’s testimonies
is especially dubious if one considers the reports
of illegal “push-backs” by the Greek coast guard.  A “push-back” occurs when
a group of migrants are deported without establishing their identity
and the validity of their application for asylum.  In the sea, this means that the coast guard will tow migrant
boats back into Turkish waters, which has led to the boat capsizing and people
drowning.  Then they will also
destroy the boats motor, or steal the fuel and or even rob the migrants of
their money and cellphones.   Although
it is well established that the Greek coastguard engages in pushbacks
regularly, members of the coast guard are rarely prosecuted for this and are
still treated as neutral witnesses.

In the end, it is policies
that make it impossible even for refugees fleeing war and persecution to enter
the European Union legally, that force them into the hands of smugglers and
enable these networks.   But
instead of addressing these issues, the European Union vows to fight
“traffickers” and congratulates itself for convicting so many of them, when in
a broader context, they are not seriously harming the smuggling networks but
are continuing to create the conditions for these networks to exist.