EUROPE: Migrants on their journey–dilemmas and possible solutions

CPTnet
4 November 2014
EUROPE: Migrants on their journey—dilemmas and possible
solutions

[Note: The following has been adapted for CPTnet.  The full version is available here.]

On a daily basis, hundreds of migrants try to get into Europe through different
routes– mainly via smugglers.  Most
of the migrants are struggling to find either a safe life without persecution
or have better standards of life to support their families at home.  The routes and the facilitators of the
journey that they choose are the least safe options ever to exist.

Often the suggested solution focuses on ways to block the
smugglers’ routes.  European
authorities should identify and crack down on smugglers’ networks.  However, the story is not going to end
as long as migrants face onerous restrictions for getting into Europe.

People are trying the illegal routes because they mostly
have no legal way to get in.  As a
result, the migrants become victims of crimes like torture and raping meted out
by smugglers and tragedies like drowning in the sea on the way. 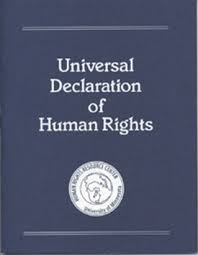 The migrant population is divided into two different main
groups: economic migrants and asylum seekers.  Economic migrants leave their home countries to work and
support their families at home like many Greeks in the other European countries
at the moment.  The asylum seekers
are the ones who are running away from wars, conflict zones, persecution,
torture, and other serious threats forcing them to seek a safer life, usually
in the West.

All over the world, we find westerners working or living in another country
merely because of their curiosity to explore the world.  The United Nations Universal Declaration of Human Rights
emphasizes that everyone has the right to move freely, leave any country and
return.  So far, it has been
enforced for the citizens of western countries and the eastern families with
money, not equally for everyone.

Asylum seekers often have to cross borders without visas
because of threats to their lives.  Usually they have to take the risks of crossing borders into
a neighboring country where a UNHCR office is functioning.  They must apply and wait for the
authorities to process their asylum application and send it to a third country,
while most of them have to keep crossing borders one after another.  Some Afghan refugees
have been waiting in Turkey to move to a third country for seven years.
In some cases, Turkey refused to issue exit permits for temporary residents if
they were unable to pay off the residency fees.

It is possible to reduce the tragedies and human rights
violations that migrants experience on their way to Europe.  One of the most effective ways to
address the migration issues is to reconsider policies and make amendments to
the visa procedure.