LONDON,UK: “One dead refugee is a tragedy; one thousand is a policy”

CPTnet
16 May 2015
LONDON,UK: “One dead refugee is a tragedy; one thousand is a policy”

At noon on Friday, 15 May, at government buildings in London, participants in the annual Christian Peacemaker Teams (CPT) Europe Convergence joined other international religious peace activists to draw attention to the deaths of migrants and refugees in the Mediterranean Sea and the culpability of the UK government in these deaths. 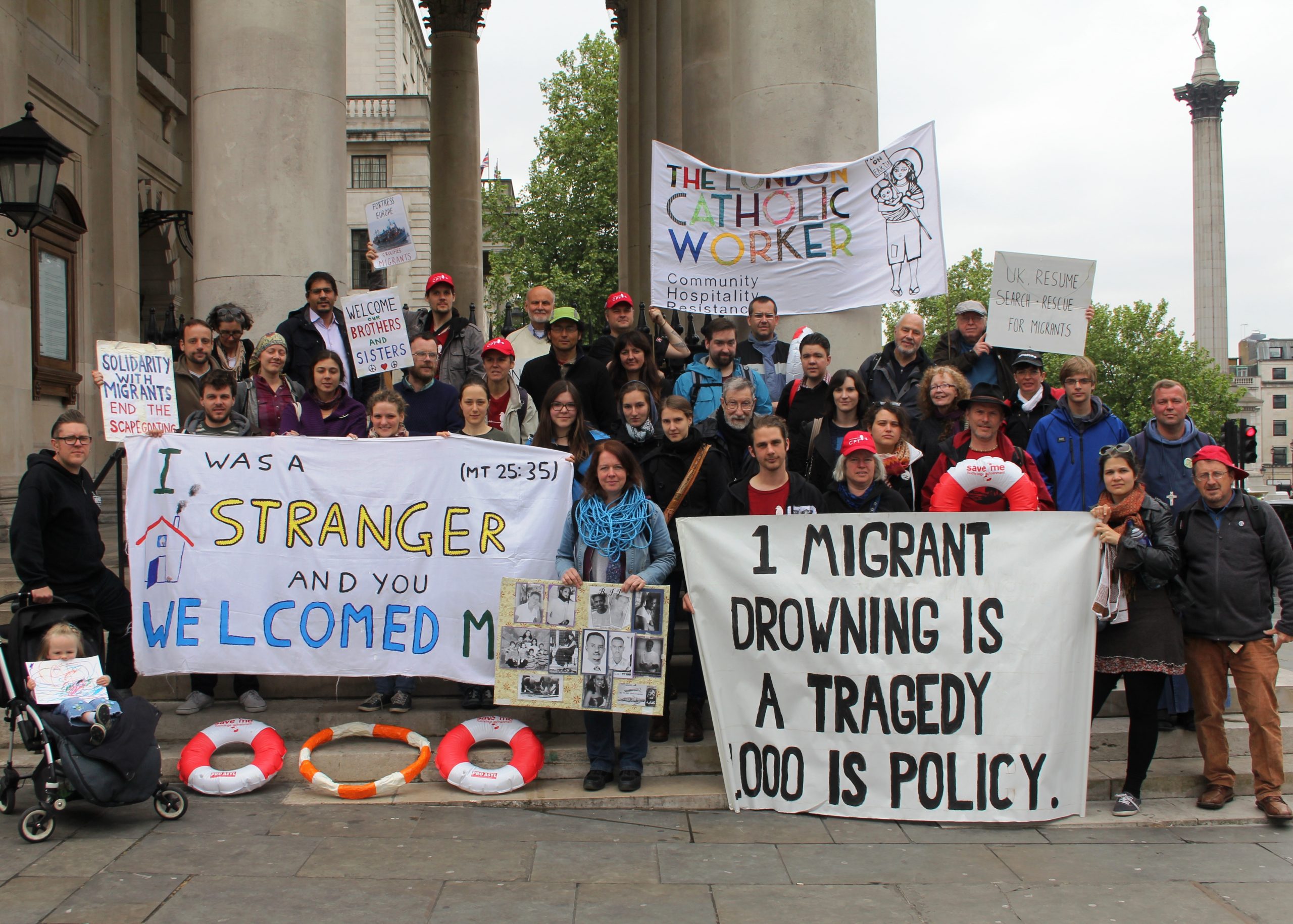 Since 1 January 2015 over 65,000 refugees and migrants have crossed the Mediterranean into Europe. In the same period at least 1,800 men, women and children have lost their lives in their bid to reach Europe; a direct result of the indefensible decision to disband Mare Nostrum, the search and rescue operation.  These include refugees fleeing oppression, poverty and war.

In the face of this crisis, European governments, including the UK, have reduced search and rescue operations leading to the death toll increasing ten times that of the same period in 2014 (according to the International Organisation for Migration). Last month, under humanitarian pressure, EU leaders proposed a 10-point solution to the migration crisis. However, this does not include an adequate search and rescue mandate extending to the Libyan coast.

The EU condones the replacement of search and rescue operations with border control operations using the myth of the “pull factor”: the claim that functional search and rescue encourages migrants to risk the Mediterranean crossing. This argument ignores the real reasons people try to migrate. These include the destabilization of nations in Africa and Middle East caused by Western military intervention, the supply of arms to oppressive regimes and economic exploitation of developing nations. The European community is involved in creating the crisis it is now refusing to address.

Beginning with a silent march from St. Martin in the Fields to the Foreign and Commonwealth office, the procession became a vigil with prayers, stories, songs and the naming of the dead. Office staff did not accept a prepared letter of protest to Foreign Secretary, Philip Hammond. Moving on in silence, the procession then visited the Home Office with a letter to Home Secretary, Theresa May, which was accepted, as the vigil formed a dramatic tableau to memorialise the recent deaths. The participants reminded the government of its recent failures to rescue vulnerable human beings by acting out the drowning deaths, pouring water over their bodies and lying on the pavement.

Participants included forty local and international members and supporters of the Catholic Worker and Christian Peacemaker Teams from over ten countries, ages ranging from two to eighty-seven years old. For several years, CPT in Europe has focused on ‘Fortress Europe’; the deadly barriers to seeking refuge that is taking shape in the policies and practices of the European Union.  Participants at this year’s CPT Europe Convergence discussed a second summer of presence in Lesbos, Greece, accompanying migrant support communities.

Additional photos of the European Convergence are available here.