[Note: CPTer Peggy Gish has been working on a crisis team for
the Church of the Brethren in Nigeria.  This piece has been adapted for
CPTnet.  The original is available on her
website.] 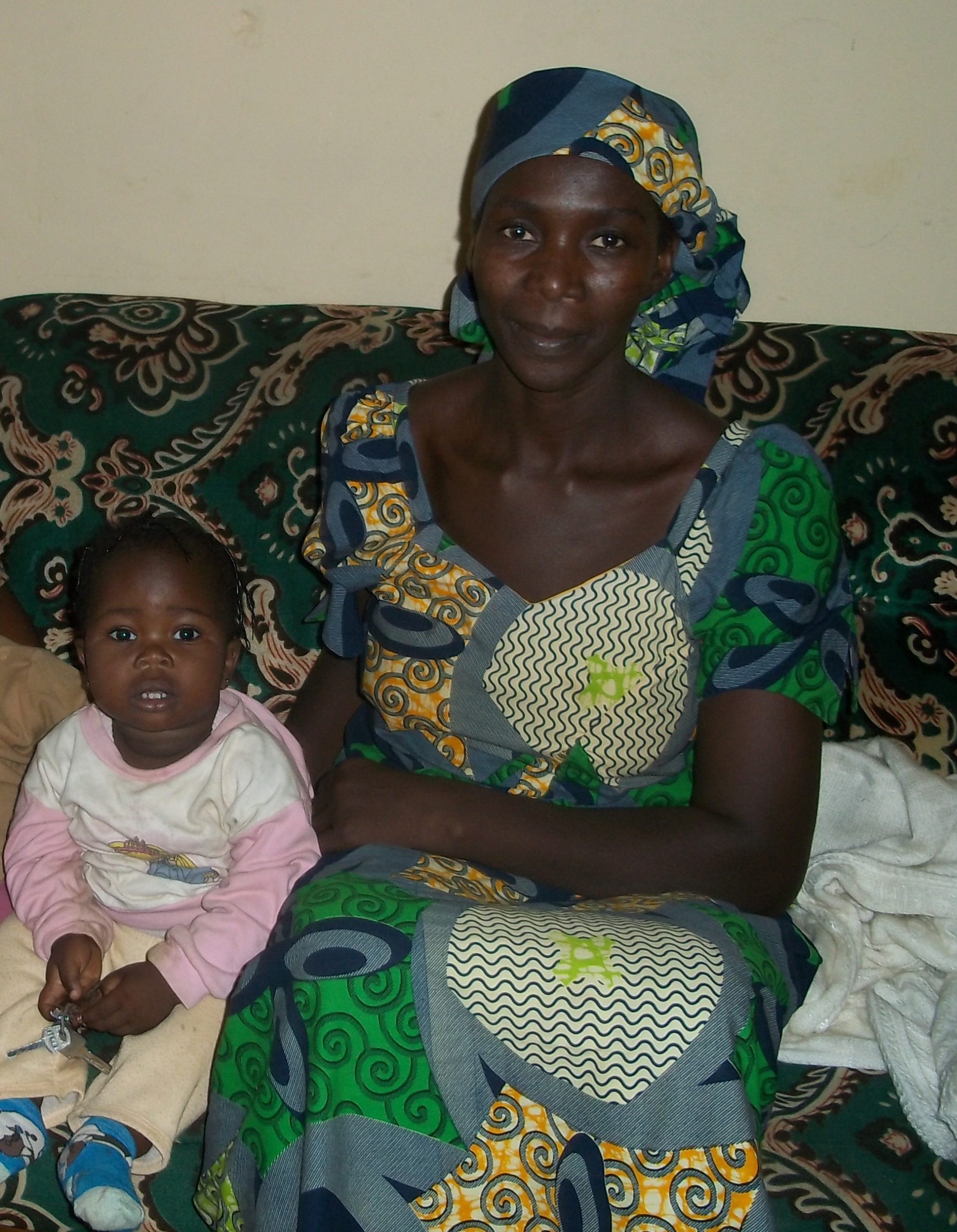 Among the most vulnerable of Boko Haram’s victims, are the
Nigerian women who have lost not only lost their homes and possessions, but
also their husbands, and have to find a way to care for themselves and their
children alone.  In my three months among them, I have met a number of
such women, but three I have come to know more personally.

Naomi
One-year-old Hope crawls around on the floor of the reception area at the
headquarters of EYN (Ekklesiyar Yan’uwa a Nigeria or the Church of the Brethren
in Nigeria) in Jos.  She has a quick smile and inquisitive face.
Every time she heads toward the door to the outside steps, Naomi, her mother,
gets up and catches her just in time.

Naomi was working as a secretary at the former headquarters
near Mubi, when Boko Haram attacked there on 29 October 2014.  She and her
daughters, Blessing (18) and Hope (1) fled with throngs of others. Her husband,
Bello Philip Mwada, and their three sons, Moses, Emmanuel, and Haruna, who left
a little later, were shot and killed by Boko Haram fighters. She believes that
her husband, a member of the Nigerian Police Force, was targeted because
several times he found out that militant fighters were coming to a particular
community, and he warned the residents to flee.

Now they live in Jos and she works at the temporary EYN
headquarters. Blessing will soon be finishing secondary school, and hopes to be
able to go to a university, but does not know how she will do that
financially.  In spite of her losses and grief, Naomi expressed her
grateful for the EYN community which has helped her during these difficult
times, and to God who gives her strength.

One day, as I sat with Naomi in the reception room, tears came to our eyes as
we spoke of the pain and fear any woman faces losing her husband suddenly, not
to mention the added trauma of going back and finding his and their sons’
bodies and arranging to have them buried.

Elizabeth
I met Elizabeth, from Mubi, in a week-log trauma-healing workshop.  During
a time provided for participants to share what they went through, she poured
out her anguish.

“When Boko Haram attacked,” she told the group, “My husband and three children
disappeared while they were trying to escape, and are still missing, so I
believe they are dead. It took me four days to get to a place of refuge.”

During the lunch break, Elizabeth and I walked around the grounds of the
retreat center. Though she knew little English, she pointed out to me the
cashew, guava, maringa and other fruit bearing trees, and told me their names
in the Hausa language. I could see that she was finding healing in connecting
not only with others who are going through a similar healing process, but also
with the beauty and life-giving vegetation of her native land.

Monica
One of the more difficult stories I heard, was from Monica.  In 2009, in
the middle of the night, Boko Haram fighters entered their home in the town of
Michika.  Monica witnessed them beheading her husband and cutting the
throats of two of her three sons. Next they brutally cut her left arm as she
raised her arm to defend herself. Then they cut her throat and left her for
dead.

A neighbor found her, still alive, and took her to the
hospital. Since then, she has had numerous surgeries to repair her throat and
her arm, and more are needed. But even harder for her has been dealing with the
trauma of her attack and the loss of her husband and two sons. Now, she and her
remaining son live in Jos.

I occasionally see her and Naomi talking quietly together as
they pause from their work.  Amazing to
me is the strength she demonstrates as she keeps walking ahead, choosing life.
She attributes this to her faith, but also to the prayers, comfort and support
given her from other widows and friends.

Life is not easy for Naomi, Elizabeth, and Monica, and many
other widows.  Like others, they are
uncertain about their future home and means of support. All three, like others
who have been displaced, receive food and supplies distributed by EYN or other
NGOs. All, having participated in a trauma-healing workshop for widows,
understand that their grief and pain will not quickly dissipate.  They
find healing as they express their pain and seek to forgive. And they find
healing not only as others support them, but as they, in turn, give loving
support to others also dealing with loss.

Christian Peacemaker Teams had to discontinue its work in Africa after the 2008 financial crisis and continues to turn down invitations to support the work of peacebuilders working in Nigeria, Uganda, DRC, Egypt and other places of lethal conflict https://www.cpt.org/participate/donate