Church of the Brethren
member Aishatu Joshua showed me a scar on her upper left arm where a Boko Haram
fighter shot her during a November 2014 raid of her town, Ngoshe, near the
Cameroon border. The bullet entered her arm in an angle, and went out again.

Boko Haram fighters had captured her along with another woman. She heard one
say, “Should we kill them?” The other said, “Take them out of the village and
do it.” While they were walking them out, they shot and killed the other woman.
Aishatu started to run away, but was shot in the arm. She fell down and
lay still, so they thought she was dead and left her.

When they were gone, she
went with others from the town into the nearby mountain. Someone went over into
the Cameroons
and got medication for her. She stayed two nights on the mountain and then went
with others to Zalivida, in Cameroon. From there, she went to Yola, where she
was in a displacement camp for two months, before coming to the Stephenus Camp,
near Jos.

Her husband had already
died before the attacks. Two of her sons are with her. Another son was killed
in Chad. Boko Haram abducted another daughter, and she doesn’t don’t know if
she is dead or alive. Her house has been looted and her cows stolen, and it
would very difficult for her to return. “I am grateful for God for sparing my
life,” she said,” though I have difficulty sleeping at night, worrying about my
daughter.” 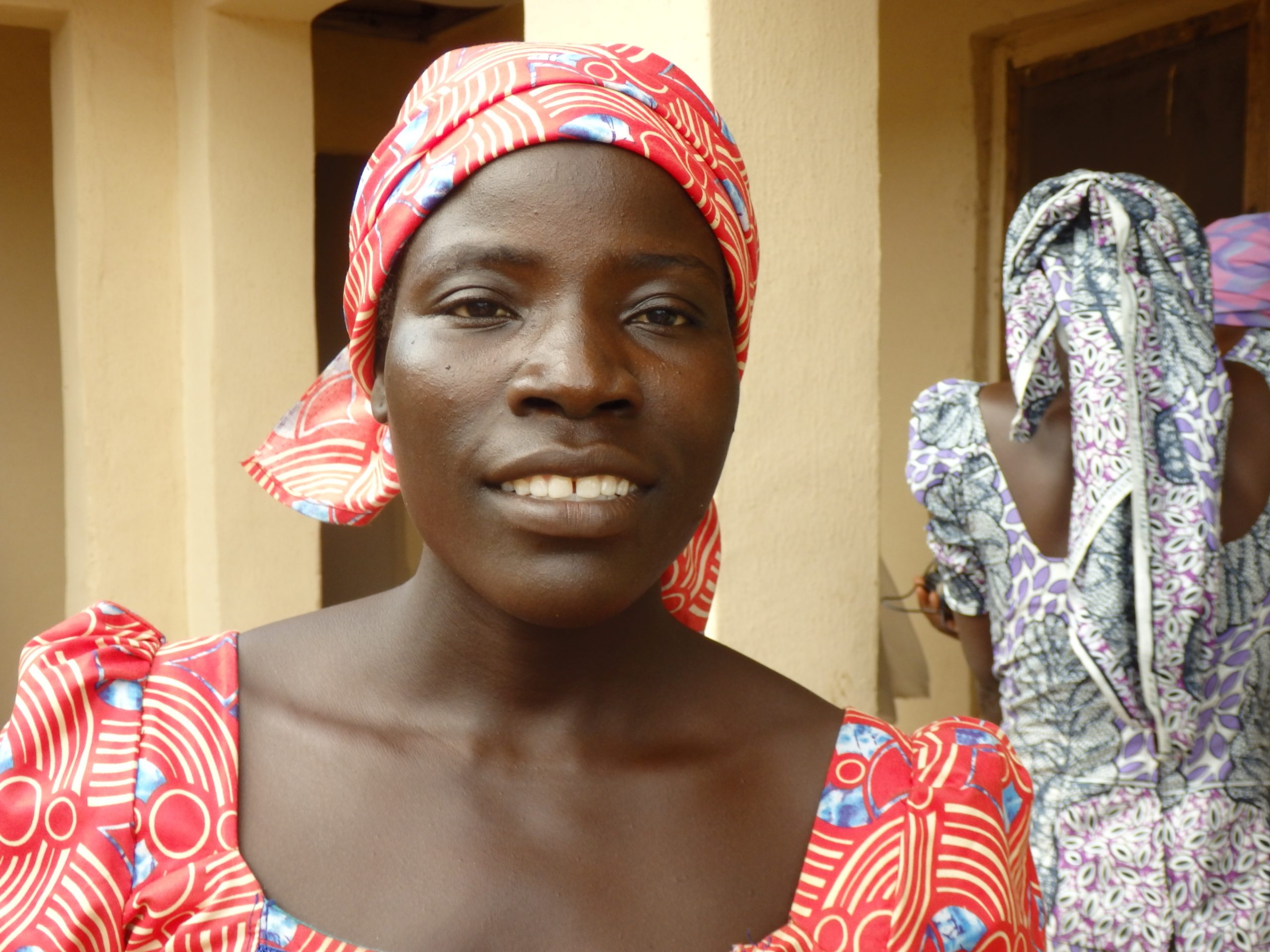 During that same raid of Ngoshe, Rifkaty Bitrus and her husband ran into the
mountain to escape. Militants followed them there and abducted her and her two
daughters, ages one and four, along with other women and older girls.

At the Boko Haram camp,
the women and girls were kept in a locked and guarded house. They were not harmed,
but were forced to fetch water and return with the gate locked behind them, and
do jobs such as pounding palm oil. “They called us ‘unbelievers,’ she said,
“and threatened to slaughter us like cows if we didn’t convert to Islam. We had
to wear the Muslim veil, but none of us converted.’”

After three weeks,
Rifkaty was able to escape in the night, by putting her four-year-old daughter
over the wall, and then climbing over with her baby on her back, without the
guard seeing them. About fifteen other women also escaped that night, and made
it by foot to Zalivida. After reuniting with her husband there, they went to
Yola, and from there, also to the Stephenas Camp.

Rifkaty is worried about
other family members who remained in their town when they left—not knowing what
happened to them—but she is also grateful to be alive.