The waves crashed on the stony beach. Out in the water of
the Aegean Sea, between the Island of Lesvos and the coast of Turkey, the
lights of coast guard boats and an occasional fishing boat could be seen in the
moonless night. Two of our team joined members of the Emergency Rescue Centre
International (ERCI) team as they started their evening all-night vigil to watch
for and assist with passengers in refugee boats if they arrive at this area of
the island.

Night-vision binoculars were on hand.  An orange
tarp was removed from a stack of blankets, kept for the warmth of the
volunteers.  Wooden pallets for seating
had been set up around a mound of rocks, where the group would light a campfire
during the colder months of the year. During the dryer months of the summer there
are regulations against open fires.

The rhythmic sound of the waves gave a backdrop for
meditating, and we had plenty of time for getting to know each other. Though
some did nap during the early hours of the morning, several participants always
remained awake and alert to respond if a boat came. Other clusters of ERCI
workers were holding similar at a couple other locations around the island where
boats might arrive from Turkey.

“I came on a boat to Lesvos, myself eighteen days ago,”
Yusef*, a young refugee, now working with the ERCI team, told us, when we asked
how he got involved in this work. “Now, I feel like the work I need to do is to
help other refugees in the same situation.” He, like all the refugees landing
in Lesvos, went first to Moria,** the official registration center run by the
Greek Military, to start his asylum process.  And like others, he is
waiting to find out if he will get asylum and can immigrate to another European
country. If not, he will have to make the choice of either staying in Greece or
returning to Turkey, where he last resided after leaving his home country.

As the sun rose between the clouds we continued our watch.
No boats came to our area of the coast that night, yet these vigils play an
important role. I had time to take in the beauty around me and reflect on the
risk that these thousands of refugees are taking to reach a place of safety. I
also witnessed and participated in just one of the many ways volunteers on
Lesvos, and other Greek islands and receiving countries, are working to prevent
deaths and ease the trauma that refugees experience in this perilous part of
their journeys. 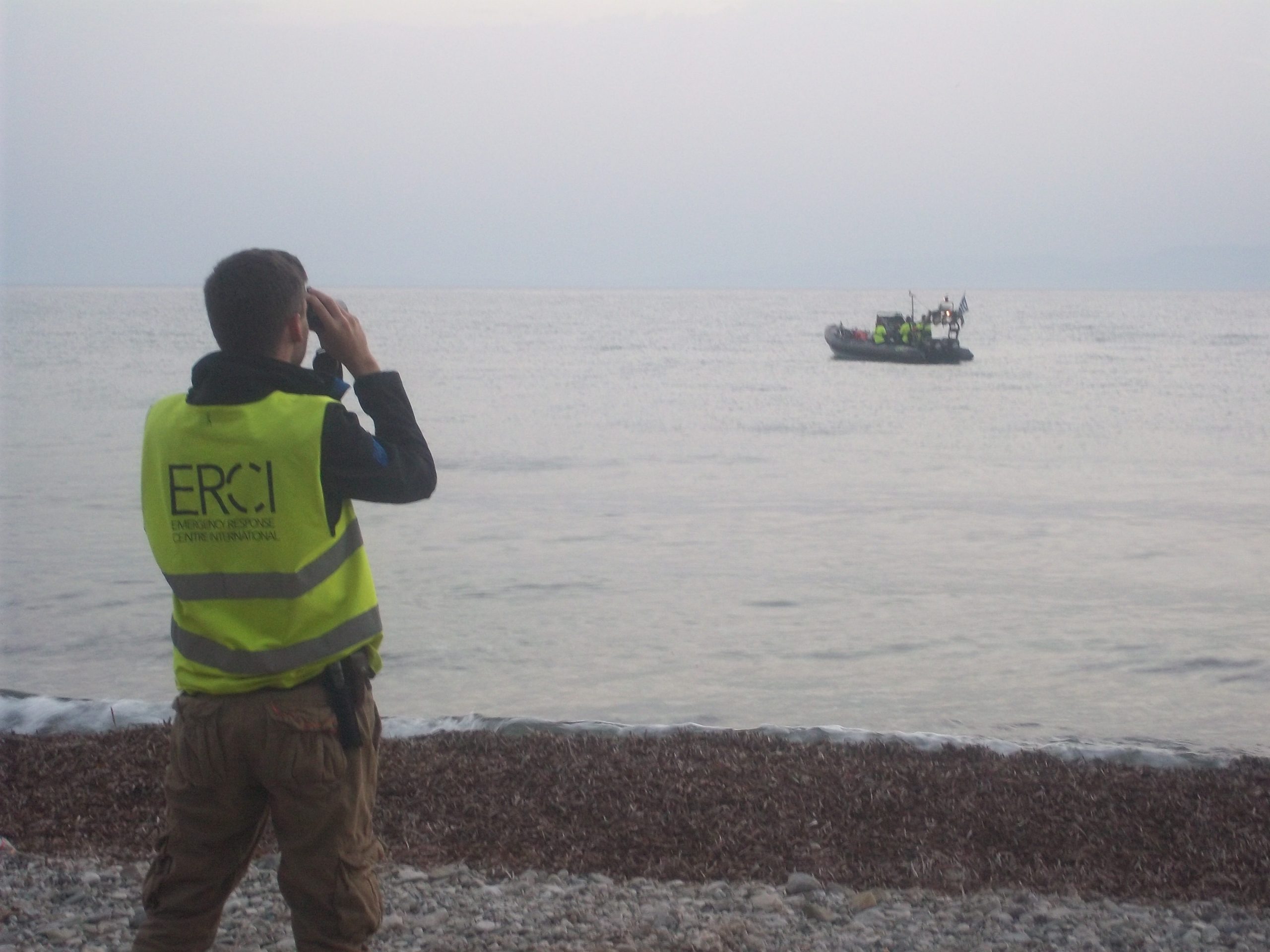 *Not his real name

**For more about Moria, MEDITERRANEAN: What the authorities don’t want you to see in Moria refugee camp

Stand on watch with the workers of Christian Peacemaker Teams – Europe! Donate