CPTnet
3 October 2016
IRAQI KURDISTAN: I am teaching Math; the
government is teaching corruption. I am consolidating society; the government
is dividing it 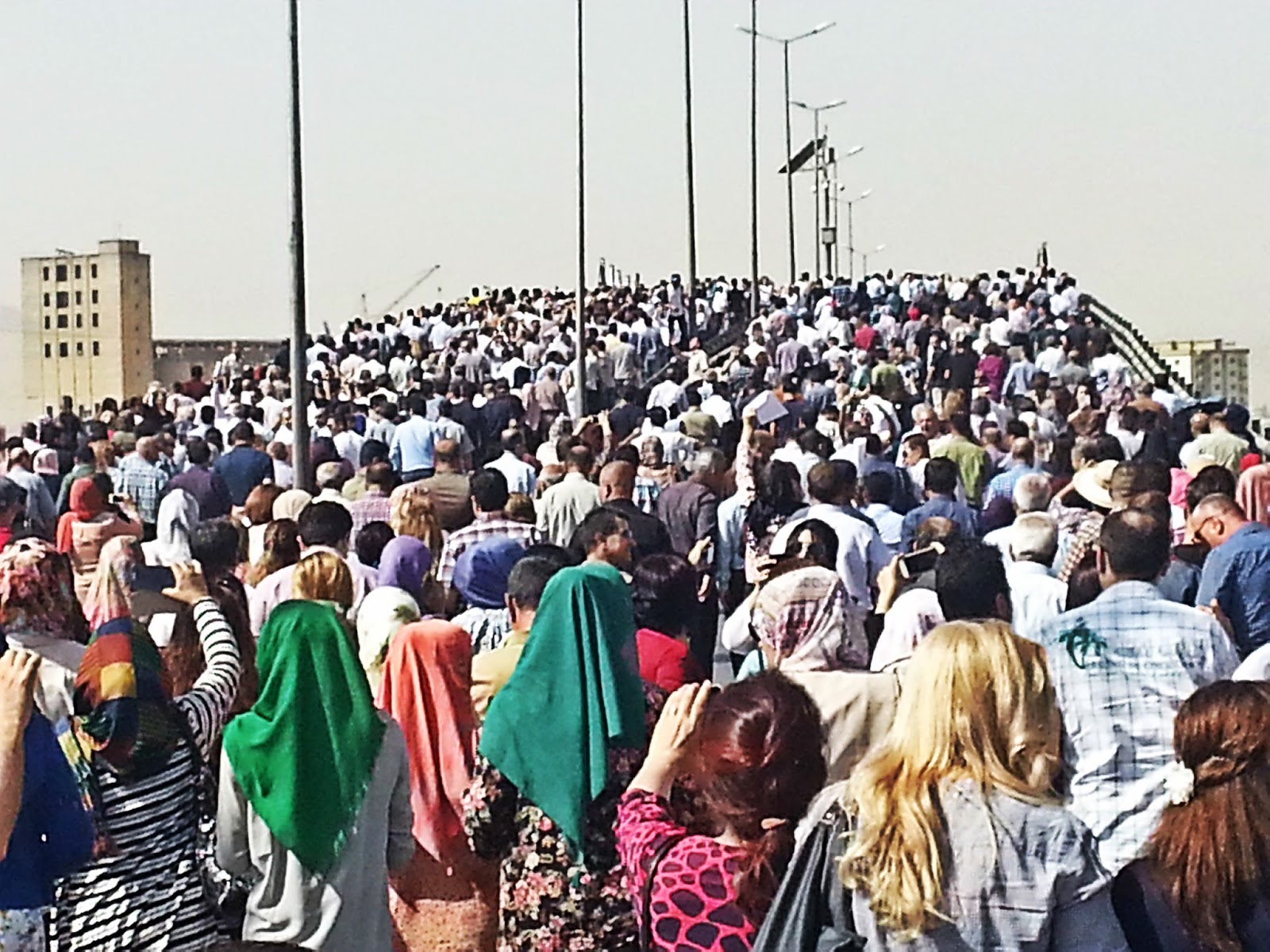 Since the ISIS war started, or since the Kurdish leaders in
Northern Iraq decided to engage in the war, the name of the Peshmerga (Kurdish
fighters) has become well known around the world. Kurdish people are brave; Kurdish
people are heroes.

Before ISIS entered Iraq, the Kurdish government was in a
conflict with the Iraqi Central Government. The main issue was about oil as
well as the Peshmerga’s salary. The Kurdistan Regional Government (KRG) wanted
to sell oil and have an independent economy. Because of this Kurdish desire for
autonomy, the Iraqi Central Government no longer wanted to send salaries to the
Peshmerga and the Kurdish leaders did not want to put the Peshmerga under Iraqi
control.

Also, in the last two years the Kurdish government employees
have not regularly received their salaries. I am among the 130,000 teachers who
did not receive a salary for September, October, November, and December in
2015. The Kurdish authorities are creative.
Since January of 2016 the employees are now getting a percentage of
their salary. These percentages can be as low as twenty-five percent.

Another way that the government is creative is that they
have not cut the salaries for the Peshmerga and security forces or people
working for internal intelligence departments. This has created divisions and
tensions among the people. The authorities say, “We will need to use austerity
measures and cut your salary. When the war ends with ISIS and the oil prices
increase then we will give you back your money.” People do not believe the
government anymore because we see the luxurious lifestyle of the Kurdish
leaders has stayed the same as it was before the war. There has been no
guarantee that people will not lose their money.  Last year, for two
months, teachers in Sulaimani were on strike. The authorities did not care.

The school year was supposed to start on 17 September  2016. Teachers started to organize themselves
to protest on that day and to start a strike from the beginning of the year.
The Ministry of Education decided to postpone the day of opening to the 27
September. Then on 26 September the Ministry of Education published an
announcement stating that the school would open on 1 October.  The teachers were committed to do the
demonstration anyway. At 9 a.m. on 27 September, teachers started to gather in
front of the Directory of Education Building.  Not only teachers and government employees
showed up. Ordinary people from within the society joined them as well. At 10:00
am the protesters decided to continue the march towards the Sulaimani
Governor’s office.

About 5000 protesters were involved in the march. They
chanted slogans to tell the government, ” It’s enough” and “
stop lying”. The main demand of the teachers is for the government to
pay them 100% of their wages and give them their salaries each month and to ask
to stop the privatization of the public sector.

The government responded by providing 5,000,000,0000 Dinars
to the Ministry of Education. According to the calculations, each teacher will
get around 50,000 Dinars or $40 USD. Teachers looked at this as a joke and they
have refused the government’s solution. In Sulaimani, Halabja, Garmian, and
Rania teachers are on a strike. In Hawler and Duhok teachers are now teaching.

Aren’t you glad Muhammad and the rest of the CPT Iraqi Kurdistan team is in Suleimani accompanying the teachers and reporting on what is happening? donate