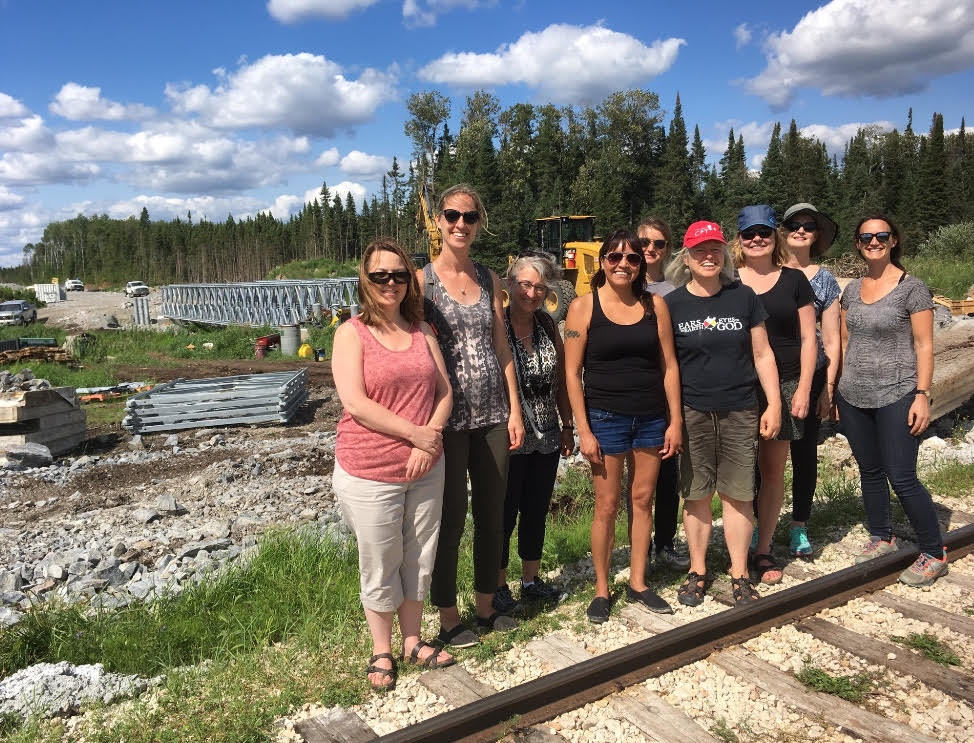 I had the privilege of participating in the ten-day CPT Indigenous People’s Solidarity delegation this summer. Our group of seven participants gained new wisdom about Indigenous-settler relations by listening to the stories and struggles of Indigenous people in Winnipeg, Kenora, Shoal Lake 40 and Grassy Narrows.  I continually found myself conflicted between feelings of awe and discomfort, as I saw such beauty, wisdom and strength in Indigenous culture and traditions but simultaneously felt uneasy as a person of European descent who continues to benefit from the structures of colonialism.

I had read and thought a much about Indigenous-settler relations and post-colonial strides towards decolonization before this delegation. However, hearing stories and seeing sites first-hand gave me a new lens on the ongoing injustices inflicted on Indigenous people and their continued resilience in the face of so many obstacles. I was deeply impacted by the stories of residential school survivors and stories that expressed continued disappointment with the governments’ broken promises.

After spending a couple of days learning about First Nations people in Winnipeg, we visited Shoal Lake 40, a human-made island reserve two hours west of Winnipeg which has no access to the mainland when the ice is forming or melting. The 250 people of this community, living on the lake that is the source of Winnipeg’s drinking water, have no water or food security. Groceries are purchased from the mainland, and since 1997, community members have transported truckloads of five-gallon water bottles weekly to provide clean drinking water. Shoal Lake 40 felt like a different world: buildings were in disrepair and there was no proper waste disposal or sewage system. Could it really be that communities only a couple of hours outside of Winnipeg live in such impoverished conditions? The good news in the story of Shoal Lake 40 is that they are in the process of building Freedom Road, which will give them access to the mainland and lead to new economic opportunities and the construction of a water treatment facility.

One of the highlights of the delegation was the privilege of participating in an Indigenous women’s gathering just outside of Grassy Narrows. We spent a weekend visiting with the women in a large wigwam, witnessing their music, traditions and ceremonies. One of the unfortunate realities was that many of these women were experiencing these traditions for the first time. Elders who remember their languages and traditions have been teaching them to younger generations after a century of forced assimilation to European ways.  Once again I found myself with conflicting emotions. I was in awe of the deep connection these women have to the earth and each other, and the way they celebrate, but felt some discomfort when a couple of the women remarked on there being so many of us white women, which they saw as an imposition.

Throughout the experience of this CPT delegation I reflected on the deep complexities of Indigenous-settler relations as well as how non-native Canadians can benefit from the wisdom of Indigenous peoples.  I also contemplated the next steps that need to be taken to continue down the path of decolonization, which would ultimately restore health, autonomy and prosperity to Indigenous communities. I found some wisdom in Katie Boudreau Morris’ article Decolonizing Solidarity: Cultivating Relationships of Discomfort.

In whatever form decolonization takes, working in solidarity with Indigenous struggles means taking responsibility for our relationship with the land, including the uncomfortable emotions and the personal and national identity challenges that come with that.

Perhaps it is owning our discomfort in Indigenous-settler relations that will propel us to move beyond our own fears towards righting wrongs and working toward mutual respect and acceptance. Owning our discomfort at least signals a willingness to move forward. For the continued improvement of Indigenous-settler relationship to happen, experiences of fully listening to each other as we did in this CPT delegation are pivotal and could advance the process of pursuing justice for Indigenous communities.