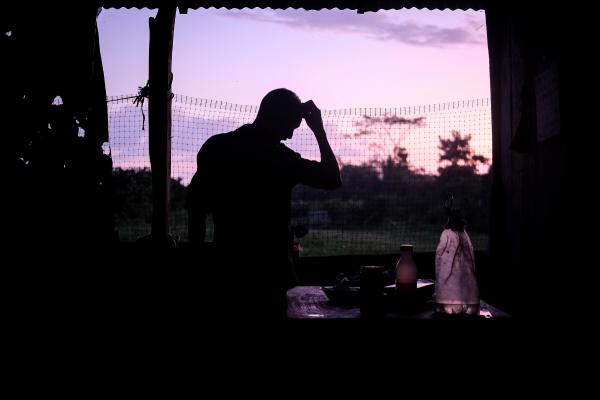 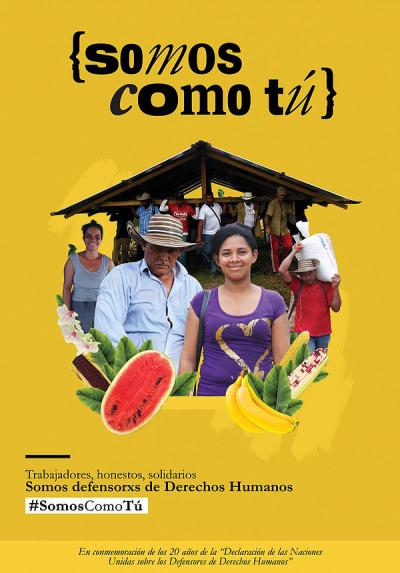 We are like the thousands of oppressed who walk barefoot through life,
We that majority that rise every day to fight for their lives,
We are like all the condemned to survive.

We are like all those who have been denied their rights,
Those who are silenced yet struggle everyday to be heard,
Those who have lost everything, have little or nothing.

Our children also suffer the hunger of our country,
Our children are also victims of war,
As all who resist violence,
We are targets of weapons and excuses for hatred.

We live in the same country as you,
In that country that is bleeding from the war,
A war led by the rich and executed by the poor,
We are like all those poor children of Colombia,
who die among the bullets.

We are those without water, without land, without property,
We are of that 93% that resists violence,
We are of that majority impoverished, displaced and murdered,
We are the last in line,
Those that nobody values, those who are ignored.

We are human rights defenders.
Our job is to defend life,
Defend the water, defend the earth,
Our work is for you.

This poem makes reference to a Campaign called We Are Like You! which aims to change that negative image of human rights defenders and social leaders to one that shows their true face and life circumstances.