Prayers for Peacemakers 15 May 2019 Lesvos 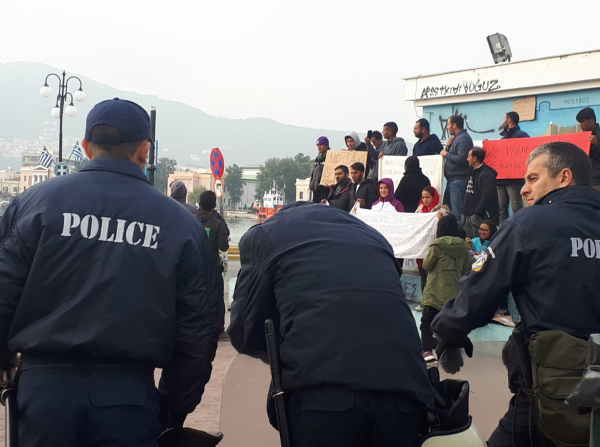 Pray for an end to the use of the legal system to prosecute migrants when they resist the injustices they face.

The authorities on Lesvos have systematically prosecuted migrants in the legal system as a method of repression and to suppress their resistance. CPT-Lesvos monitored the trial of 110 migrants who participated in the protests at Sapfous Square and who were attacked by fascists last year. The migrants were accused of occupying public space, disobedience and resisting law enforcement. The public prosecutor and the jury acquitted them of all charges.

However, the mere presence of migrants at the square and the fact that they were there to protest against the inhumane conditions of migrants in Greece and in particular on Lesvos was enough for the authorities to press charges against migrants on fake grounds.

By prosecuting migrants on baseless charges, the authorities want to suffocate any effort from migrants to resist the unjust and the systematic humiliation they are facing on the frontiers of Fortress Europe, whether that frontier is on Lesvos or in other border areas.

The local and migrant witnesses who came before the court and told the truth, the hard work of the lawyers from our partners Lesbos Legal Center and HIAS could show in this case that the charges against the migrants were false.

Pray for solidarity workers who defend migrants before the court, who bear witness to the systematic criminalisation migrants are facing, who monitor where the imposers and protectors of borders do not want to have anyone who can bear witness to their brutality.