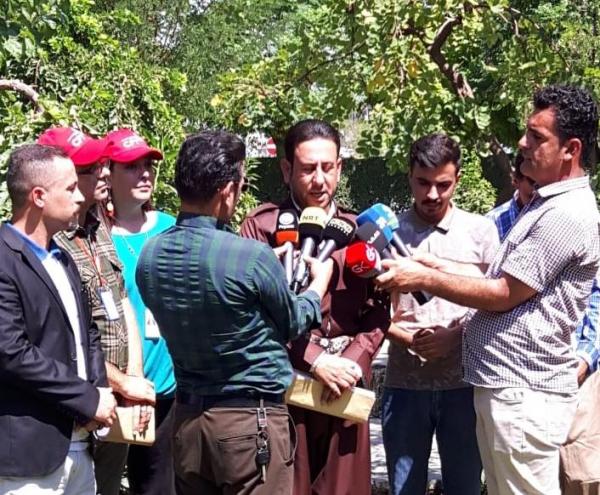 Give thanks for how the voices of families who lost their children, parents and siblings in Turkish and Iranian bombings resonate with a power greater than the noises of death and war. Representatives of the families in partnership with CPT Iraqi Kurdistan held a successful press conference to speak about losing their loved ones and called on governments and armies to take action for peace. We pray that those responsible for the bombings will hear their united voices and respond to their call.

The CPT Iraqi Kurdistan team with partner families whose members died in the Turkish and Iranian cross-border military operations are launching a campaign: “Hear Us Now.” The campaign calls for an end to the bombings, compensations for the tremendous losses that the families sustained and for acknowledgment of the injustice and targeted violence that they suffer. The families are asking that both the Iraqi and Kurdistan Parliaments engage as true partners of the thousands of village residents—whom Turkish and Iranian military operations target daily—in finding pathways of peace. In addition to killing women, children and men in bombings that target cars, houses and fields, these military operations have already emptied hundreds of villages.  And many more villages are at risk.

So together with our partners we pray for miracles. And we speak out and in harmony with the families’ united voices: “Stop the bombing!”

One of the numerous media covering the press conference posted this article:

VICTIMS OF TURKISH, IRANIAN CROSS-BORDER BOMBINGS SPEAK OUT IN SORAN 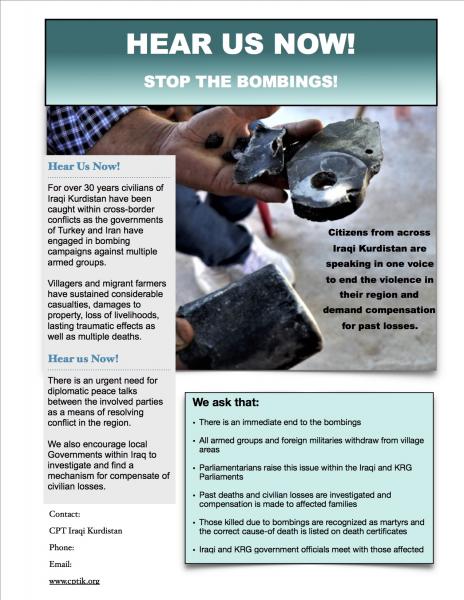