What does accountability mean when migrants who seek refuge at the U.S. Mexico borderlands are regularly killed by Border Patrol officers?
Facebook
Twitter
Email
WhatsApp
Print

Just as the U.S. legal system rarely holds police officers accountable for their use of lethal force, it often offers few consequences to Border Patrol officers for shooting migrants. According to the Southern Border Communities Coalition—an advocacy group formed in 2011—since 2010, Border Patrol officers have been responsible for 200 migrant deaths. Fifty-eight were caused by an on-duty agent’s use of force: shootings, asphyxiation, Taser, beating, or a chemical agent. People have also died at the hands of Border Patrol in vehicle collisions, because of inadequate medical attention, in homicides by off-duty officers, and other causes. In 2021 almost 60 people died during an encounter with Border Patrol—three times as many deaths as in 2019. In addition, fatal car chases increased from two in 2019 to 23 in 2021. In the 90 year history of the U.S. Customs and Border Protection (CBP), which includes the Border Patrol, no agent has been successfully convicted of murder while on duty.

Late on Saturday, February 19, 2022, two Border Patrol agents on horse patrol encountered a group of migrants in the Peloncillo Mountain’s Skeleton Canyon, about 30 miles northeast of Douglas, AZ. The agents apprehended part of the group, but one person broke free after scuffling with an agent. Then, according to a statement posted by the Cochise County, AZ, Sheriff’s Office (CCSO), the migrant “ran approximately six feet away before picking up a large rock and turning back towards the agent making a throwing motion with the hand that held the rock.” The agent then “fired his weapon an unknown number of times as he was in fear for his life and safety.” The Border Patrol agent had killed 32-year-old Carmelo Cruz Marcos, who left a wife and 3 children behind in the state of Puebla, Mexico. According the autopsy report of the Pima County Office of the Medical Examiner, the agent shot him four times—twice in the face and twice in the chest.

The shooting death of Carmelo Cruz Marcos sounds the same refrain as other migrant shootings. Is rock-throwing sufficient cause for an agent to fear for his life and safety? Can the investigative unit of Border Patrol conduct an impartial investigation of their own agents? Was evidence impartially collected? Why did the Sheriff’s office wait until the following day to remove the body to the Pima County Morgue? Why has it not released the map coordinates for the site of the killing? Are the Border Patrol and the CCSO investigations cooperating? Are they genuinely independent of each other?

The faith community of Douglas has joined together to remember the life of Carmelo Cruz Marcos and reach out to his family. On March 1, 2022, the weekly vigil held in Douglas to remember those who have died in the desert held a special remembrance for Carmelo. His mother in Puebla, MX, and his sister in Phoenix, AZ, joined the vigil by zoom. “I want justice,” his mother said through her tears. The following week local people from Douglas, AZ, and Agua Prieta, Sonora, gathered close to where authorities said the shooting occurred to plant a cross and pray for Carmelo Cruz Marcos.

Please join the prayers of Sister Lucy Nigh at the cross planting ceremony:
“We pray that our ceremony honoring his life would bring some comfort to his family. We resolve to continue to speak out for the reforms in immigration policy that could make it possible for fathers like Carmelo to find employment legally. . . [We pray God] will bring healing to the anguish a fatherless family and to the family of the Border Patrol agent responsible for this death.”

Please pray for justice and dignity for all people and a world without violence. 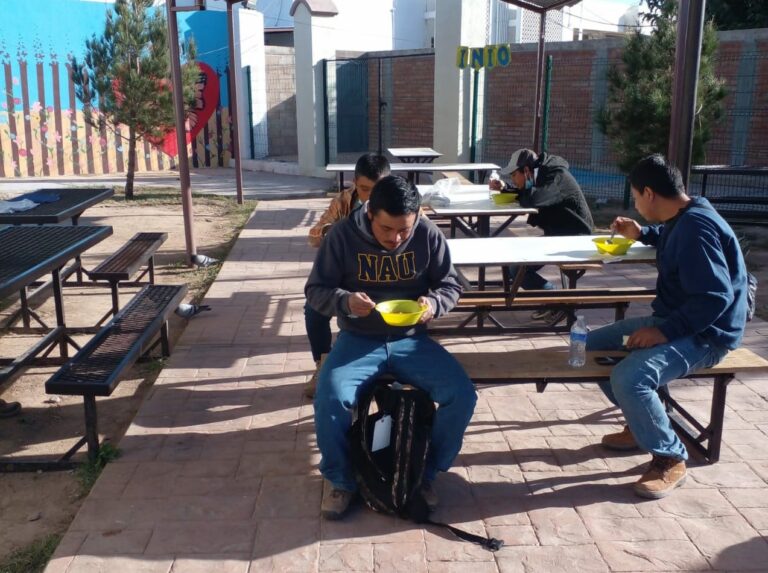 Volunteers at CRM will receive 18-week training on trauma-informed responses to meet the needs of migrants arriving and crossing the border. 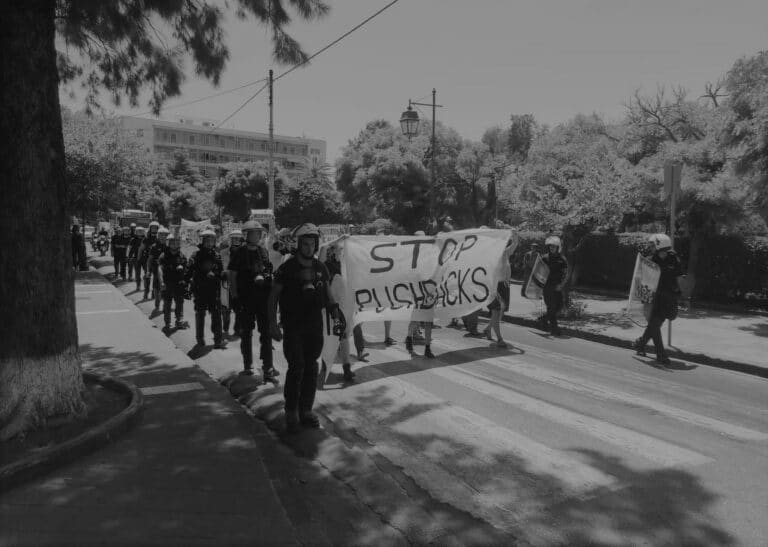 The Greek islands often conjure up visions of crystal clear waters and balconies overflowing with flowers, but violence against migrants continues despite the government’s attempt to cover it up. 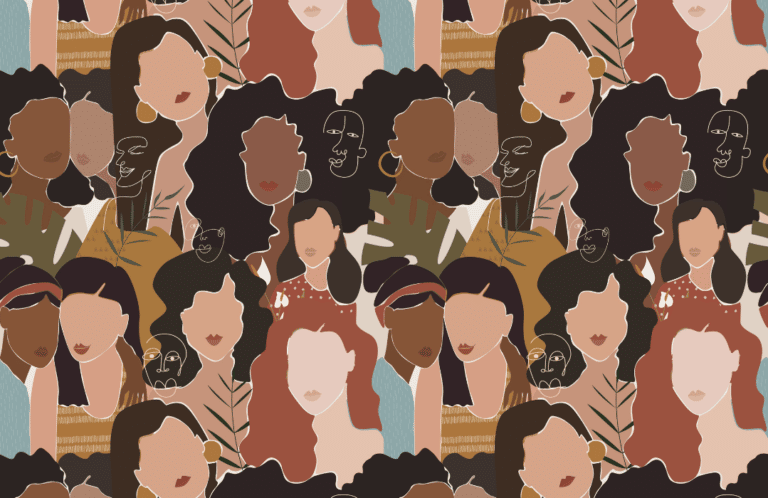 Violence against women must stop

Women across the world are subjected to many forms of violence by their husbands or families, including physical, verbal, and sexual violence.