[Note:CPT’s Iraq team has a new blog, where it includes pictures and information in English and Kurdish on the Kurdish villages in Northern Iraq.  See https://cpt.org/wp-content/uploads/IMG_0316-2.jpg]

CPT visited the village of Daraw on 15 November 2008 and 5 December 2009.  The distance from Daraw to the Turkish and Iranian borders is two to three hours.  The KRG (Kurdistan Regional Government) offers no protection to villagers here, leaving the area to the villagers, the PKK guerilla group, Turkey, and Iran.

Fourteen families live in the village.  They told CPTers that Turkey bombed their homes as long ago as 1998, killing one villager and injuring others.  The bombing in Daraw began again on 15 January 2008 and the villagers fled to the nearby town of Sidikan.  But after eight months, the families returned to Daraw because their resources had run out and they could not continue to pay rent.

According to local teacher, Mr. Arrarat, Turkey provides bombs to Iran, which shells them from the Iranian side.

On 18 July 2009, Iranian shelling injured twenty-year-old student, Mr. Osman, from the village of Zhelea.  The shelling occurred at 9:00 p.m. while he was camping on a mountain close to Daraw.  He had taken his herds there for summer grazing.  His neck and shoulder injuries continue to cause great pain and he has stopped his studies.  Osman’s grandfather reported that the farmers had missed the foaling season for their animals.  He reported his own loss as $8,000.  Last year, the entire extended family had 240 animals.  This year they have only 200 animals, a loss of more than forty animals, because the flock ordinarily would have grown with new births.

Being prepared to flee is part of their lives.  Mrs. Hiro reported that people here are prepared to run at any time, “I didn’t have good honey for a sick baby here, because we keep things at the other place, not in the village, in case we have to run away someday.”  The children also have the same mentality.  Mr. Arrarat said, “When they hear a plane, it is hard to quiet them.  The children leave school and just run home without considering the dangers.  They want to stay with their families.”

For more information on the Soran district, including a map, see pp. 16-17 of “Where there is a promise, there is a tragedy.” 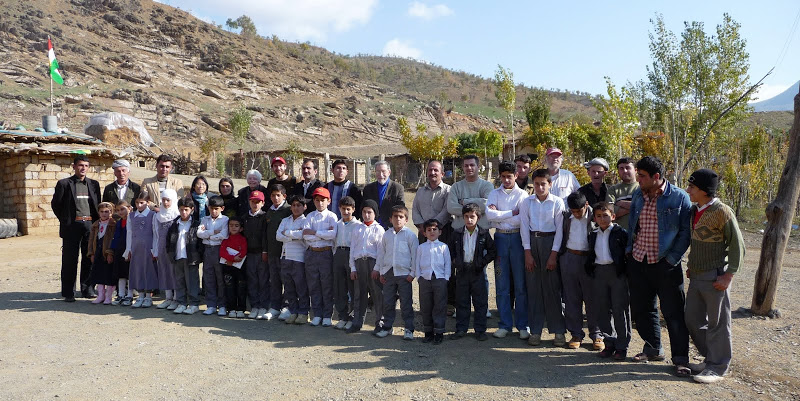