This place was the stronghold for Saddam’s Ba’athist regime in Suleimaniya.  The ‘Red Security Prison’ is surrounded by high walls topped with barbed wire.  The buildings are still pockmarked with bullet holes—except for one.

In March 1991, while Saddam’s attention was divided between keeping his thumb on the Kurds in the North, and his invasion of Kuwait to the south, the Kurdish ‘Peshmerga’ militia came down from the surrounding mountains and converged on the Red Security Prison.  Despite the fact that the Ba’athists knew the Peshmerga were coming, they remained, were besieged from all sides, and could hold out for only a few days.

The Kurdish Peshmerga, upon entering the complex, stormed administration buildings and barracks, guard towers, tanks and artillery pieces.  In the core of the complex sat the building that still had no bullet-holes in it.  They had not attacked it, because they knew that inside fellow Kurds.  Imprisoned.  Interrogated.  Tortured.  Raped.  Killed.  Some were fighters.  Most of those killed were teachers, religious and political leaders, journalists.  Mostly they were killed just for being Kurds. 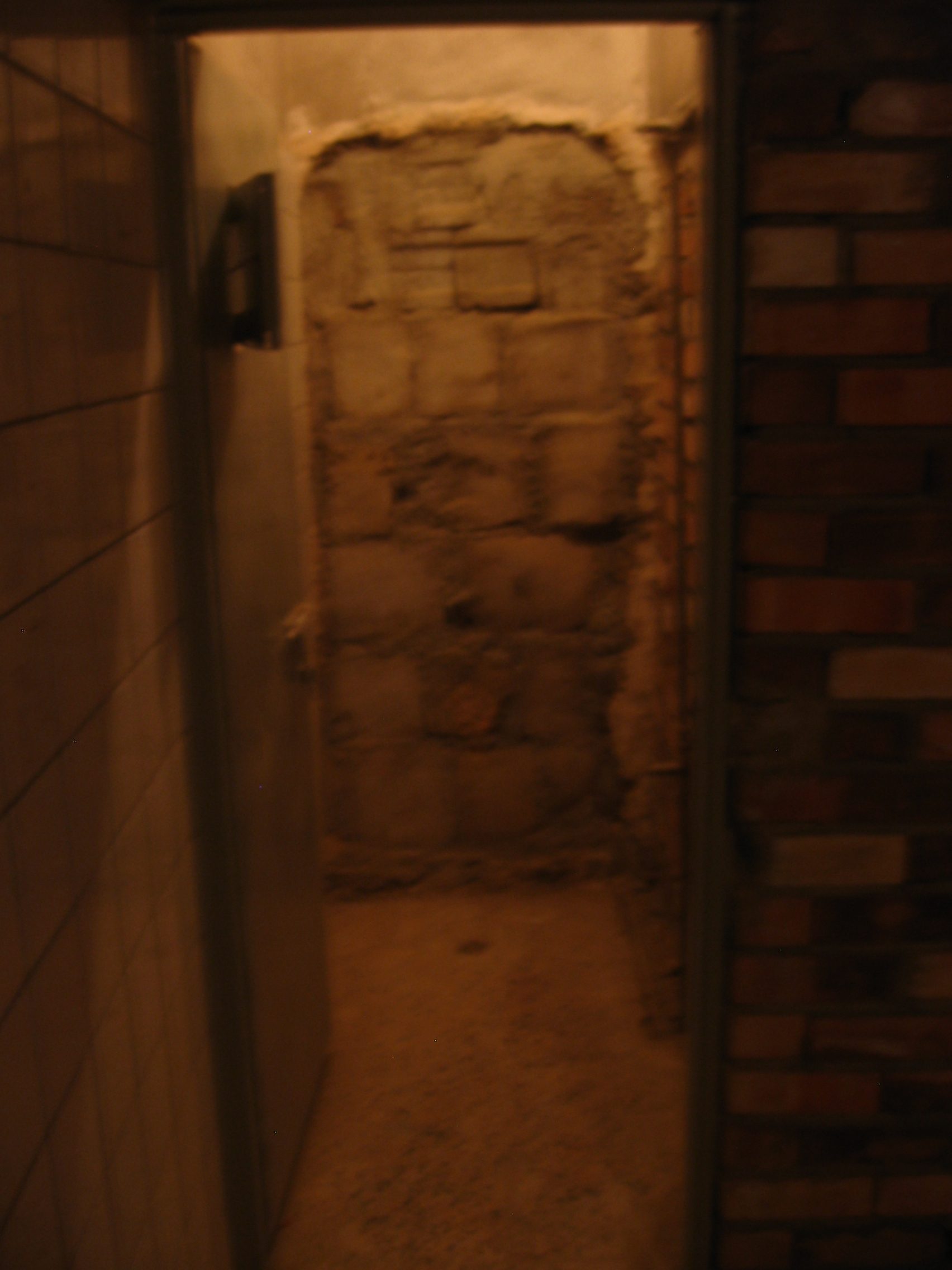 Solitary confinement, about 3’x3′, including a toilet (which was never emptied)

Walls of cracked plaster scrawled with pencil.  Names and dates.  Hometowns.  Prisoners trying to remind even themselves of who they were, that they themselves were still alive.  A drawing of a woman; someone’s wife, maybe.  A house on a hill, surrounded by tall trees.  Mountains.  Once-red handprints and smears now browned with age.  A drawing of a bird in a cage.

There was a baby girl born in this prison, and though her mother was killed, she still lives in Suleimaniya today with a family of her own.  Her name means ‘tears’ in Kurdish.

Today, this fortress is a museum, dedicated to the memory of the Kurds who were killed and tortured and as a reminder of what happened here and all over Iraq to Kurds and Shi’a under Saddam. 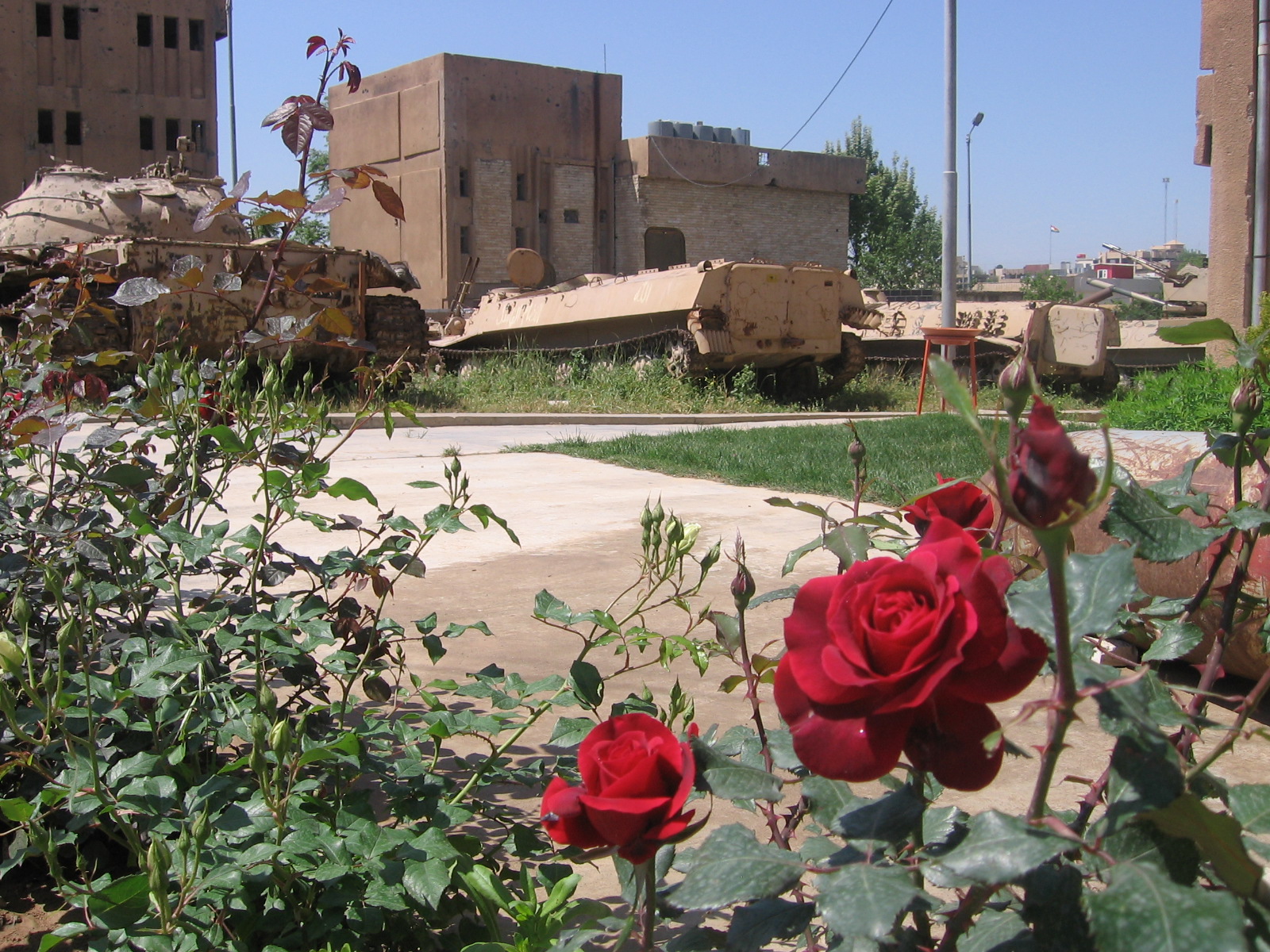 Some of the old Ba’athist military hardware still sits on the grounds, amid grown-up wildflowers and deep red roses.

In the bullet holes of long-silent rifle shots flit nesting sparrows, eager for spring and no-doubt thankful for this year’s plentiful rains.  Some pigeons flap noisily in and out of the open windows of the old administration building.  There are doves here, too.
Categories
Iraq