“I felt
responsible to go to the demonstrations after the violent response of the
authorities to the protesters on 17 February,” Mamosta Mullah
Kameron Ali Khwarham told two members of CPT as they sat in his home in
the village of Faraj Awa, just southeast of Suleimaniya in the Kurdish region
of Iraq. “I wanted to let the protesters know that they are not alone, that
some of the religious leaders are with them.” 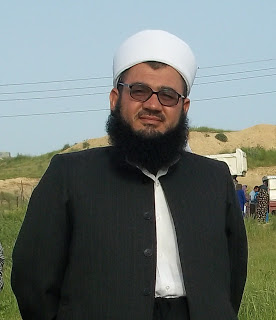 Mullah Kameron
was arrested twice after speaking out in the anti-corruption
demonstrations in Suleimaniya that lasted 62 days, from 17 February to 18 April
2011.

“There’s a
passage in the Holy Koran that says if you see those in power oppress
the poor, but you remain silent and don’t do something about
it, you are standing with the powerful,” he said. “Islam
teaches us that there is no justice without freedom and freedom brings
justice.”

In his speeches
at the demonstrations, Mullah Kameron called for a revolution
without violence — a “jihad.” He urged the armed militias to put
down their guns. He appealed to the demonstrators to see the soldiers as
their brothers and not throw rocks or hurt them.

“The
authorities took my words and twisted them to use against me,” Mullah
Kameron recounted. “They picked out the word, `jihad,’ and made it look like I
was advocating for violence. Government leaders threatened me. Anti-terrorist
forces came to my house, put a mask on my head and arrested me. They took me to
jail and tortured me after charging me with encouraging people to participate
in illegal demonstrations.”

When he was
charged under the antiterrorism law, which could have brought the death
penalty, 50 local pro bono Kurdish lawyers from the Independent Group
of Lawyers, local protest leaders, and members of the international
human rights organizations, Christian Peacemaker Teams and Amnesty
international, helped put pressure on authorities for his release. After
listening to his whole speech recorded by KNN-TV, in which it was
clear he was calling for a peaceful struggle, the judge reduced his case
to a civil charge. He was fined and released.

Coming from a
lower class farming family, Mullah Kameron has long felt the pain of the
workers. From his youth, he was gifted as a mediator. He felt compelled to
stand with those with little power and to speak out concerning
social, economic, or political problems in society.

As he spoke to
CPTers in his home, he took time to respond to his four children and held
them affectionately on his lap. He helped his wife serve the food
and included her in the discussion circle.

Mullah Kameron
explained that the authorities often sent in provocateurs to throw stones,
after which security forces responded with firing into the crowd. They
created violence in order to discredit and stop the protests. “The
problem is not with our country or the government itself, but with corruption,
injustice, and inequality,” he said. “So the leaders should step down.”
Now, after the brutal crackdown on the demonstrations, he has little hope for
the current situation to change.

He spoke harshly
about the support the powerful countries of the west gave to corrupt
and dictatorial leaders in the KRG and around the world, thus allowing them to
crush their people. “The U.S. has two faces,” he said. “They promote democracy
for their own people and dictatorships for the rest of us, to serve their
purposes.”

He concluded the
conversation with a plea. “You must try to get your government to
stop supporting the violence and corruption of our government.
Please help your people see that there are many people outside your
country who do not have the freedom to demonstrate as they do. Help them to
want this freedom for all.”