COLOMBIA REFLECTION: Against all odds

As you walk in 44˚C (111˚F) heat and 100% humidity, there’s
a lot of time to think about where you came from and where you’re going. In
this case our Christian Peacemaker Team delegation was heading to Garzal, a
small community of hard-working Colombian farmers living in the shadow of
multinationals and paramilitaries. In Canada we are part of the conversation
around how the 1% affects the 99% and how our laws often favour the wealthiest
at the expense of the poorest. Colombia has some great laws protecting the
community we were visiting, yet as we trudged through the mud, it was apparent
that a neutered enforcement maintains the status quo – the rich stay rich and
the poor get displaced. In a country of around four or five million displaced
people, will a few more be noticed?

Once in Garzal, it’s hard to miss shining
examples of leadership and solidarity. Don Salvador has led this community
through death threats, multinational coercion* and the dangerous residue of a
paramilitary drug trade. Atypical of most leadership is the way he’s raising
other leaders from within his community to take on key responsibilities – a
wise strategy in a place where campesinos are seen as obstacles needing to
disappear to make way for greater profits. 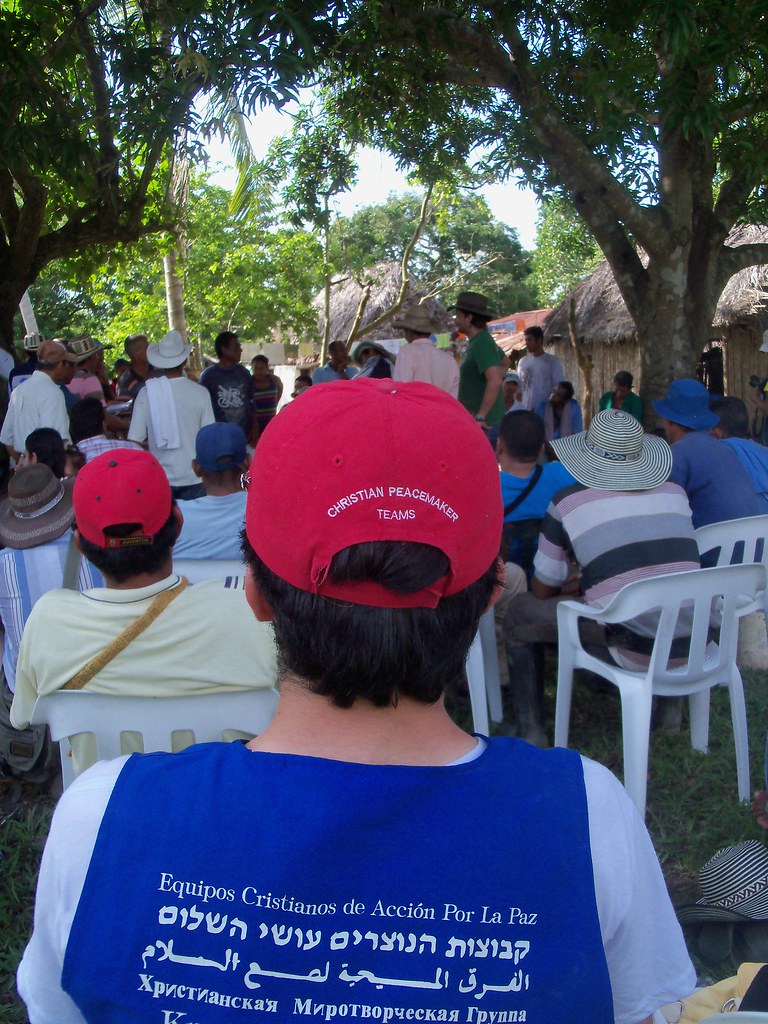 Sitting under a mango tree, we listen to
farmers who gathered to encourage us to stand with them. Why? Because this is
what friends do when facing forces that try to make people give up, shut down
and disappear. I am truly thankful that I’m in the presence of a different type
of people. The place I come from assumes everyone can move to another city to
avoid unpleasantries. These people understand that who we are originates with
how we face challenges. They know that this harsh climate produces life from a
land that will sustain hopes for their children and their community. The beauty
of this land and the strength of its people are far too visible, even to North
American eyes socialized to see opportunities for immediate gratification. They
teach me what a privilege it is to be in the presence of “the least of these.” They
are my brothers and sisters.

The concept of the 1% versus 99% ends up
taking on new dimensions in this community. The lawyer for the community tells
us that the Colombian government has given multinationals concessions to 99% of
the region.** In other words, the 1% owns 99% of the land and resources. Yet, one
of the lessons we’re learning about this uneven ratio is that even when the 1%
own 99%, they aren’t happy; they lust after 100%. Sharing is not part of their
vocabulary, but domination is. Maybe it’s time to envision a new destination,
one that values people over profit, where percentages matter less than the
people they represent.

*Coercion from multinationals in Garzal has not yet happened. Shell has explored for oil in the region.

**This was a misunderstanding.

CPT Colombia apologizes for these errors.