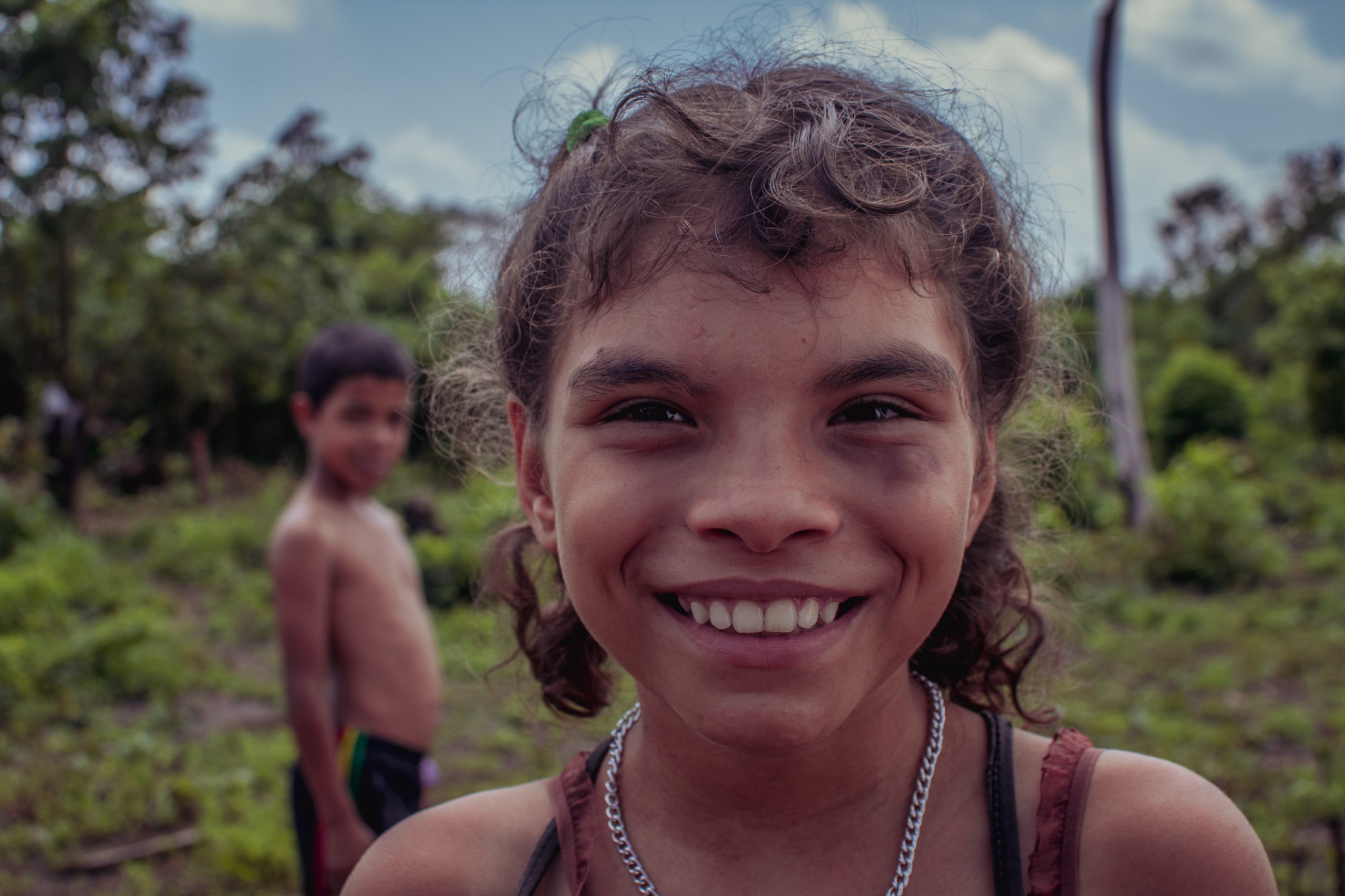 The first time I met my hero she was one of a dozen dusty,
carefree children congregated like a school of fish on the edge of town as they
dreamed up their next adventure.  Buenos Aires looked like of the best
places on earth to be a kid: a small, quiet riverside town with a whole jungle
out back to explore, where they were free to be queens and kings of their own
destiny.

It was a warning to me that singled her out from this mob of
Indiana Joneses: “That one over there—the angelic, sweet, little girl with the
springy curls and big smile?  She’s a handful.  Give her a foot and
she’ll take a mile.”

Jimena sure is a handful—a handful of spunk, spirit, and
joy.  She’s nine years old and she wants to be a doctor when she grows up
to help people with heart problems.  Her toothy grin and the way she
snuggles up under my arm and into my heart leaves me no doubt that she’ll save
many lives.

When I met her for the second time, she was living in Las
Pavas with her two older sisters and her parents.  If Buenos Aires is the
best place to grow up, Las Pavas might be one of the worst.  As the daughter
of a Colombian subsistence farmer, Jimena carries a bulls eye on her back while
she tries to avoid the daily darts of hunger, harassment, gunshots, illness,
and rape.  The 123 families of Las Pavas are part of a national struggle
for land rights, up against a government more interested in foreign investment
and capitalism than human rights and food security.  The Colombian
authorities on a regional, state, and even national level have turned their
backs on the people of Las Pavas, allowing a large-scale palm oil company to
appropriate the land for palm plantations, the fruits of which are a lucrative
cash crop for export.

Amidst the atmosphere thick with tension, frustration, and
desperation, Jimena is a source of light.  The curls on her head reflect
the buoyancy of her soul, and the energy that moves her is contagious.
Her curiosity is insatiable and in her rush to get all of her questions
out, she will often mix up her R’s with her L’s.  We enjoy swinging upside
down in hammocks and cheating at dominos.

I don’t want to give the wrong impression.  Jimena
isn’t immune to the violence she has to face daily.  She calls the palm
company security guards names, and she tells me she wants to throw rocks at
them.  Her smile disappears and her body tenses when she recounts the
threats of rape she receives when she walks an hour to Buenos Aires for school.

It is a difficult lifestyle.  But her family has chosen
to live in the midst of conflict, giving up amenities like running water and
electricity in order to defend their right to the land and Jimena will not give
up.