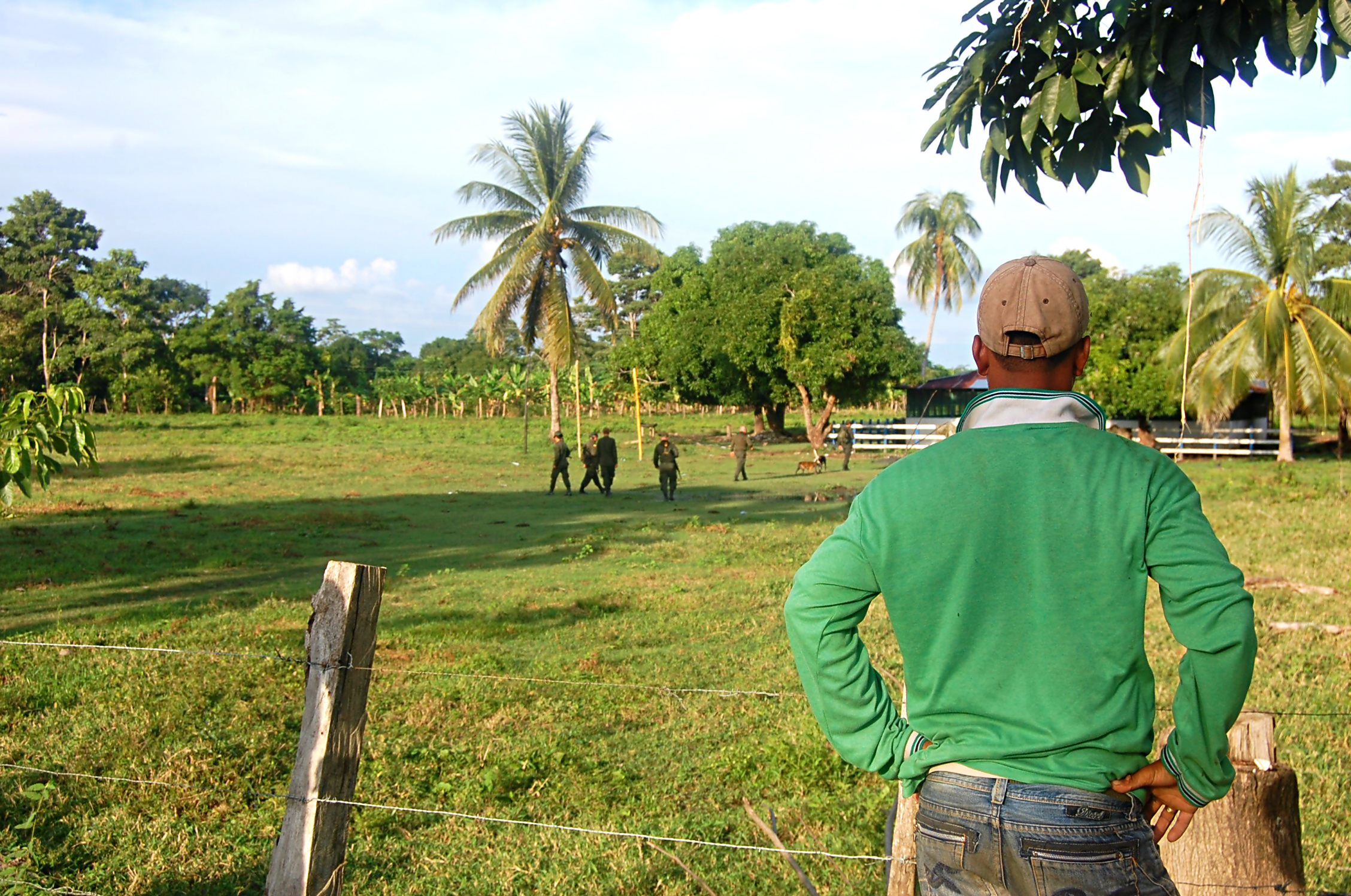 Within an hour of arriving, 164 riot police had taken
control of the house and removed all community members from the property.
Shortly after, unidentified men began to move into the house with
suitcases.

They have remained in the house since, accompanied by the
police for three days.  On Thursday, 30 October, the men removed a fence
and began to chop down trees on the neighbouring farm with police
accompaniment.  The community confronted the police about their partiality
to Lopez Henao’s men and their illegal actions, and upon orders from their
colonel in Barrancabermeja, the police asked the men to rebuild the fence along
the original borders.

On 4 November, the attorney general’s office summoned two
community members to make a statement against claims from Lopez Henao that they
had threatened him and invaded his land.

The community has now built
three houses around the property limits of Rincon’s house as part of a
self-protection plan in light of the unknown men living in the house.