IRAQI KURDISTAN: Collecting the names of the missing

CPTnet
6 December 2014
IRAQI KURDISTAN: Collecting the names of the missing

Last month, Alicja Zasadowska, an intern with the Iraqi
Kurdistan Team and I accompanied our partners, the Zhyan group, to Duhok to
visit the Khanke IDP Camp, about a seven hour drive through the mountains.  The Khanke camp is currently the home to
several thousand families, mostly Ezidi/Yazidi from the Shangal Mountain
(“Sinjar” in Arabic.)  According to
others who had traveled there earlier in the fall, the families are recovering 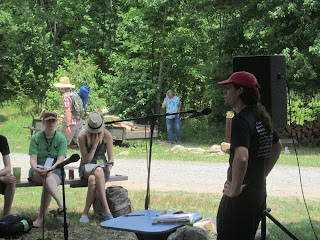 well given the circumstances, but you can still see the scars of where they
were sunburned from spending days on the mountain with no shelter or water.

This visit was truly one of the most humbling
experiences of my life to date.  We
spent a weekend collecting the names of 961 women kidnapped by ISIS (we noted
the names of men on a separate sheet).  I am sure we could have collected many more names had
time allowed.  We simply went from one
UNHCR* tent to the next, sat with families, and heard their stories.  One man with whom we spoke has
sixty-six missing family members, another twenty-eight.  At times, it felt like the grief
and the list of names would never end.  Even as the sun set on
us and the camp closed for the evening, we heard of more buses on their way to
the camp from Kobane, Syria. 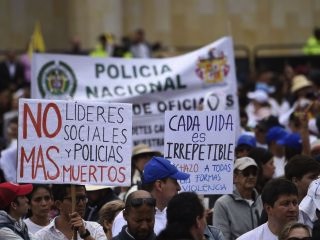 Along with sharing the names of their family members, people
expressed their concerns about the weather.  One man shared with us that he had “family that died because
they couldn’t escape ISIS, family that died on the mountain, family that died
on the long walk to the camp, and now those that survived will die in their UN
tents from the cold.”  Winter is
fast approaching; the nights are already down to 42 degrees Fahrenheit/
6 Celsius.  The families
are no longer allowed to have heaters in their tents because two tents burned
down due to a heater fire that killed two adults and three children.  The Kurdish Regional Government and the
UN are trying to come up with solutions but are losing to the pace of the oncoming
weather changes.

Even among this sorrow, children played soccer, braided one
another’s hair and hugged teddy bears and dolls.  Parents held babies, cooked what food they could and folded
blankets neatly.  Life continues
and hope continues where it can.