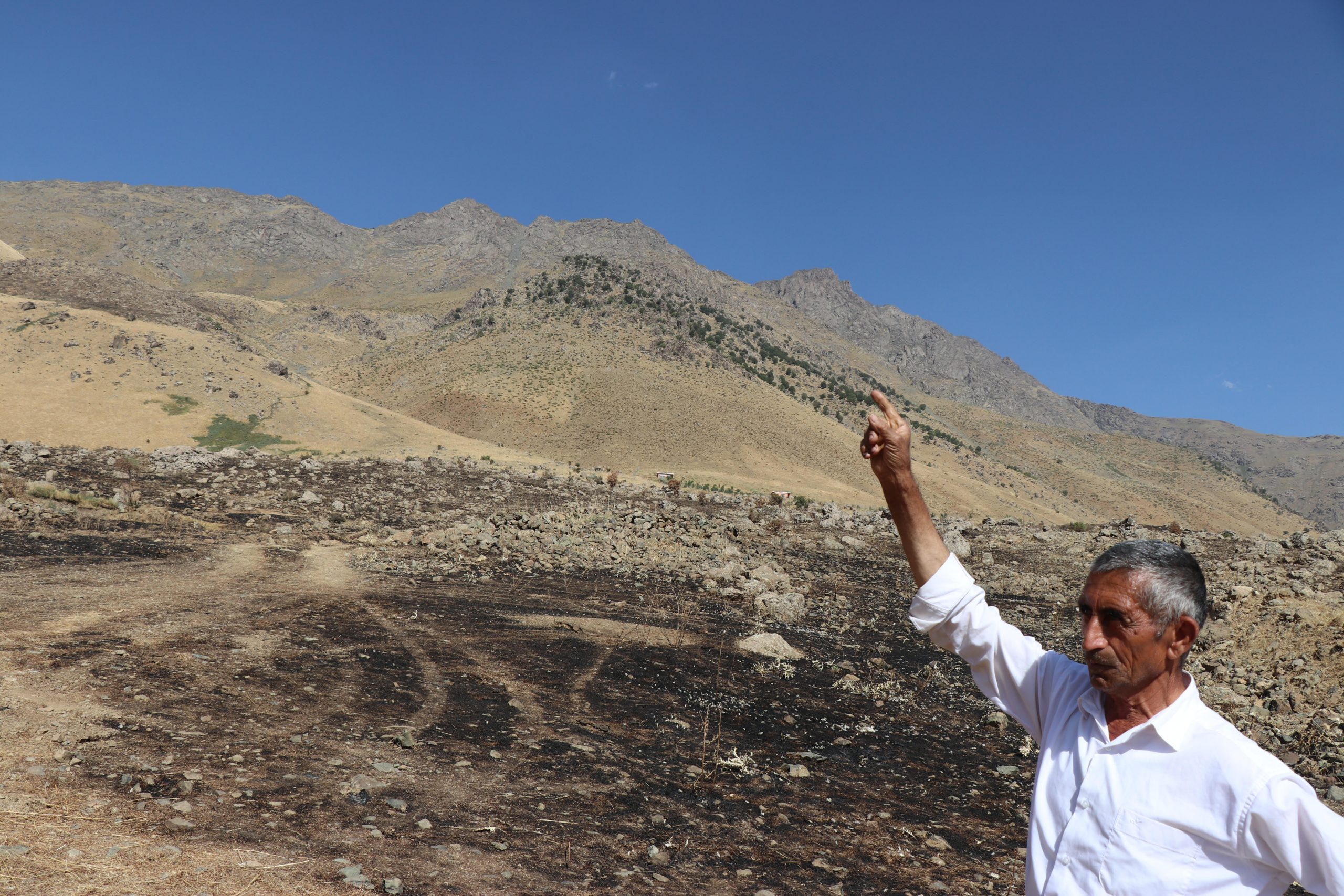 Pray for Kak Ibrahim and other farmers in the village of Barbazin, whose farmland has been burned by Iranian shelling.  Pray for their safety and for strength as they continue to cultivate and harvest what crops they can salvage.

For the past three years, the Iranian military has been periodically shelling Barbazin and other villages close to the Iranian border, in order to fight members of the Kurdistan Democratic Party of Iran (KDPI), an Iranian armed resistance group.  But it is the civilians in the area, the farmers and shepherds, who suffer the most from these attacks.  Those continuing to work their land and who are determined to remain in spite of the bombing, do so under great stress and fear for their lives. Kak Ibrahim estimated that farmers in his village have lost about $40,000 in income this year, because of the sporadic bombardments.