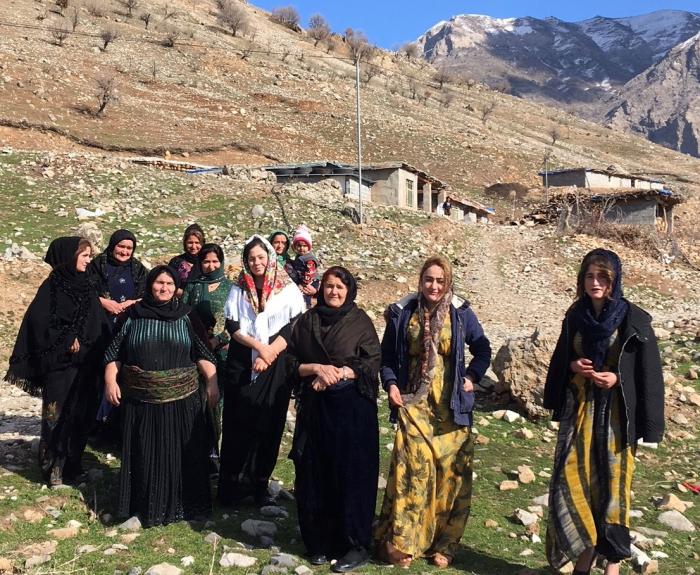 The women of Basta Village in Iraqi Kurdistan come out to support Afrin, Syria as Turkey prepares to
invade in February 2018

Pray for the end of the Turkish state’s plans for the full-scale invasion and ethnic cleansing of the Kurdish, Yezidi and Syriac Christian people of the Democratic Federation of Northern Syria. Stand up and say, “No more!” to the governments, businesses and political figures who ally themselves with Turkey with their words and with their armament sales—an alliance that will encourage genocide and the destruction of hundreds of thousands of lives.  Pray and speak up also for the withdrawal of  the Turkish army from more than one hundred Iraqi Kurdish villages.

The Turkish state continues to move an immense military force with tanks and heavy weapons to the border with Syria and claims that no matter what they will attack. From the east, the Turkey-backed jihadi militias and from the south the Syrian military are also preparing to attack the region that its multi-ethnic leadership of Kurdish, Arab, Syriac Christian and other people named the Democratic Federation of Northern Syria. The withdrawal of US forces will open the way for massacres and displacement of hundreds of thousands to take place. The silence of the world while Turkey and its jihadi militia partners brought war and destruction into Afrin’s oasis of peace and multi-ethnic coexistence might soon become a prelude of this much greater genocide.

As peacemakers who believe that “nonviolence is the way,” we are faced with a great challenge. We do not have a worldwide movement strong enough to stop the Turkish military and to help end the war in Syria. How do we prevent what seems to be an imminent invasion? The war in Syria is fueled not only by the destructive ideologies, nationalism, international power games, and opposition to them, but also by money. The international multibillion contracts with Turkey on warplanes, missile systems, cars, or gas pipeline, among others, seem to take priority over life once again.

Christian Peacemaker Teams partners with Kurdish, Yezidi and Assyrian Christian communities across the arbitrary border east of the Democratic Federation of Northern Syria, in the Kurdistan region of Iraq. Having witnessed the destruction that the Turkish airstrikes, artillery bombardments and occupation has brought on our partners and the war on our dear friends from Syria, we pray and hope that enough people around the world stand up and say, “No more!”

Links used in the Prayers: