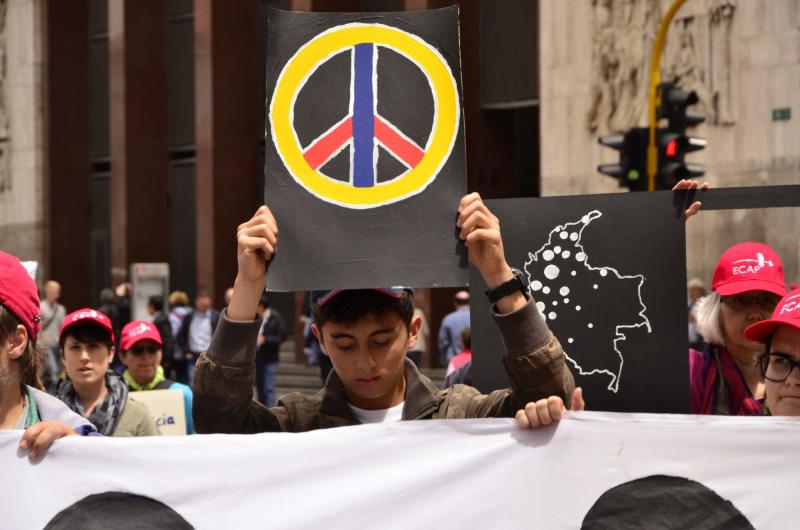 On the morning of Thursday, 17 January a car bomb exploded inside the grounds of the General Santander Police Cadet Academy in Bogota killing twenty-one (including the car driver) and injuring over seventy people.  In a declaration sent on Monday, 21 January, the National Liberation Army (Spanish acronym, “ELN”), Colombia’s largest remaining guerrilla group, claimed responsibility. It declared the attack a legitimate act of war, because the attack was carried out against a police station.  It also justified its actions by saying that the Colombian military carried out attacks against the ELN in December. The ELN had declared a unilateral ceasefire during December as a show of good faith in advancing a negotiation process that could lead to a permanent agreement.

Former President Juan Manuel Santos began negotiations with the ELN in February 2017, but talks have been on hold since President Ivan Duque took office in August 2018. After the attack, he ordered an immediate reinstatement of arrest warrants against the ELN commanders negotiating in Cuba, demanding that they be immediately be extradited to Colombia.  The U.N. publicly condemned the 17 January attack but encouraged the government to continue negotiating towards a political solution to end the war.

Colombia has been living in a state of tense calm for the past two years as everyone has been waiting to see if peace would come through the agreements signed in December 2016 between the government and the Revolutionary Armed Forces of Colombia (Spanish acronym, “FARC”).  President Duque won the election last year partly based on his opposition to the agreement signed by former president Santos, because from his perspective the agreements were too soft on terrorists. This recent attack by the ELN has given him strong ammunition to do what he wanted to do since he took office: end the talks with the ELN that began with the former government.

Amongst those who believe that peace is achieved through dialogue and justice for everyone, many fear that the ELN’s attack on the police academy and Duque’s response of ending negotiations will send Colombia back to a time of intensified armed conflict.

Colombia’s social, economic, cultural and armed conflict will not be solved with the laying down of the guerrilla groups’ weapons. There are other illegal armed actors including, right wing paramilitary structures that continue to intimidate society. Over 100 community and human rights leaders have been assassinated since President Duque took office in August last year. The agreements signed with the FARC in 2016 had succeeded in a small way to open the conversation around the root causes of the conflict such as land distribution, education, health, serious corruption etc. Unfortunately the bombing on 17 January gave President Duque and those who would like to shift the conversations back to war the fuel to do so.

The political climate is tense, yet in spite of all the obstacles and varied opinions on how to achieve peace, on 21 January thousands of people marched across the country calling for an end to violence. Let us hope that those who wish to continue on the path of war hear this message.