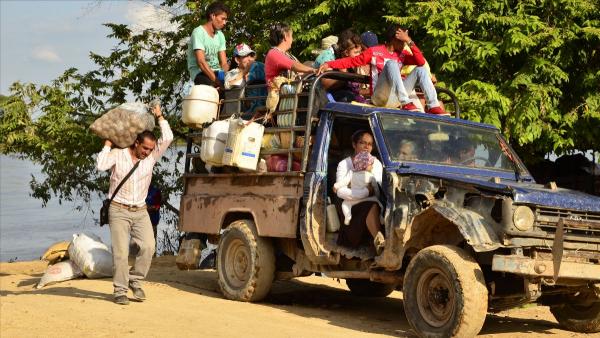 On 25 July, CPT Colombia invited you all to stand for peace and justice in Micoahumado. With joy and gratitude we announced that just about 300 people signed the petition to ask the most relevant government authorities in Colombia to

Since the early morning of 15 July when nine community members were arrested by state forces and over 400 people decided to protest blocking a main regional road the predicament of Micoahumado has attracted the attention of increasing numbers of people. On 2 August, with representatives from several national institutions, the government carried out a verification mission to Micoahumado with the purpose of gathering evidence on the current situation in the region and collecting the testimonies of the witnesses to the arrests. The community continues to claim that these arrests were carried out with several irregularities.

Unfortunately, the Ministry of Interior has only promised more militarization of the region and insists on an unconditional support of the public forces. This response raises great concerns from a human rights perspective. It requires the armed forces to have continuous supervision, appropriate training and mechanisms of accountability, all criteria, which the military often do not meet.

CPT Colombia will continue accompanying the community of Micoahumado and support their struggle for peace. If you want to support civil peace initiatives like theirs, please consider donating to Christian Peacemaker Teams so we can continue this work.