IRAQI KURDISTAN: “Just imagine what it is like for us”| Hezanke citizens speak about living under Turkish military bombings 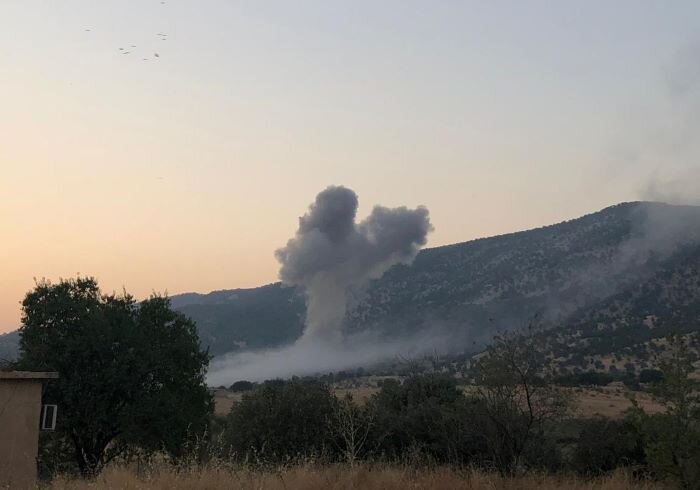 The smoke settles as a second bomb strikes on October 4

The Turkish military dropped five bombs near the village of Hezanke, in the Nahla Valley of Iraqi Kurdistan, on Friday 4 October. Two days later Turkey dropped six more bombs near Hezanke.  The planes regularly conduct airstrikes in the area but this attack was the closest that bombs had ever come to the villagers’ homes. 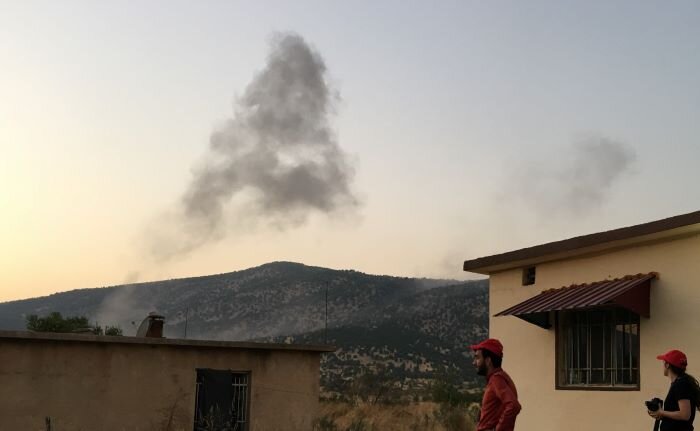 CPT Iraqi Kurdistan team members were staying in a neighbouring village at the time, in an effort to provide protective accompaniment to the villages of Nahla Valley. Some of these villages have seen 80% of their population displaced since the bombings began. In the evening of CPT’s first week accompanying them, the village shook as each rocket hit the foothills of the mountains, creating mushroom clouds and fires that soon covered the area in smoke.

At 5:50 p.m. the first bombs hit as people were getting ready for the night, making their way home from the fields, cooking dinner, and getting children ready for bed.

Kak Ewan said his father, Kak Auetr, the village’s leader, was locking up their animals for the night in a shed a little distance away from the rest of the family when the bomb landed less than two km from their house. With only one car, they had to wait anxiously for Kak Auetr to get home before fleeing further down into the valley.

“Just imagine what it is like for us,” Kak Auetr said, “Sometimes I am walking when I hear a noise and get scared it is another bomb.” He told CPT about how his daughter had brought his little grandson to visit. The Turkish military began bombing and his grandson curled up on the floor, shaking and covering his ears. “It is a very bad situation for us,” Kak Auetr said. “Hour-by-hour and day-by-day it is getting worse. It has been five years that we have resisted leaving, but we cannot keep going on like this”. 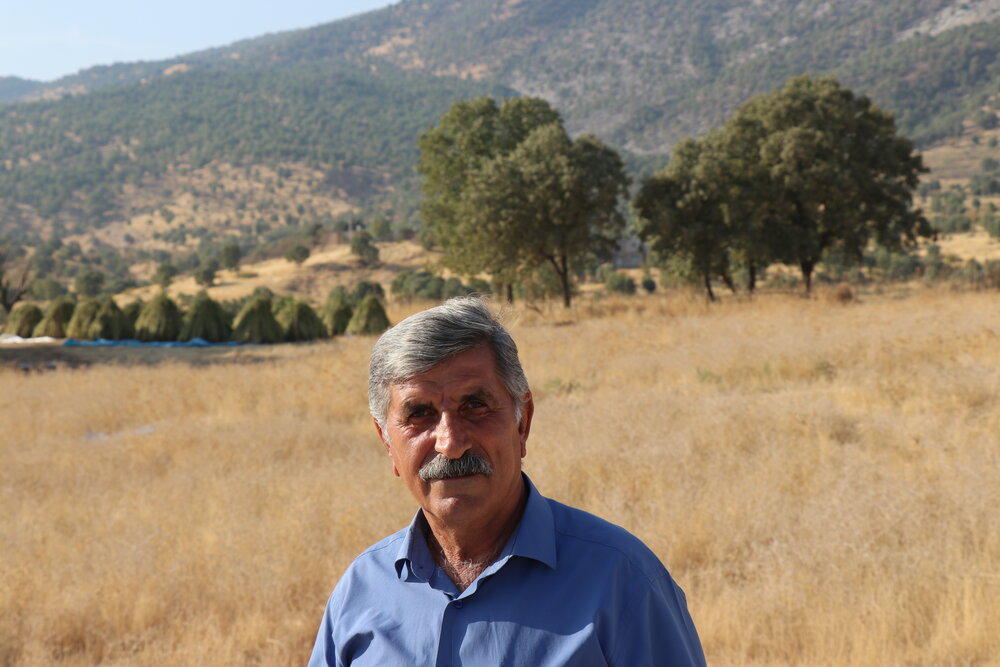 Kak Auetr stands on the road. His home lies behind the trees, right under the mountains covered in ash.

The village of upper Hezanke used to have 15 families. But, when the bombing intensified five years ago, they began leaving. Kak Auetr told us that for the past year only he and his son’s family have remained.

“One of my sons has already left because of the bombing and is living in Arizona. He rings us and begs us to leave. Always we have told him, no we want to stay here in our beautiful nature, but it has been five years and we can’t do this anymore

“They [the Turkish Military] have burned all our fields. Three of our cows were killed, others were injured, and those that were pregnant are miscarrying…. My animals are my livelihood, I can’t live without them.”

“Please,” Kak Auetr asked, “Tell the international community about our life we have. We and our children are innocent. What is the problem? Why are the USA and other western countries staying silent?”