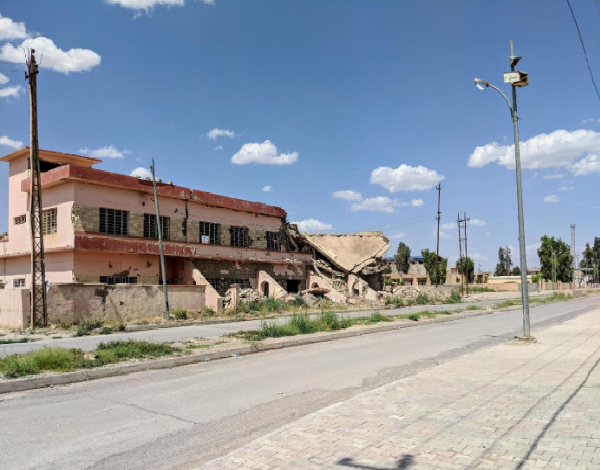 The ancient biblical land of Nineveh in contemporary Iraq knows the hell of war in this century from the U.S. occupation and recent ISIS oppression. Iraq has struggled to regain control from all oppressors.

Last June, CPT was unexpectedly able to travel from the Kurdish region into the Nineveh region of Iraq.  Signs of U.S. oppression are still evident in bombed buildings in Qaraqosh. Signs of ISIS occupation are still evident in burned churches. Fire destroyed the chapel in one church CPT visited and blackened the cathedral, although the sanctuary is again being used for worship. 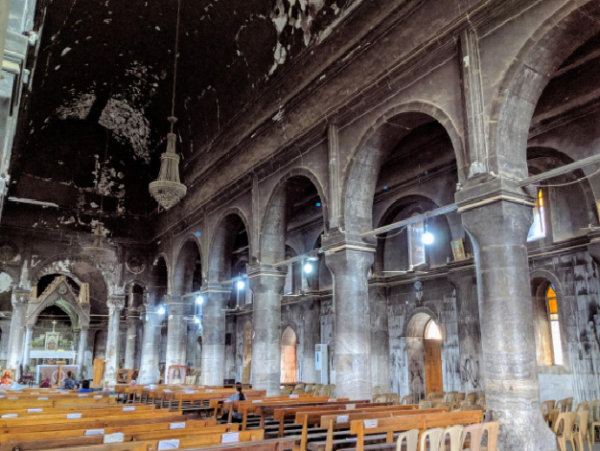 Un Ponte Per (“A Bridge For”) invited CPT to participate in a Nineveh regional peace conference. The Italian based NGO, Un Ponte Per was founded after the first U.S. invasion of Iraq in 1991. As the Italian name indicates, UPP’s purpose is to build bridges rather than drop bombs. UPP collaborates with Iraqis and other NGOs on the “Nineveh Paths Towards Just and Lasting Peace” project.

On 2 June, a conference was held in Qaraqosh, a Christian town on the Nineveh Plains of Iraq, to celebrate their efforts to build a just and lasting peace. “You need a heart as well as your mind to build bridges of peace,” declared Martina Pagnatti, UPP president, in her welcome to the Nineveh Paths conference participants. She expressed gratitude for and offered encouragement to the diverse peoples of the Nineveh Plains, saying, “Your heart is big and your hope is strong!” Martina addressed her words to Muslims, Christians, Ezidis, and others who were present and are committed to building a new visionary Just Peace together.

Her words rang true in my heart and mind, and stood out in stark contrast to the hollow “winning hearts and minds” refrain emanating from U.S. wars over the past half century. 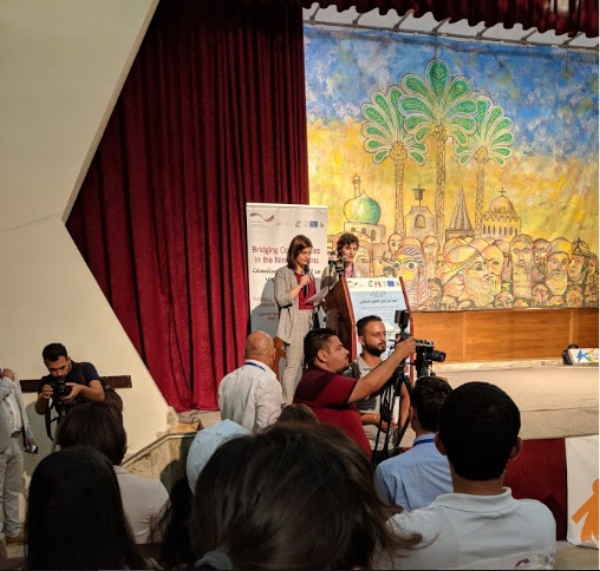 In the early days of the Nineveh Paths project, Kai Brand-Jacobsen identified the painful context that requires their long-term work of healing and peacebuilding in Nineveh Paths Towards Just and Lasting Peace (2016):

Nineveh is in one of its most difficult and painful periods in its history. Millions of people have been displaced, thousands killed, and thousands of women have been abducted and raped. Every citizen of Nineveh has been affected…Out of this tragic context, Nineveh Paths participants embrace an imaginative vision and embody an impressive commitment to unite Muslims, Ezidis, Christians, and others in a quest for Just Peace that transcends the root causes of violence and the tragic legacy of war. Their effort is living testimony that Peace is built not upon ‘vanquishing’ and defeating the other, but creating something better that gives hope, dignity and rights for all people. It is far more difficult than war to achieve, and it takes far greater courage and commitment. (Brand-Jacobsen)

Their vision for Just Peace encompasses all people and communities and all institutions and structures of the region. It includes empowering women with central roles in community peace building. “Peace needs the fingerprints of women,” declared one woman to conference participants. Peace education for all children and youth of the region is another commitment. Trauma recovery that supports and empowers people devastated by war is yet another component. Restorative justice is the heart of their vision to build Just Peace for all.

Will we hear their voices, see their views, and join them in building a world of Just Peace?