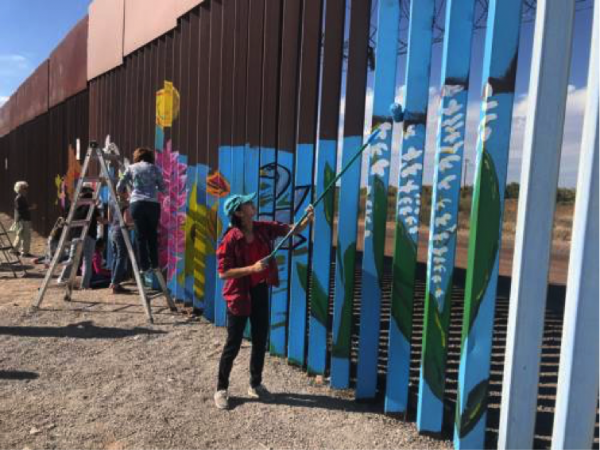 Raised in both Douglas, Arizona and nearby Agua Prieta, which is just south of the U.S.-Mexico border, artist and community college instructor M. Jenea Sanchez has an interest in the kind of public art that is a simultaneous expression of hope and resistance—hence the colorful, eye-catching mural that she and about 20 workshop attendees designed and painted on the Mexico side of the border wall in Agua Prieta on 15 November as the opener to “Responding to an Exodus: Gospel Hospitality and Empire.” 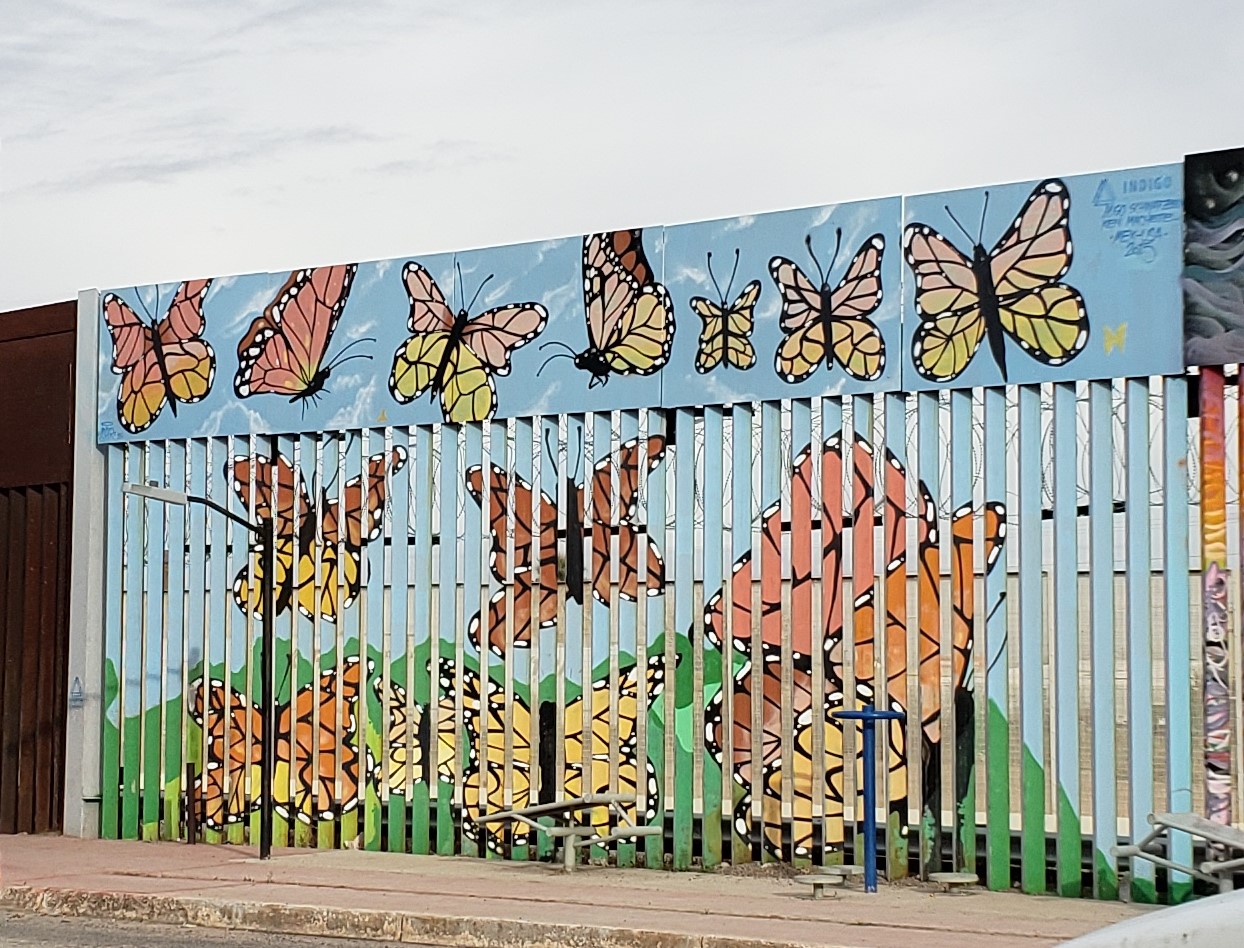 About 20 workshop participants added colorful symbols of hope and resistance to the
southern portion of the wall. (Photo by Mike Ferguson)

Sanchez and her workshop partner, Carolina Aranibar-Fernández, used descriptions and pictures of birds and flowers from the nations represented by people who wait along the wall as they seek asylum in the United States. Images now adorning the wall’s southern side include the dahlia from Mexico, plumeria from Nicaragua, the scarlet macaw from Honduras, the resplendent quetzal of Guatemala, chamomile from Russia, and the sunflower from Ukraine.

“It’s a way to capture the imagination, by capturing it visually,” Sanchez said. “There is power in art.”

As the mural took shape Friday afternoon, Sanchez admired all the effort put in by people attending the workshop — a number boosted by about eight of her own students.

“It’s a flock of flora and fauna, traveling together,” she said, eyeing the still-wet mural.

Not lost on Sanchez is the way that both flora and fauna can flout borders. The former grows according to where its seed is spread; flying fauna can easily scale human-made walls.

“We picked these flora and fauna as a way to honor immigrants,” she said. “All of us here care deeply about migrants in general. This is a way to show that.”

“There’s something really powerful,” she added, admiring the new mural, “about showing it publicly.”

Adapted from an article by the same name written by Mike Ferguson, Border wall art simultaneously expresses hope and resistance.docx