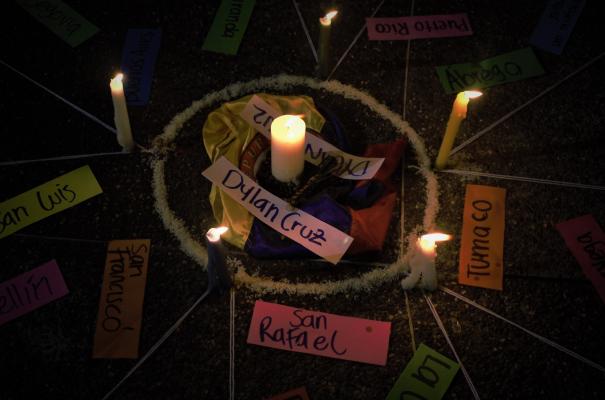 We ask for prayers for 17-year-old Dilan Cruz, his family and those who love him as they mourn his loss. Dilan was killed by the ESMAD (Colombian riot police) as he participated in a nonviolent protest. We also ask for prayers for the people who are raising their voices in nonviolent ways demanding to be heard and prayers that those in political power will hear the voices of the people.

Since 21 November, broad sectors of society exercising their constitutional right to protest have gathered throughout Colombia to express in peaceful and creative ways their refusal to conform to the decisions that the government is taking in matters of environmental, economic and social policies.

The government has used “legal” means of repression trying to silence these voices.  Those who raised them, like Dilan Cruz, died participating in actions that are not only legal but also the only mechanisms through which people express their desires for change in this country.