U.S./MEXICO BORDERLANDS: A migrant shelter, a feast, and a Great Light 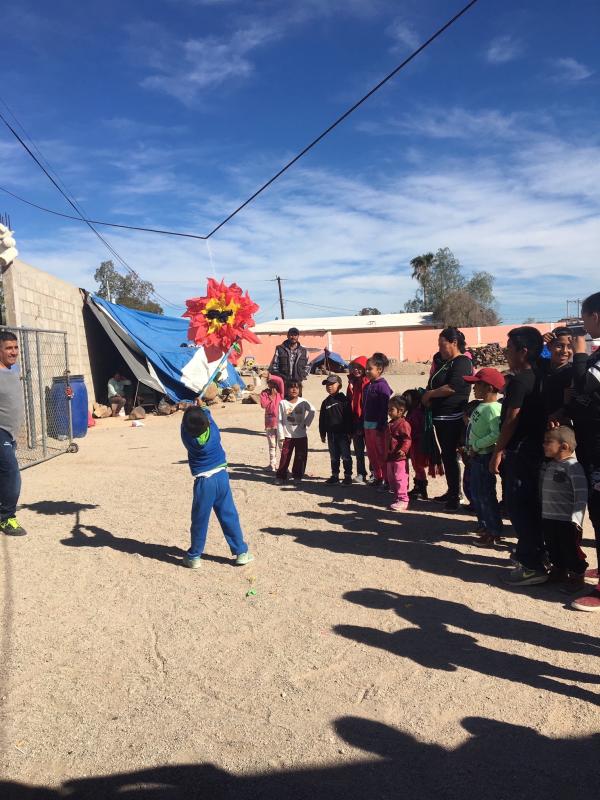 Children at the San Pedro shelter celebrate the Feast with a piñata.  Photo: Judy Bourg

“The people who have walked in darkness have seen a great light; upon those who have dwelt in the land of dark death a light has shone.” Is 9:2

The heart of Advent is laid bare in immigrant shelters along the U.S.-Mexico border. These communities expose the gritty side of Advent hope. The guests reside in a transitional space between a home they can no longer live in and a country that refuses to accept them. Between laughter and fear. Between tears and hope. In the rain. In the chill of night. In tents. In bunks or just under blankets. Their hope is palpable despite the facts. Their patience expectant. Their faith more durable than the nearby, new 30-foot wall and the fear that builds it. Theirs is not a cheap hope. They are the Light of which Isaiah wrote.

On 12 December, the Feast of the Virgin of Guadalupe, I witnessed this spectacle alive and well at San Pedro Shelter in Sonoyta, Sonora where over one hundred people celebrated the holy day of the patroness of Latin America. Piñatas and prayer, posole, chocoflan and laughter marked the moment. From the lens of Advent, hope is ultimately a decision, a Biblical one, which is to say a radical one. Our neighbors held a light and by turns offered it to us as gift across the walls we have built.

“For still the vision awaits its time: it hurries to its end and will not prove false. Though it seems slow, wait for it; it will surely come, it will not be late.” 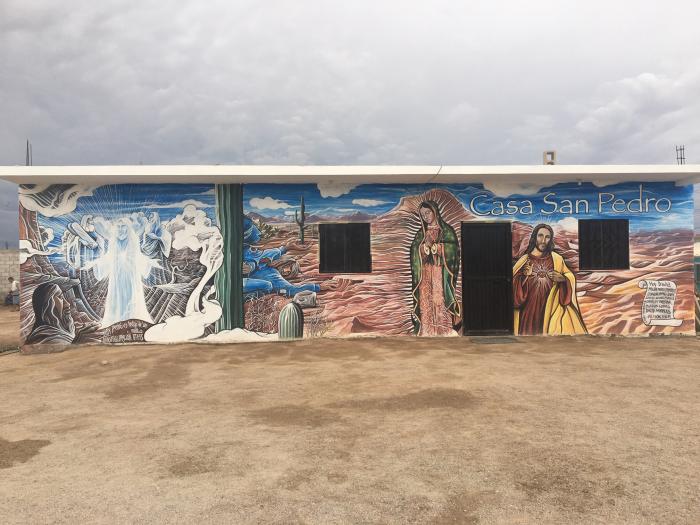