COLOMBIA: Why CPT? Reflection about our work in Colombia 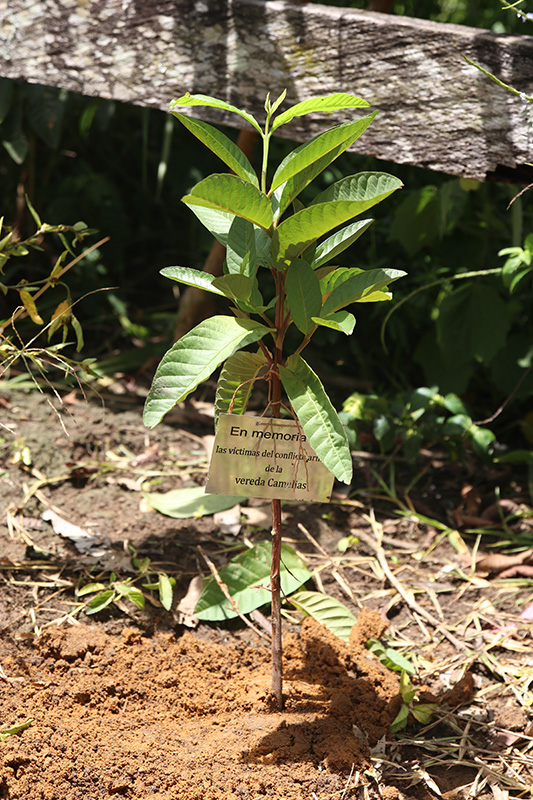 In a world where violence and conflict are constant, nonviolence and peacemaking has become a true alternative. Christian Peacemaker Teams and other international civil society movements offer real alternatives to violence in volatile situations in spaces where there is still a quota for dialogue and interlocution through accompaniment. This alternative enlarges the capacity of civil society to act politically in its defense. Accompaniment, monitoring, witnessing, and amplifying the voices of partners exerts political pressure, which gives them support to defend their territories and human rights. Throughout the 18 years of presence in the middle-Magdalena region, the team has engaged in building meaningful partnerships with thousands of farmers, artisanal miners and social leaders.

The real cost of a violent action committed by criminal organizations or legal and illegal armed actors is extremely low. These victimizing actions often go unpunished and are intertwined with a multipolarity of elements that include: stigmatization, inefficient bureaucracy, institutions permeated by violence and flagrant corruption with influence from powerful political and economic interests. It is in this context of impunity that the team operates, accompanying partners through protective physical accompaniment, psychosocial care, political advocacy and strategic communications.

The cost is high for Human rights defenders. Many human rights defenders and community leaders choose to work despite adverse and risky conditions, exposing their personal integrity and security, and often putting their loved ones at great risk. CPT’s physical accompaniment represents a dissuasive, efficient and effective alternative in volatile situations, which increases the political cost of violent acts against our partners or volunteers. Physical presence with a solid base in nonviolence and pacifism, and rooted in faith and spirituality, has proven to be a powerful tool to dissuade illegal or legal armed actors.

Frequently, from within our own spirituality, CPTers build ties with, and support our partners through active listening, accompanying them in moments of celebration and mourning through the course of life of popular resistance movements. This approach has been crucial in Colombia, where the Christian faith, in its various expressions, is central to many partners, and is also a refuge where many find guidance, peace and hope. On many instances, the team is invited to offer Biblical reflections. Recently, we led a reflection in commemoration of a massacre that took place 36 years ago in the township of Altos de Manila, where the community planted trees to remember each of the victims of the massacre. Organizations and human rights defenders who do not include spirituality in their exercise of resistance, have often expressed their appreciation for this dimension of our work.

The exercise of political advocacy seeks to increase the political cost of human rights violations, and exert political pressure on institutions to act justly and fairly. It also highlights, the disregard for protective measures and blatant violations of human rights by institutions, making sure these issues are on the agendas of decision makers. This exercise requires a vast support network that includes CPT’s constituency, sister organizations, and national and international actors like the United Nations, embassies, and international civil society organizations.

Last year, the team launched an international political advocacy campaign in order to amplify the request of our partner, CAHUCOPANA, who demanded the state officially recognize three humanitarian safe havens installed in the northeast region of the Department of Antioquia. These safe havens were designed by the local community and CAHUCOPANA as a measure of collective protection in an area where the State is absent, and violence exerted by the ELN guerrilla and paramilitaries. This joint advocacy campaign resulted in the government recognizing the need for collective protection measures, formally recognizing the havens and offering technical and economic support in their implementation. CPT constituents, followers and peacemakers from all over the world signed on to the campaign and shared it widely. This amplified the work and voices of our partners.

CPT’s work is funded by contributors like you. Your contribution represents over 60% of our income. To work in 6 countries, supporting thousands of social leaders, farmers, activists, human rights defenders, with a majority of financial support from individual contributors – allows us to hold high ethical standards. CPT is a community of people that is continuously learning the exercise of creative nonviolence and undoing structural oppressions. For me, CPT’s active solidarity represents a political and spiritual alternative in times of polarization, individualism and hopelessness. It encourages me to observe the many movements of peacemakers in the world, and it gives me hope to see it is possible to build networks and alliances that strengthen the work of resistance against violence and oppression.

We are thankful for your support, and your willingness to become a peacemaker by joining our delegations, contributing and spreading the word.

Above: A tree planted in commemoration of the victims of the Altos de Manila massacre.

Help us get to know you better. Fill out this quick two minute survey.
Categories
Colombia