IRAQI KURDISTAN: “What hope is there for us?” Family of an 18-year-old killed in Iranian shelling seeks support to treat their wounded son 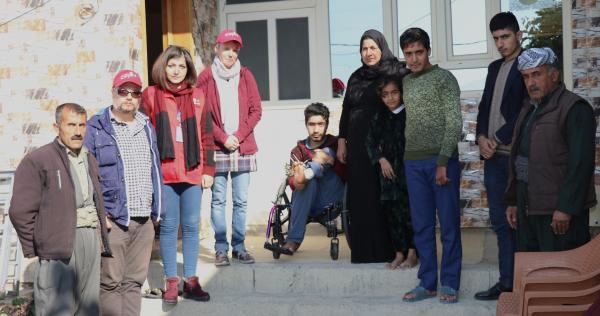 Zeitun’s family meets with members of CPT. Her father, Kak Qadr, stands in the right side of the photo.
Ali, wounded by Iranian shells, sits in a wheelchair in the center of the photo next to his mother Khatu Bayan.
Below: Zeitun Qadr was 18 years old when Iranian shelling ended her life on 10 July 2019.

Zeitun was 18-years-old when an Iranian artillery bombardment ended her life. “She would have been graduating from a high school science program this year,” Zeitun’s father, Kak Qadr, told CPT.

A few minutes past noon on 10 July 2019, Zeitun had just begun to serve lunch for herself and her two brothers, Sirwan (16-years-old) and Ali (21), when shells began to explode near the family’s cucumber and tomato fields in the area of the Barbzin heights in the sub-district of Sidakan. The three siblings stayed behind working in the field after the rest of the family left to attend a funeral in their hometown of Diana.

According to local residents, Iranian forces bombarded the Barbzin area for over one hour with around 40 shells, one of which killed Zeitun and seriously wounded Ali and Sirwan. Doctors retrieved 16 pieces of shrapnel from Ali’s body. He lost one eye and sustained severe injuries to his leg and foot. A piece of shrapnel penetrated the elbow of Sirwan. 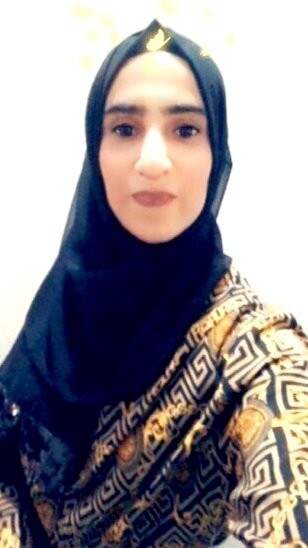 Zeitun’s family, like many other Iraqi Kurdish families living in the border regions, split life between two homes. Zeitun and her siblings spent most of the year in the town of Diana where they could attend schools. During the warm months of the year the family took care of bees, fields, gardens and orchards near their village home of Bole, located in the fertile area of the Barbzin heights on the mountain slopes reaching the Iraq-Iran border. The production of honey and vegetables like cucumbers, onions and tomatoes, as well as peaches, apples, figs, and walnuts provided for an important portion of the family’s sustenance over the year.

In 2016, the Democratic Party of Iranian Kurdistan (PDKI) began to use the area around Barbzin for guerilla operations against Iranian military forces stationed in bases and outposts on the mountain range over looking the village. Since then, the Iranian military has shelled this rich agricultural region that supports livelihoods of more than a hundred Kurdish families a number of times. The bombardments have caused serious disruptions during the months of busy farming activity, burned crops, damaged houses, injured villagers and displaced communities.

“Our region has been bombed for a long time. In these days, with all kinds of modern technology, the military forces should be able to target soldiers and not civilians. My children did not look like PDKI soldiers,” Kak Qadr told members of CPT.

The CPT-IK team met with Zeitun’s parents, Qadr and Bayan, four remaining siblings and two relatives in the family’s home in Diana on 22 November 2019. While serving tea and fruit, the family members shared with CPT details from the day of the bombardment and about their current situation. Sirwan showed CPT a healed shrapnel wound in the bend of his arm and that his fingers had recovered only partial mobility. Ali, unable to walk because of the injury, sat in a wheelchair.

The family members told CPT that the office of Kurdistan’s President provided financial help for Ali’s treatment. However, the money they received was not enough to cover all the procedures and medicine and the family had to spend additional $20,000 USD. Ali needs further treatment, for which the family lacks resources.

Kak Qadr said, “Even though Iran has not shelled our village lands since July, the Turkish warplanes bombed the area several times in the past months. We have lost our harvest because of the fires started by the bombs.”

The family has sought financial assistance and asked for compensation from Kurdish Regional Government (KRG) ministries as well as from the Iranian embassy, so far with no response. One international organization and two German journalists visited them. The family said that they did not receive any assistance as a result of the visits.

One member of the family asked CPTers, “Do you maybe know any organization that could send Ali abroad to get good treatment and a better life? There is no future for him in this country. He won’t be able to find work with his injuries.”

Kak Qadr sighed, “All world saw pictures of the children in Rojava burned by chemical weapons.* If the world did not intervene to stop that what hope is there for us?”

* Kak Qadr refers to photographs of children with horrific burns caused presumably by white phosphorus which Turkish proxies allegedly used against civilians during their invasion of Rojava, northern Syria, in October 2019.