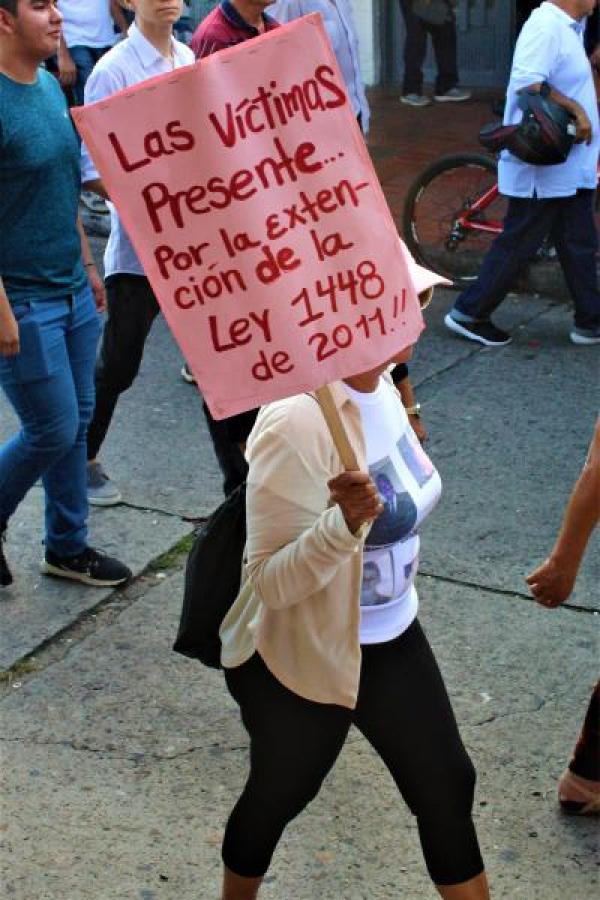 We pray that the victims of systematic violence, as well as their families and communities, may find the truth, peace, restitution and justice they deserve after spending more than 60 years in conflict. We pray for the members of the Congress who have an important task to protect and guarantee the victim’s rights and allow the transitional justice to interact with ongoing laws in order to fulfill guarantees for reparation and non-repetition.

Sixty years of social, economic, cultural and armed conflict have left Colombia with over eight million victims of forced displacement, assassination, disappearance, sexual violence, threats, torture, kidnapping, and the theft of their land amongst other crimes.  In 2011 Colombia passed Law 1448, the Victims’ Law, to provide a path to recognize and repair damages to the victims.  Unfortunately, due to opposition and lack of political will to implement Law 1448, most victims have not been received reparations.  The Constitutional Court has ordered Congress to extend Law 1448 beyond its 2021 mandate deadline and guarantee its implementation.

Unfortunately, the current Congress has a political majority of parties that have, since their conception, been against the law’s creation and implementation.