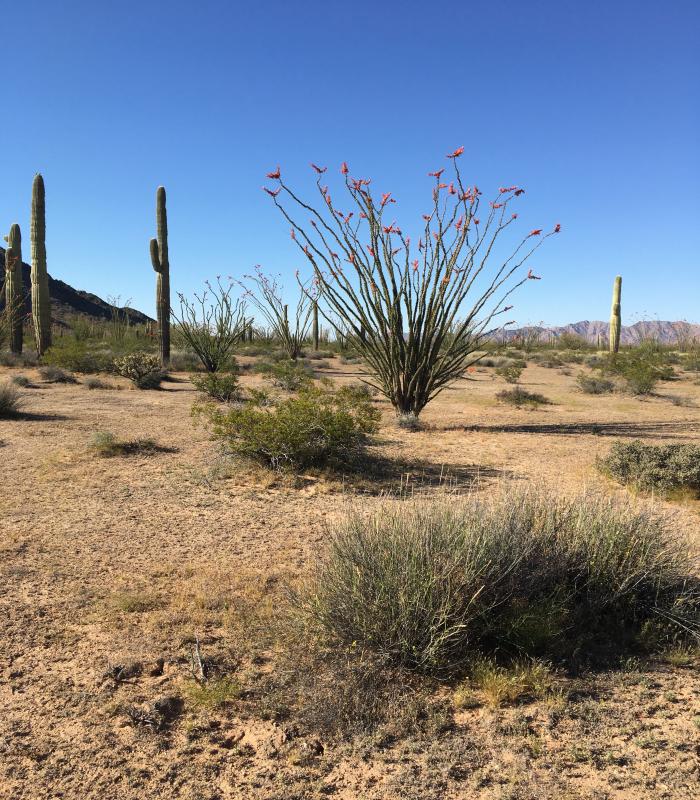 “The hand of Spirit came upon me and set me in the center of the plain that was now filled with bones. Spirit made me walk in every direction so that I could see how many were on the plain. How dry there were!” Ezekiel 37:1-2

On Easter Saturday I accompanied a group of six humanitarian aid workers into a remote region of the Cabeza-Prieta National Wildlife Refuge. Our hope was to recover the remains of a man who had collapsed and died there last month. Numerous bodies have been found in this region since enhanced U.S. border enforcement began funneling people into austere parts of the desert. We walked into a vast plain not unlike the one Ezekiel was led to by the Spirit.

Over two days we covered 25 miles in a valley where the bones lie largely unseen. We were unable to find this “no identificado” (unnamed one’s) remains even with specific directions. Animals and the elements of the Sonoran Desert can disappear a body rapidly. Still the effort was important. Sacred. Intention is what matters. He and all the untold numbers of people who lie here matter. Their spirits linger. Their story, their exodus, cries out to be told.

Much of the world news is focused elsewhere today. Many people continue to cross the U.S.-Mexico border seeking refuge, asylum, a safe home. And many still die en route. Our search was a re-membering, which literally means putting together, not bones, but story. We cannot forget this man’s sacrifice. We cannot not put his disappearance and death into the larger context of the struggle for life. Was it coincidence that we sought him during Easter Week?

The Spirit told Ezekiel to prophesy resurrection over the plain of bones. Our prophetic role is no less daunting: to keep these stories alive so that one day the walls of indifference, nationalism, and concrete will finally be broken down. This is what prophetic imagination looks like.