Penjwen is a town located east of Slemani, on the border with Iran, with a population of about 55,000. Surrounded by high mountains, Penjwen becomes the coldest town in Iraq in winter. Due to the presence of a major international border crossing with Iran, Penjwen is the primary source of income for the Kurdistan Regional Government (KRG). As the soil of the area is fertile for agriculture, Penjwen is called by its people “the food basket of Iraq and Kurdistan.”

In the past, the KRG provided 24/7 electricity to Penjwen, especially in winter, so that people could survive when the temperatures were dropping to -10 or even -20 degrees Celsius. The Ministry of Electricity has now reduced the electricity for the town from 24 to 20 hours per day. Kerosene is another resource that people use to fulfill their needs. Each family uses at least 3-4 barrels (200 litres each) of kerosene per year for heating, but this year each family has received only one barrel of kerosene from the government so far.

The people and the mayor of Penjwen have repeatedly asked the government to provide families with enough kerosene and electricity in order to survive this winter’s cold. However, the government failed the people by not listening to their demands.

With much courage and determination, civil activists and the common people of Penjwen organized themselves and took action against the ignorance of their government. On 11 January 2023, thousands of people blockaded the main highway that passes through their town. They stopped the movement of all trucks carrying goods, oil and other supplies on the way to and from the international border crossing. Protesters set up tents on the road and stayed there peacefully and calmly for five days and nights while it snowed in the town. In solidarity with the protesters, all local shops and businesses shut down. With the support of wealthy people, the restaurants cooked three meals a day for protesters and truck drivers.

Activists and parliamentarians from other cities and towns of Kurdistan came to visit the protesters to express their solidarity. Local media were covering and reporting on the nonviolent action. On the third day of the blockade, the town mayor Mr. Zana joined the protesters and publicly announced that he was resigning from his position in solidarity with them. On the fifth day of the protest, members of Community Peacemaker Teams and the Federation of Civil Society Organizations, which represents 15 NGOs, organized a delegation and visited the protesters and the mayor of the town.

The delegation met with blockade organizers and spoke to protesters, expressing solidarity and gratitude for their peaceful and nonviolent action. One of the protesters, Hawre, told members of the delegation, “Everyone from Penjwen despite our differences takes part in this demonstration, and we collaborate with each other with compassion. Our goal is to bring 24/7 electricity back to the town and secure more kerosene for each family. Nearly 100 protesters stay under tents each night in this cold weather.”

Inspired by the protesters’ commitment, members of the delegation left the crowd to visit the mayor in his house. Mr. Zana welcomed the delegation warmly and with much respect and shared about the importance of his town for the whole country. He also expressed his appreciation for the unity of the townspeople as they stayed on the streets peacefully, demanding their rights. “People are just asking for their basic rights,” he stated. “We are dealing with the lack of basic services in this town. For instance, there are still 52 million square meters of landmines that have not been cleared after the war between Iraq and Iran in the 1980s. This town was demolished three times during that war. People of Penjwen deserve to be served much better than this.”

With hope, the mayor shared that the governor of Slemani told him in the morning that the government had decided to provide 24/7 electricity to the town and that each family would receive another barrel of kerosene. “The governor asked me to rejoin my office, but I will not,” the mayor added. Hawre, who joined the delegation’s meeting with the mayor, told Mr. Zana, “We are protesting to achieve our goals, and it seems we are achieving them. Now we are worried about losing you as the mayor of our town. We do not want this. Please do not resign.”

Delegation members from Community Peacemaker Teams and the Federation of Civil Society Organizations felt honored and inspired to witness this powerful nonviolent direct action of the people of Penjwen. Now, Penjwen is not only the food basket for the country but has become a symbol of nonviolent direct action for all of Iraq. It is the first time in the history of activism in this country that protesters—within just five days—were able to achieve their goal through nonviolence and without any injuries or property damage. 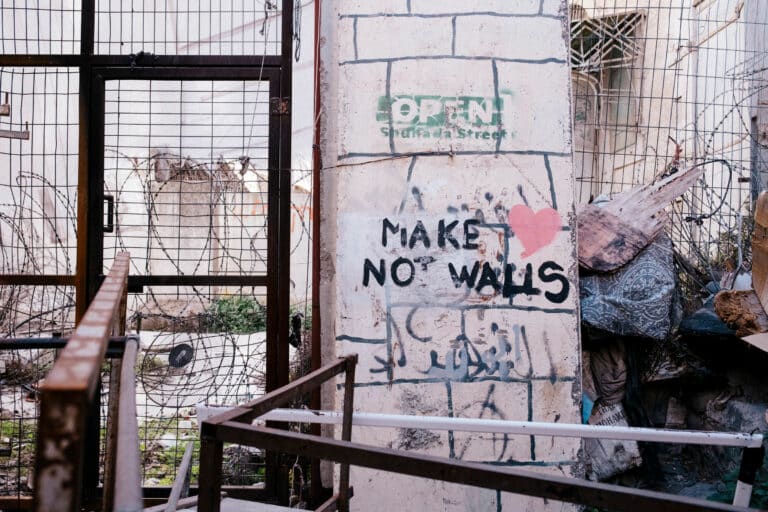