IRAQ: No place for Christian families, Part I

CPTnet
20 September 2011
IRAQ: No place for Christian families, Part I

In 2007, Ayad Klanm lived with his family in a neighborhood
of Baghdad where most of his neighbors were Shia.  Many were members of the Mahdi 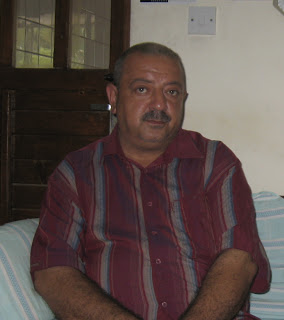 Army, a Shia militia formed by
Muqtada al-Sadr.  Because Ayad was
Christian, some of his neighbors believed he worked with the Americans,
although he never had.  One day as
American troops drove down his street in their vehicles, Ayad greeted
them.  Some of his neighbors asked
him why he did that and said it proved that he worked with the Americans.  Ayad thought it strange that they would
let their children talk to the American troops, but they would not allow him
to.  They told him that if they
ever saw him talk to the Americans again they would cut off his head.

An explosive outside Ayad’s family’s front gate detonated
late one night at 11:00 p.m. as Ayad’s four-year-old daughter, Maryam, and her
aunt left the house.  The explosion
injured Maryam’s right leg from the knee down, tearing off the skin.  The family drove her immediately to the
government hospital and waited until the next day to see the doctor.  When he saw her injury, he said that he
could not do surgery for her because if he did the Mahdi Army would kill him.  The doctor advised them to take her to
the clinic or a private hospital.  Ayad
told him that they did not have money to pay for surgery at a private
hospital.  The doctor said that
they should take her there anyway.

The doctor at the private hospital performed surgery
immediately, and agreed to reduce the cost greatly, but they still did not have
enough money to pay, even though his sister in Sweden sent him money to help
him out.  Maryam had to go to the
doctor twice a week after that and every time they changed her cast there was
an additional cost.

Ayad talked to the Mahdi army member who put the explosive
outside his house.  The man said he
said he wanted it to explode when the Americans passed by on the street.  When Ayad asked him if he knew what
happened to his daughter, the man became angry and said that if Ayad wanted to
talk anymore about the incident he would kill him and his family.

Ayad and his family moved from Baghdad to Suleimaniya in the
Kurdistan Region of Iraq in 2007.
They feel safer but Ayad does not have a job, has health problems, and
the family has only have enough money for food.  Maryam needs another surgery that is complex and cannot be
done in Iraq.  Ayad and his family
desperately want to find asylum in another country.