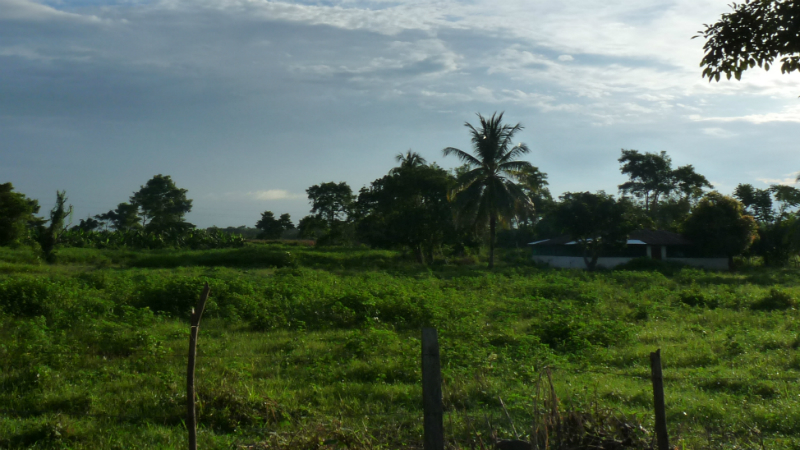 The small Colombian community of El Guayabo, supported by neighboring
communities, resisted an eviction on Tuesday 19 November that Police Inspector
Leonel Gutierrez Lagares ordered.  Had
it succeeded, the eviction would have displaced the community’s teacher from
land that has served as his livelihood for the past twenty-five years.

The 19 November eviction order is the third in a series of attempts to evict
the El Guayabo community from the contested land on claims that the community
belongs to the guerilla movement.  Regional courts postponed the first two
eviction orders that occurred in October, hours after the community filed
injunctions.

The community celebrated with tears of joy as the police
decided not carry through with the eviction because large numbers of community
members were present, including families with children, and a cadre of
community lawyers.  However, El
Guayabo remains quite anxious about the possible intervention of illegal armed
actors.  A community leader referenced the paramilitary presence in the
town in 2002 as a source of their fear.  When CPT visited El Guayabo, the
leaders spoke of the history of violence in their community and signaled across
the street from the church to the place where the paramilitaries had assassinated
community members.

CPT Colombia has been following the situation in El Guayabo
for the past couple of months through a connection with one of our partners.  We pray for a just outcome from the
legal process and for peace in the hearts of the community as they endure a
difficult time of uncertainty and threat.

With more volunteers, CPT’s Colombia team
could expand its accompaniment work to include other communities like El
Guayabo that are choosing to resist economic and political interests trying to
drive them off their lands and paramilitary death threats.  You, too, can accompany communities like
El Guayabo by giving generously.