On 23 January 2014, two Israeli settlers, accompanied by three
Israeli Border Police broke into a room of the derelict al-Sharif house near
the il-Ibrahimi mosque.  They used electric tools as well as picks and the
Border Police appeared not only to be protecting them, but also offering advice 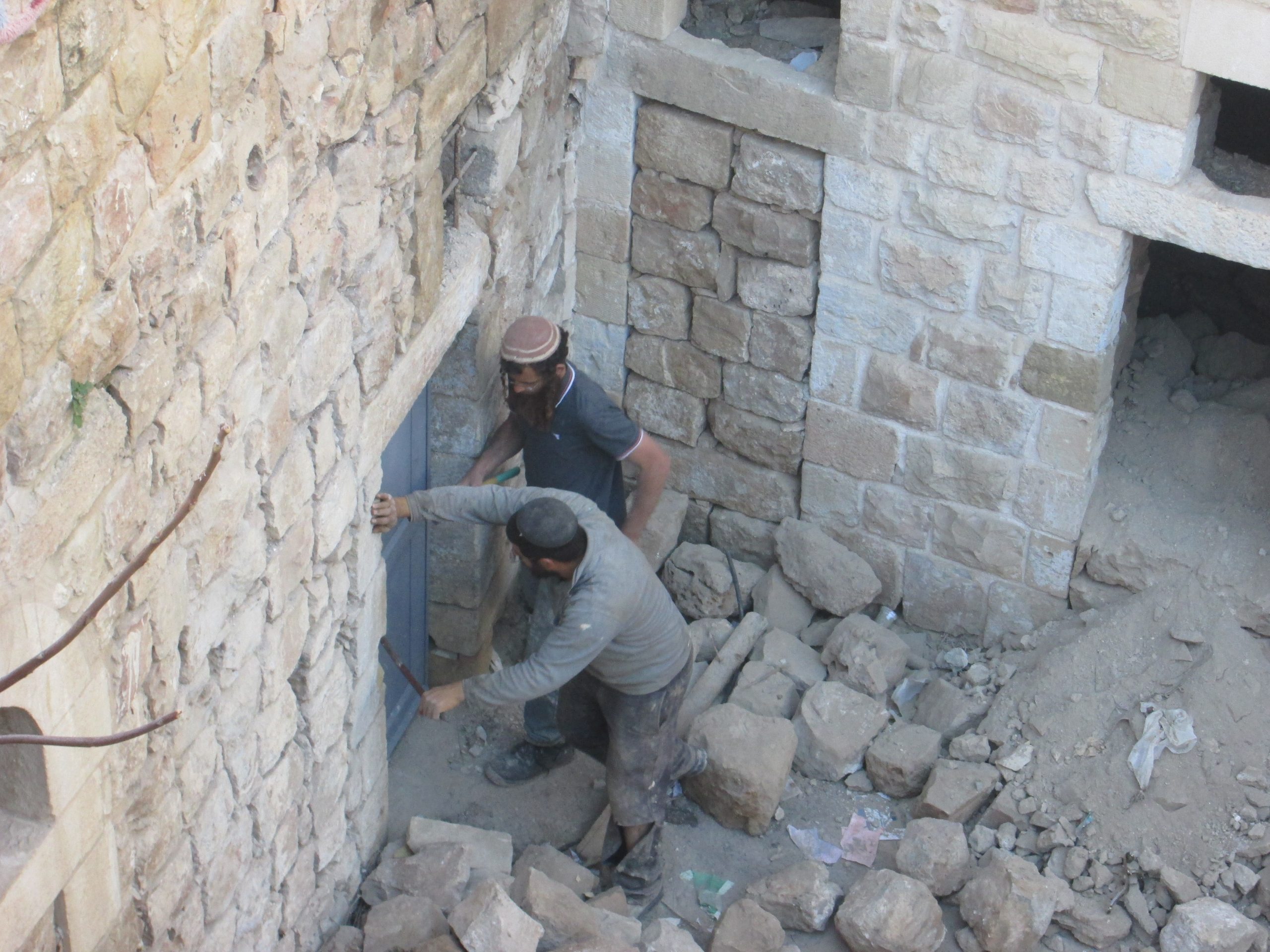 about how to enter the derelict building as well cross over the roof of the
structure to get to the Gutnick Center.

The settlers opened a passage from the building to the street
that leads to the mosque, creating a new link between the area of Avraham Avinu
settlement and the Ibrahimi Mosque.

A local resident called the Hebron Rehabilitation Committee when
he saw the settlers and an employee came to the site and took pictures of them
working.

The house belongs to Palestinian owners and the settlers were
trespassing.  Furthermore, the settlers were violating a previous court
order that prohibits settlement activities in this particular building.

Various incidents involving settlers in this area adjacent to
the Ibrahimi mosque over the previous year have led the Hebron Rehabilitation
Committee to believe that Hebron settlers are about to establish an outpost
near the Ibrahimi mosque.