Around
noon today, 30 January 2014, members of the Christian Peacemaker Team in Hebron
received a call from members of the International Solidarity Movement that
soldiers had arrested a boy on New Shalala Street.  Members of the
Ecumenical Accompaniment Programme in 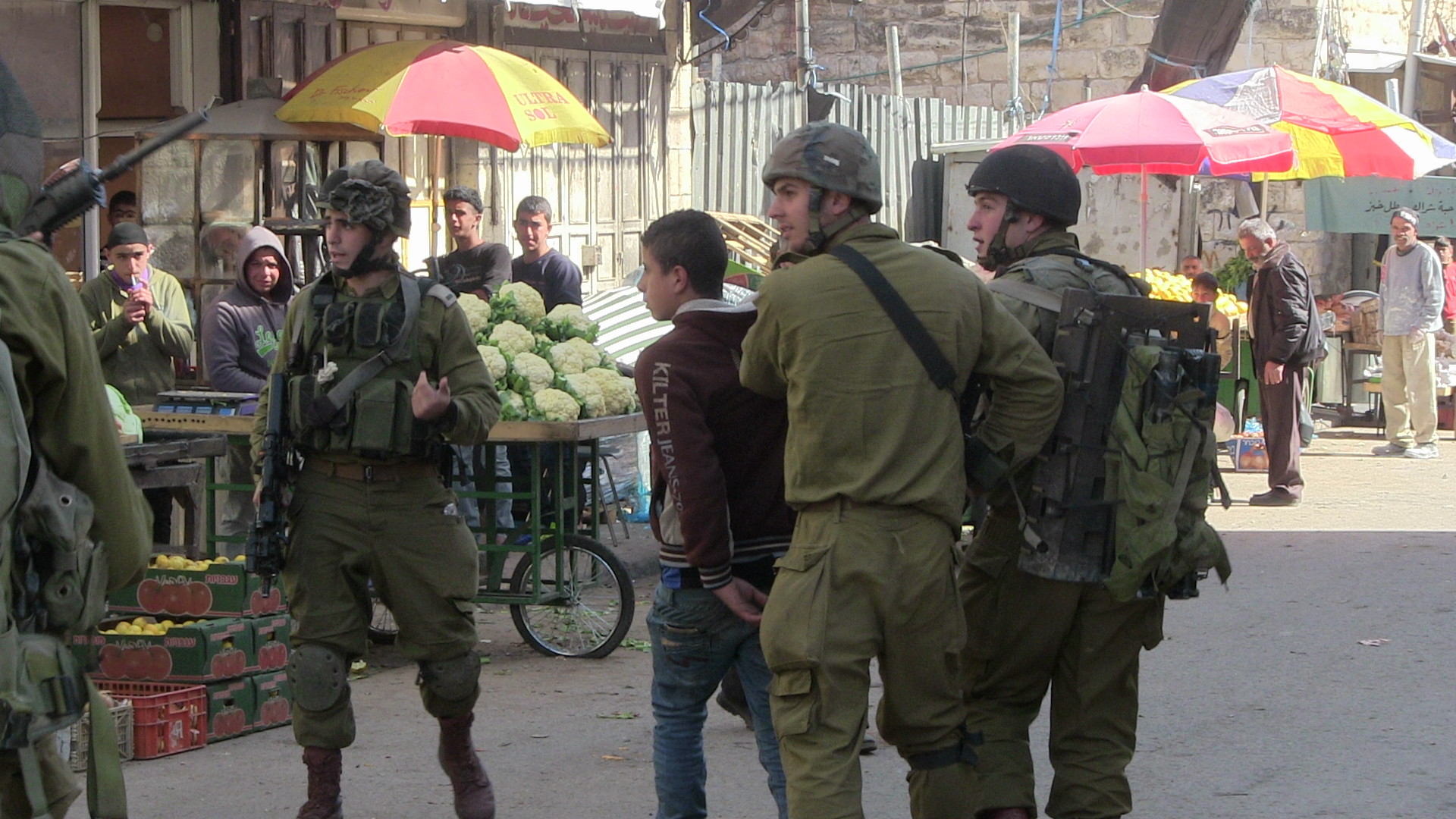 Palestine and Israel (EAPPI) were just
leaving the CPT apartment at the time and followed up, but by the time they
arrived, soldiers had already taken the boy behind the gate at Beit Romano
Settlement.

CPTers
arrived and began interviewing children and other bystanders who had witnessed
the incident and then reported that the boy’s name was Marwan Khalil al Jabari
to the Palestinian District Coordination Office (DCO) and the Temporary
International Presence in Hebron (TIPH).  Witnesses said they had seen no
stone throwing or other precipitating event that might have caused soldiers to
take the boy.

After
more phone calls, the team learned that Marwan was thirteen years old, and the
son of Manal al Jabari, an employee of the Israeli human rights organization
B’tselem.  He had been delivering an item to his father, a vegetable
vendor on New Shalala Street, when soldiers took him, accusing him of throwing
stones at them.  After taking him behind the gate of Beit Romano, they
transported him to the police station at Kiryat Arba.  His mother waited
for forty minutes outside the station before they let her enter, even though
Israeli law mandates that parents be present during interrogation of minors and
al Jabari knew she had the right to be present when they were questioning the
boy because of his age.