Israeli
soldiers have shot teargas and sound grenades at children who cross checkpoints
29 and 209 on their way to school in the morning on seven of the last eight
school days.

International
observers and human rights workers in Hebron have witnessed Israeli soldiers
repeatedly firing grenades and sound bombs into the streets near these
checkpoints while children are walking to school.  The children attend
several schools located both in the Old City and in the area of Hebron
designated as H2, on the other side of the checkpoints, and include preschool
students as young as four.  Depending on where they live and which school
they attend, children must cross these checkpoints in both directions to reach
schools both inside the old city and in H2.

Because the
Israeli military does not allow buses that transport younger children to
preschool and kindergarten classes in H2 to cross the checkpoints, very young
children living in the Old City must walk through these checkpoint areas in
order to reach their school buses.

At times, the use
of teargas by soldiers has been in response to several children throwing
stones, but internationals have also witnessed soldiers firing teargas
canisters without provocation.  In any event, because so many children
pass through the same area to reach school at the same time, hundreds of
children, many of them in primary grades, suffer the effects of gas on an
almost daily basis. Additionally, because the agents used to manufacture
teargas are actually solids, they remain inside shops, on clothing, and in the
streets where children walk and play throughout the day.

Although
the Chemical Weapons Convention (CWC) prohibits
the use of teargas and pepper spray in warfare, domestic police and state
forces are allowed to use these weapons on people as “riot control” agents.

Tear gas is a
non-lethal chemical weapon that stimulates the corneal nerves in the eyes to
cause tears, pain—which can be extreme, immediate and severe nausea, and even
blindness. Longer term effects include persistent coughing, shortness of
breath, and other lung-related problems (heightened in people who already have
lung problems), heart and liver damage, delayed menstruation, and an increase in
miscarriages and stillbirths in women exposed to the gas. The NGO
Physicians for Human Rights believes that “‘tear gas’ is a misnomer for a group
of poisonous gases which, far from being innocuous, have serious acute and
longer-term adverse effects on the health of significant numbers of those
exposed.”

In addition to the effects of the gas, the teargas cartridges fired by soldiers
can cause serious injury and even death if they strike people, especially if
soldiers fire the cartridges straight into crowds rather than into the
air.  Internationals and Palestinians report having seen soldiers fire
teargas straight into the roads near these checkpoints.

primarily by Combined Systems Inc. of Jamestown,
Pennsylvania and Defense Technology of Casper, Wyoming.Combined Systems
Inc. (CSI)—often manufacturing under the brand name Combined Tactical Systems
(CTS) are owned by Point Lookout Capital and the Carlyle Group.  CSI is
the primary supplier of tear gas to the Israeli military as well as a provider
to Israel’s police (and border police) for use in occupied Palestine.

Defense
Technology is headquartered in Casper, Wyoming. Along with U.S.
company Federal Laboratories, with which it shares a product line, it has links
to the U.K. arms giant BAE Systems through BAE’s ownership of U.S. arms company
Armor Holdings.

The War Resisters
League has launched a campaign to abolish teargas, and to
encourage people who have been impacted by its use to tell their stories.
The campaign seeks “the global ban of tear gas by first ending the
sale, manufacture, and shipment of tear gas made in the US through organizing
and applying grassroots pressure on

To learn
more about teargas in Palestine and throughout the world, or to add your story
to the campaign, visit facingteargas.org 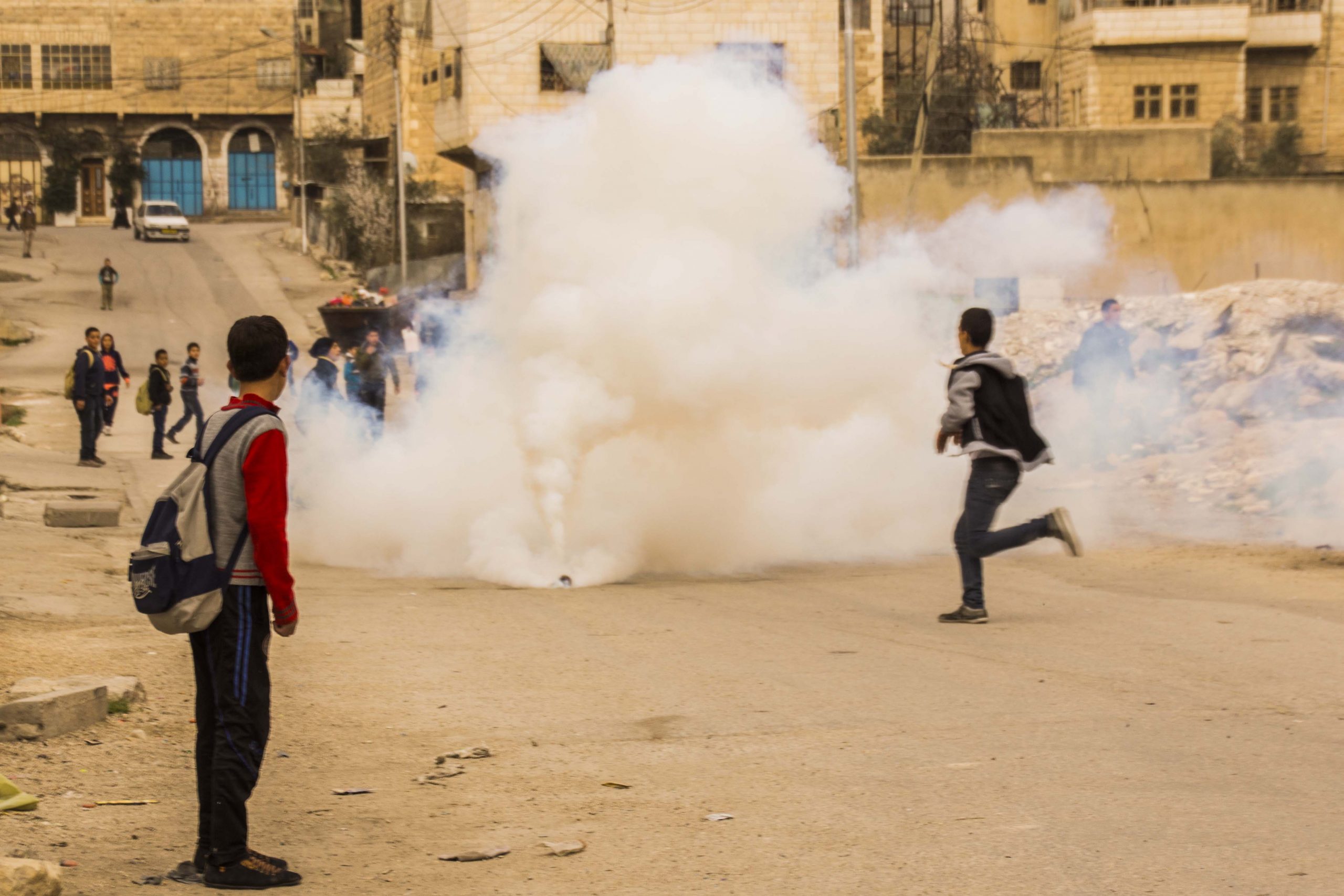