AL-KHALIL (HEBRON): February ends with arrests of children in the Old City

On the evening of 28 February 2014, soldiers arrested eight
Palestinians on Shalala Street—six of them appeared to be under sixteen, and
two were 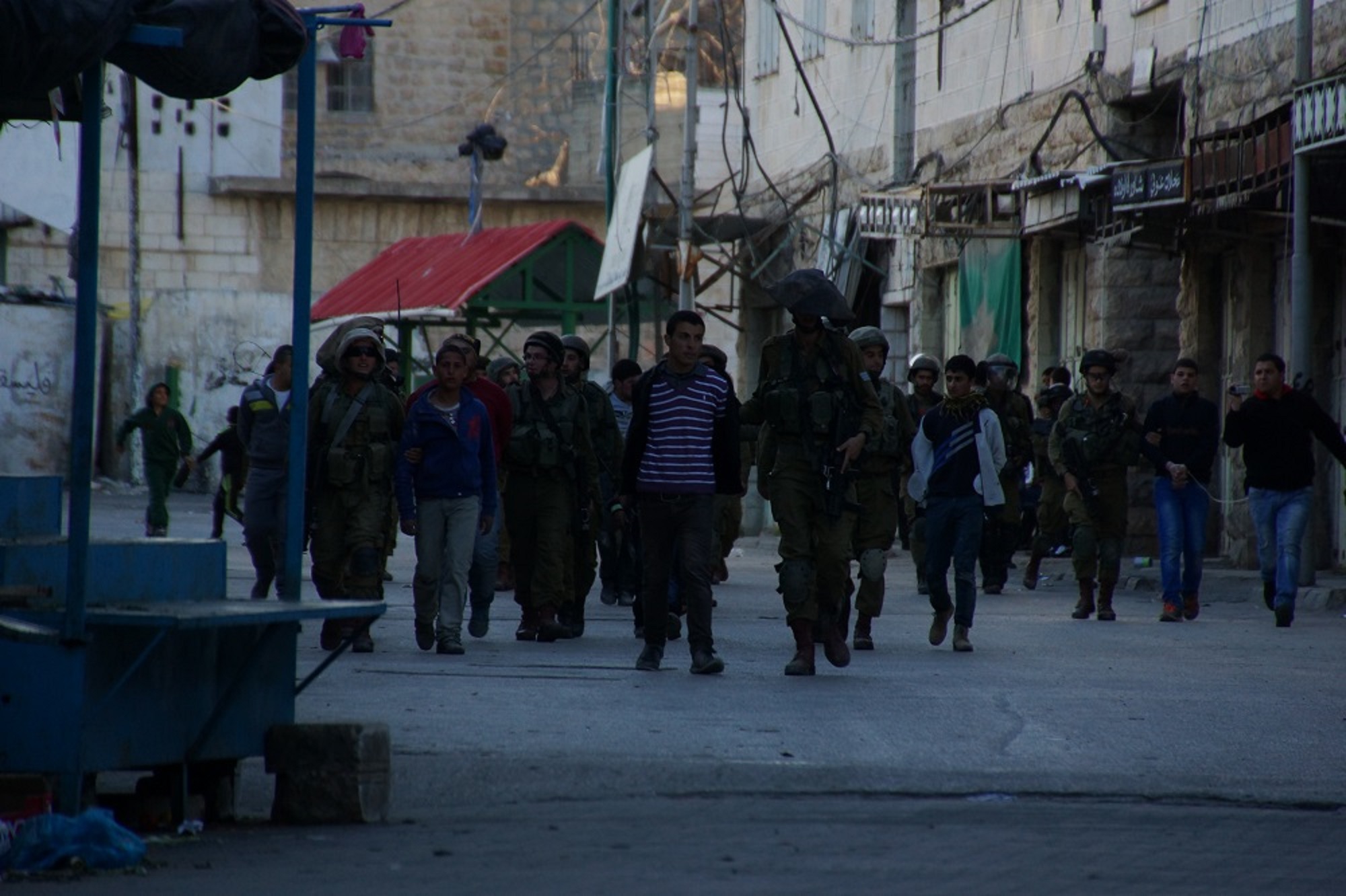 clearly younger than twelve.  Soldiers took the boys into the military base at Bab el Baladiya
at the entrance to the Old City and after approximately an hour, the soldiers took
all them away in military jeeps.

Some of the detentions witnessed have been relatively brief,
including incidents where soldiers took children from residential streets or
the market, walked them some distance, compared them to photographs or
interrogated them in the street, then released them. Sometimes soldiers take
children into military bases or to military police stations and question them
there. Sometimes they arrest them in their homes and sometimes they hold them
overnight

Palestinian children in Hebron are routine victims of racial
profiling by Israeli soldiers who are looking for children who may have thrown
stones on another day. Often the children are innocent, but once in custody
feel are pressured by soldiers to identify other children or adults from photos. Palestinian children
arrested by Israeli military authorities have no access to their parents or to
legal representation. They are often transported in military vehicles,
sometimes with adult detainees, to military bases and police stations.

According to UNICEF, (Children in Israeli Military Detention;
Observations and Recommendations, February 2013) approximately
700 Palestinian children aged 12 to 17 are arrested, interrogated and detained
by the Israeli army, police and security agents each year in the OPT. In the
past ten years, approximately 7000 children have been detained, interrogated,
prosecuted, and/or imprisoned within the Israeli military justice system. This
number represents an average of two children each day.

Many aspects of the child detentions and arrests documented in
Hebron during the month of February  are clear violations of international
law.  For example,