On 4 March, approximately thirty Israeli soldiers entered
the Qitoun neighborhood from Checkpoints 29 & 209, provoking stone throwing
from schoolboys.  At one point,
half the forces entered a Palestinian schoolyard and began using stun grenades
and tear gas on local children and passersby.   Palestinian teachers prevented the soldiers from
actually entering the school building.  Soldiers shot canisters in front of the school building and detained
three boys under the age of twelve. They later released the boys because they
had no pictures of them throwing stones on their cameras.

CPTers have witnessed increasingly aggressive soldier behavior
towards schoolchildren during morning school patrols at military checkpoints in
the Old City of Hebron.  Qitoun
neighborhood is home to five schools, including two military checkpoints.  On 6 March, CPTers had to carry
kindergarteners out of range of the teargas that had incapacitated them.

These military interventions violate the Right to Education
(Article 28) from the Convention on the Rights of the Child.  CPT records the number of students,
teachers, and detentions near these checkpoints as children attempt to make
their way to school safely.  CPT
also documents physical threats, book bag searches, and tear gas use on
children. 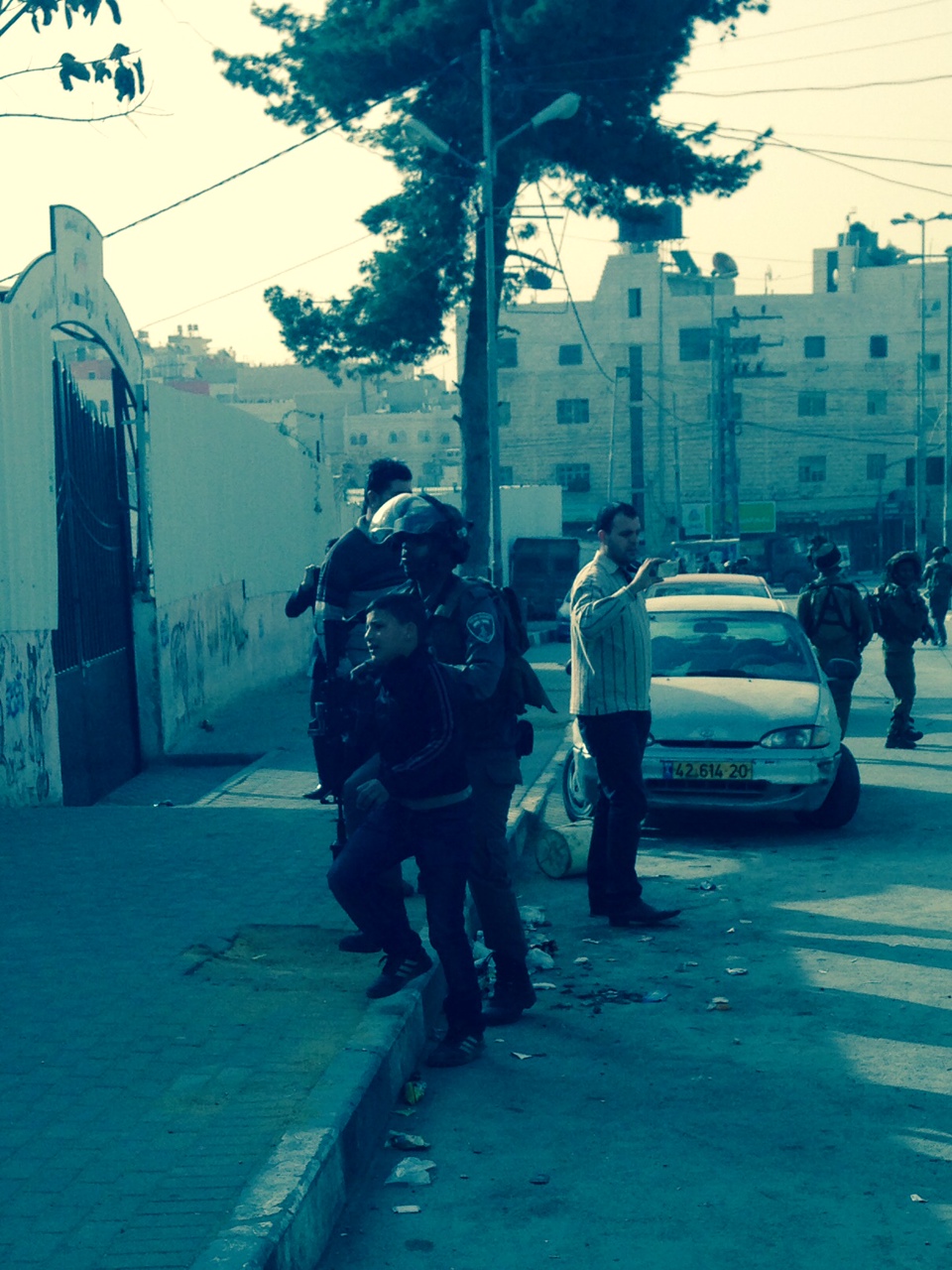