In separate incidents around the same time (around
11:00 a.m.) on the morning of Tuesday 6 May 2014 the Israeli military made two
arrests in Hebron.

The first was of Eyad Jaabari, a twenty-year-old
man with a learning disability from the Jaabari neighbourhood of the city.  Israeli soldiers took this young man
first to the police base near the Gutnick centre and then walked with him to
the military base by the Ibrahimi Mosque, holding him for thirty minutes from
the time CPT heard of his arrest.
When Israeli soldiers brought the young man out of the base and released
him, he was clearly bewildered and distraught, and collapsed on the ground and
then into the arms of the older male relative who was waiting outside. The
reason for the arrest is unknown. 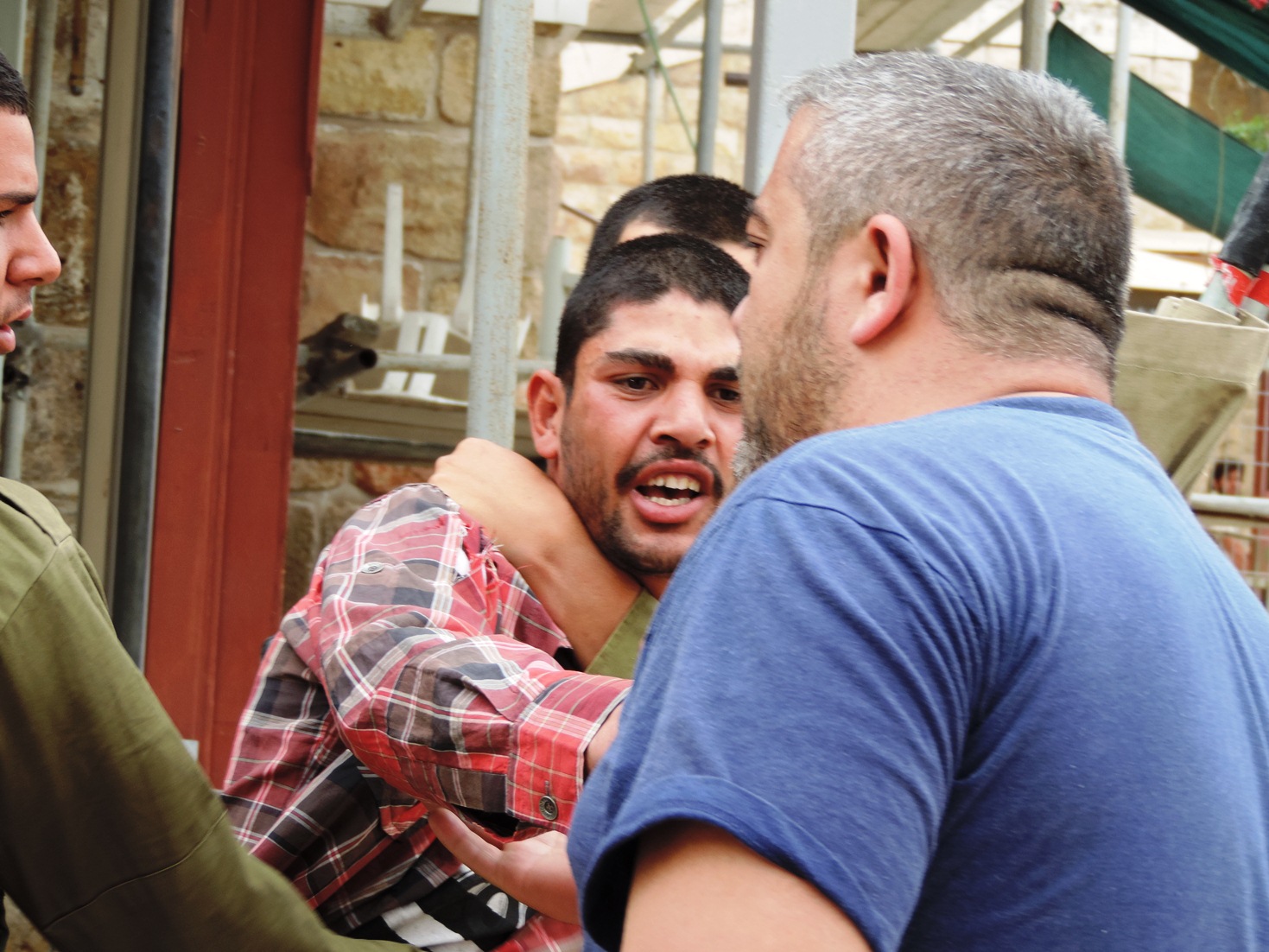 The second arrest was of twelve-year-old Hamzeh
Abdl Hameed Sharif.  The Israeli
military snatched him from the street outside Ayyubiyah School, claiming that
he had thrown a stone the previous day.
They took him by jeep to the Shuhada Street side of Checkpoint 56, where
they held him until 12:30, when they released him to the Palestinian DCO on the
Bab i-Zawiya side of Checkpoint 56.
Israeli soldiers deliberately blocked the line of sight of a CPTer at
Checkpoint 56 as she attempted to take a photograph of the arrested boy. 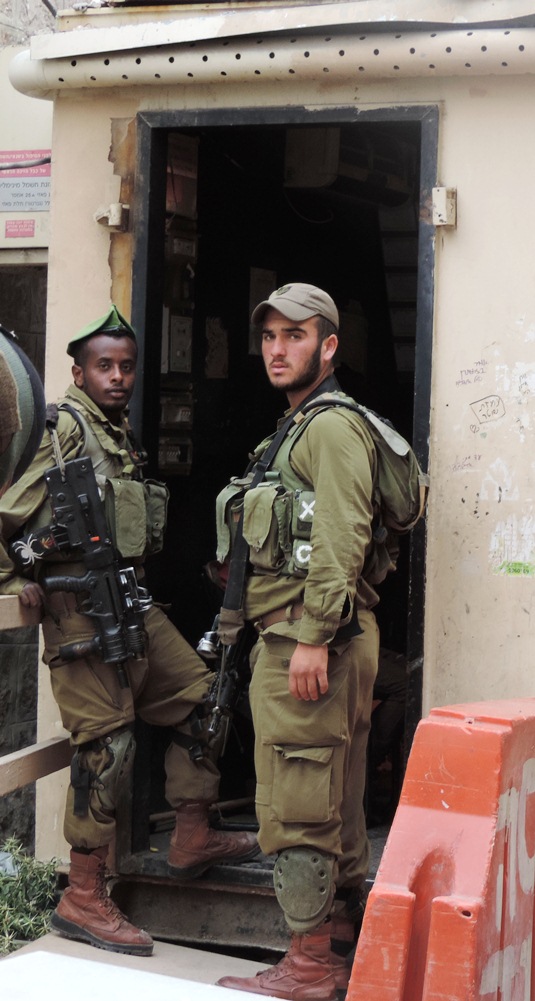