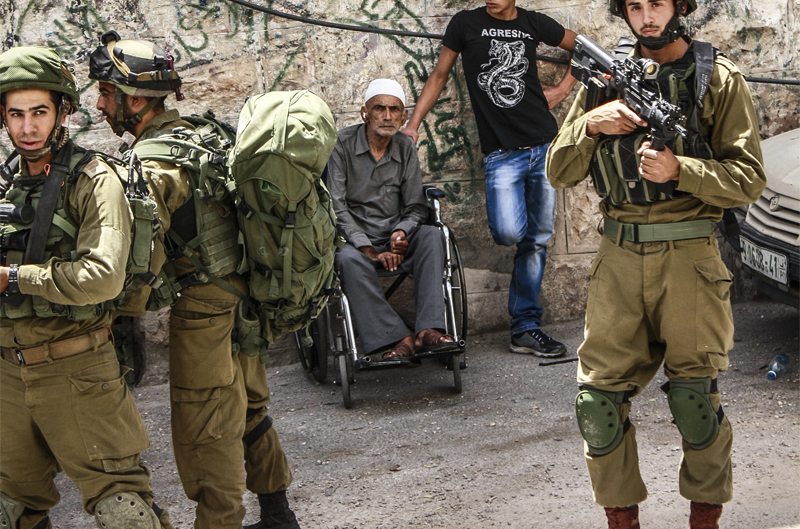 As the families of Gilad Shaar, Naftali Frenkel, and Eyal
Yifrach languish in uncertainty, grieving the disappearance of their three young
boys, the world watches as their anguish is politically co-opted to provide a
veil for indiscriminate Israeli military force imposed on the Palestinian
communities in the West Bank.  The
kidnappings also provide an opportunity for Prime Minister Benjamin Netanyahu
to advance his right-wing agenda.

Netanyahu and his ilk have hijacked the legitimate, raw
emotional pain of the kidnapping catastrophe and transformed it into the
political impetus to section off Hebron from the rest of the world, target the
Palestinian unity government, deploy intimidation and systematic abuse as a
measurement of collective punishment, and strategically empower the settler
enterprise in the West Bank.

This past Thursday, according to documents published on Sunday,
one of the teens was able to contact emergency services immediately after the
abduction, at 10:25 P.M., reporting,  “We’ve been kidnapped”, according to the Israeli
newspaper, Ha’aretz.  After a delayed response to the
emergency call by emergency services, the Israeli military has shut down all
but two access points to the district of Hebron, one through the Halhul area in
the north, and the Yatta entrance in the south.

The lapse in response time begs the question regarding the
utility of saturating Hebron with a massive military presence, in an area that
is already under severe Israeli military control and surrounded by Israeli
settlements.*   Security officials have doubts that in the event of a
kidnapping the hostage-takers would have retreated back to an area where not
only the Israel military has a heavy presence, but also into an area where the
Palestinian Authority has a long history of working collaboratively with the
IDF on security.  The kidnappers
would have to negotiate their plan around the thousands of Israeli soldiers and
the private security forces in and around the settlements not to mention the
prospects of violent vigilante retributions from the Jewish settler population
around Hebron.  (Cases have already
been reported of Palestinians suffering from attacks in the area around the
Kiryat Arba settlement, the hillside of the Tel Rumeida settlement and Susiya
settlement).  They would also have
had to hide their locations and plans from the Palestinian Authority
intelligence regime and Palestinian collaborators.

The IDF has arrested over one hundred Palestinians in and around
the area of Hebron, mostly those with loose connections, and some no verifiable
connection to Hamas.  Through its assigning
every potential Hamas affiliate with a suspect status, the Israeli government
has revealed that its strategy is one of indiscriminate collective punishment
rather than an instrument for precise data collection.  In a kidnapping case of three
individuals, it would be hard to believe that each of the hundred plus individuals
jailed, detained, or arrested since the reported kidnapping had knowledge of
the incident.  The arrests are a
political proxy weapon of war, targeting Palestinians because of their
suspected political leanings, rather than because they have any meaningful
connection to the kidnapping.

In a Part II, we will write of additional collective punishment
the Israeli military and Israeli settlers are imposing on Palestinian civilians
in Hebron.

*According to the Fourth Geneva
Convention, the Hague Regulations, the International Court of Justice, and
several United Nations resolutions, all Israeli settlements and outposts in the
Occupied Palestinian Territories are illegal.