[Note: the following has been adapted for CPTnet. The original is available on CPT Colombia’s website.] 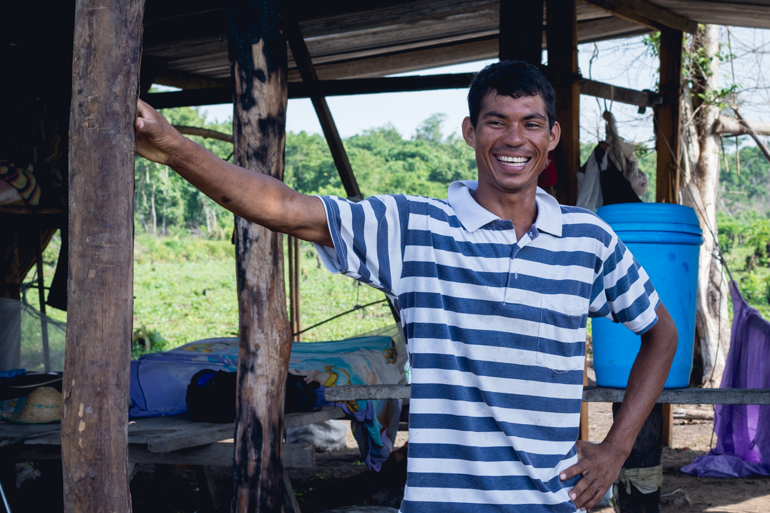 It was my second accompaniment since I began work in Colombia. Tito had been on the receiving end of a severe beating two years ago and was headed down the river to El Peñon for a court hearing of his case. As we settled into the community boat that would take us to El Peñon, an hour and a half away, Pierre filled me in on Tito’s case with the comment, “It’s crazy, really. If it was Tito who beat them up, he’d already have been tried and sentenced.”

As much as I know that this is true, and accepted it as he said it, a little piece of me still felt surprised. Why should this be true? When I consider the principle of the law, everything feels clear cut to me. If one person assaults another, the perpetrator must face the legal consequences of those actions, regardless of who they are. Why should the process change, become longer or shorter or more or less vigorous? The law is clear: physically and violently assaulting someone is wrong. Why, if this were Canada…

And it is this thought that stops me in my tracks, because I know that the reality of a broken justice system is true both here in Colombia and in my own country. The law favours certain people in both places. It favours the influential, the rich, those with resources.  Above all, it favours the powerful, be it power of connections, money or skin colour.

If this were Canada, the indigenous man beaten up for standing against exploitative companies on treaty land promised to his people and protected by law would find it near impossible to lay charges or seek reparation.  In Canada, thousands of indigenous women have gone missing and the government of our country has failed to respond. In Canada, aboriginal communities continue to fight for the right to fish and hunt on land promised to them in legally binding treaties hundreds of years ago. In Canada, the law bends against our indigenous peoples and in favour of companies and business that can offer greater economic value to a prejudicial government.

Somewhere along the way, I picked up the lie that the justice system as we know it is fair to all. The presence of Tito, sitting next to me in a boat on his way to this hearing reminds me to question my assumptions. And at the same time, he gives me hope. After all, if he couldn’t see potential for change, he wouldn’t be sitting next to me. If the system was hopelessly broken, he and the various communities Christian Peacemaker Teams works with wouldn’t continue to use the same system to seek a legal solution to their troubles.

Despite corruption, politics, the pull of economic profit and their own apparent powerlessness, these communities have found a different kind of power in endurance and unity. They have an abiding belief that their causes are just, and that taking the law into their own hands and turning to violence is not the way forward. They have the support of one another, organizations and dedicated lawyers. And step by step, with every ally and forward push, they are slowly bending the system back into a space of true justice.

We arrived in El Peñon only to learn that the men who attacked Tito failed to present themselves for the hearing, delaying the whole process by another two months. Though initially frustrated at this lack of response and disregard for the legal system, I am coming to realize that their failure to appear also indicates fear that they will have to face consequences. The law bends, but maybe it can only be bent so far when people come together to cry for truth and actual justice, revealing that the powerless are not so powerless after all.