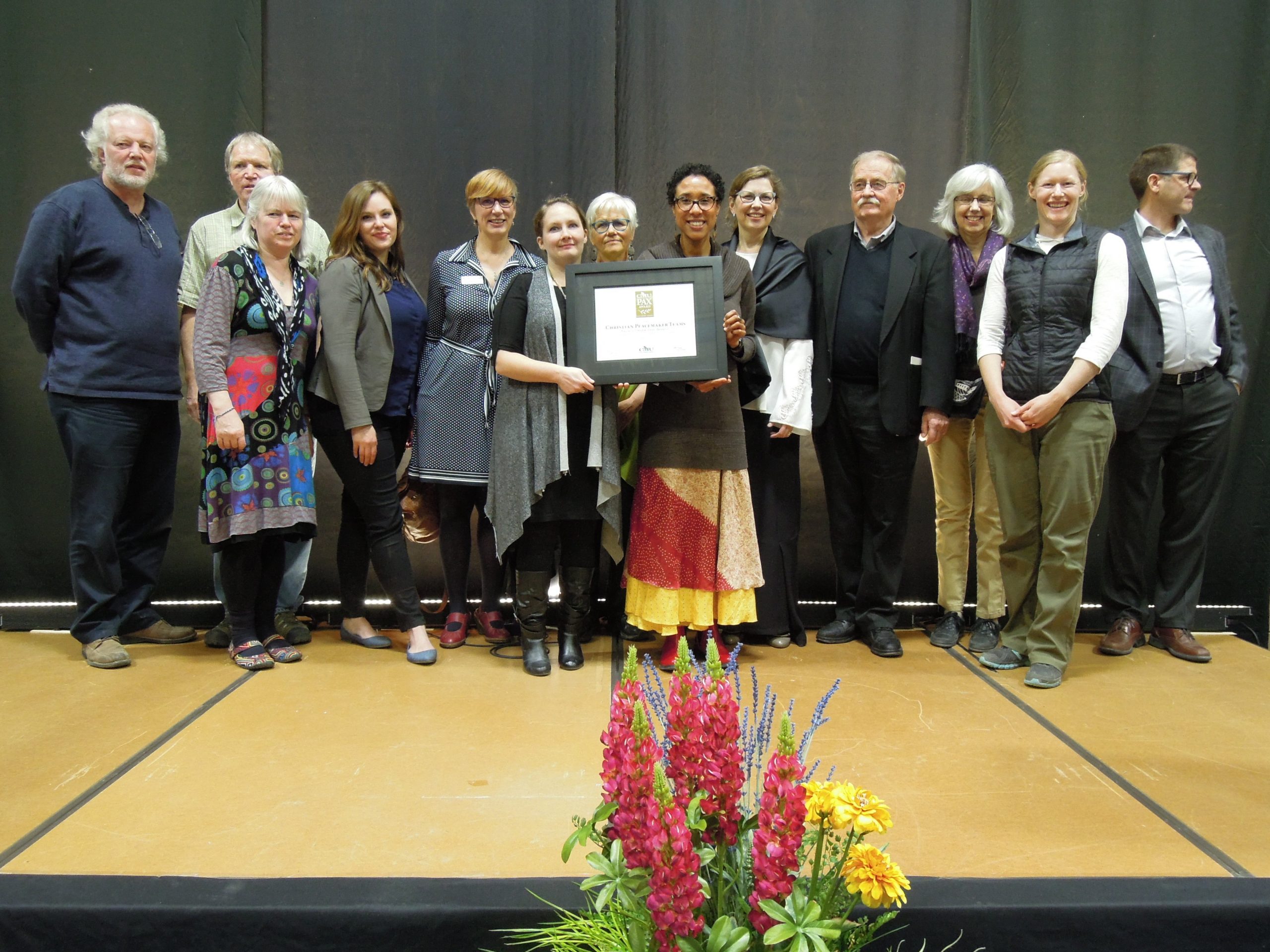 “CPT works daily in Palestine, Iraqi Kurdistan, Colombia, and North America to build partnerships that will transform the violence and oppression of such a time as this,” said Thompson, “It’s an honor to be recognized by CMU, a committed educator for peace and justice, moved by the transformative life and teachings of Jesus Christ.”

CPT uses small teams of four to six people trained in documentation, observation, nonviolent intervention, and various ministries of presence to make a difference in violent conflicts. CPT has been blessed with the work and contributions of a number of CMU students and alumni over the years, a tribute to CMU’s own commitment to learning through thinking and doing.

CMU alumni Kenton Lobe, who served with CPT in Haiti in 1994 and in Grassy Narrows in the early 2000s, praises the forward-thinking people who created CPT. “CPT has a strong focus on justice,” Lobe says. “They were one of the first organizations that was working at questions of privilege, questions of the implications of globalization, and the connection of that globalization to violence in local communities. That was their work, and they were providing an avenue for the church to be present in those conversations.”

With the CMU Pax Award, CMU has a tradition of honoring people who call forth the mission of the university, and whose lives are distinguished by service, leadership and reconciliation in church and society. CMU aims to recognize people whose unique practice, imagination, commitment, presence and naming of the world is important to restoring and renewing the world in some way. CMU also seeks to honour the movements and organizations to which individuals receiving the award contribute and carry forward.