Oppression chokes, squeezing communities until breath becomes more and more difficult. It displaces people from their land, pushes people into low-income neighbourhoods where folks struggle to survive in markets of high-unemployment, and contains people through mass incarceration. In targeted communities every day’s existence becomes a battleground to regain breath.

This is acutely felt in the black community in the United States. The unemployment rate for African Americans is 8.8 percent, double rate of what it is for whites. One in three black men can expect to go to prison in their life time. A black man is 5.1 times more likely to be incarcerated than a white man. In 2016 the police killed more than 250 black people in the USA.

In Palestine, there is a similar struggle for existence as Israeli policies of displacement push and confine Palestinians into extremely crowded zones. Israeli settlements expand and Palestinian land shrinks, strangling opportunities for farmers. There are 7,000 Palestinians in Israeli detention as one in four Palestinian men will spend time in prison. Walls, checkpoints, and settler-bypass roads contain and threaten communities. Meanwhile in Gaza, one of the most densely populated places on earth, Palestinians are caged while facing a barrage of bombings and shootings from the Israeli Military on a frequent basis. 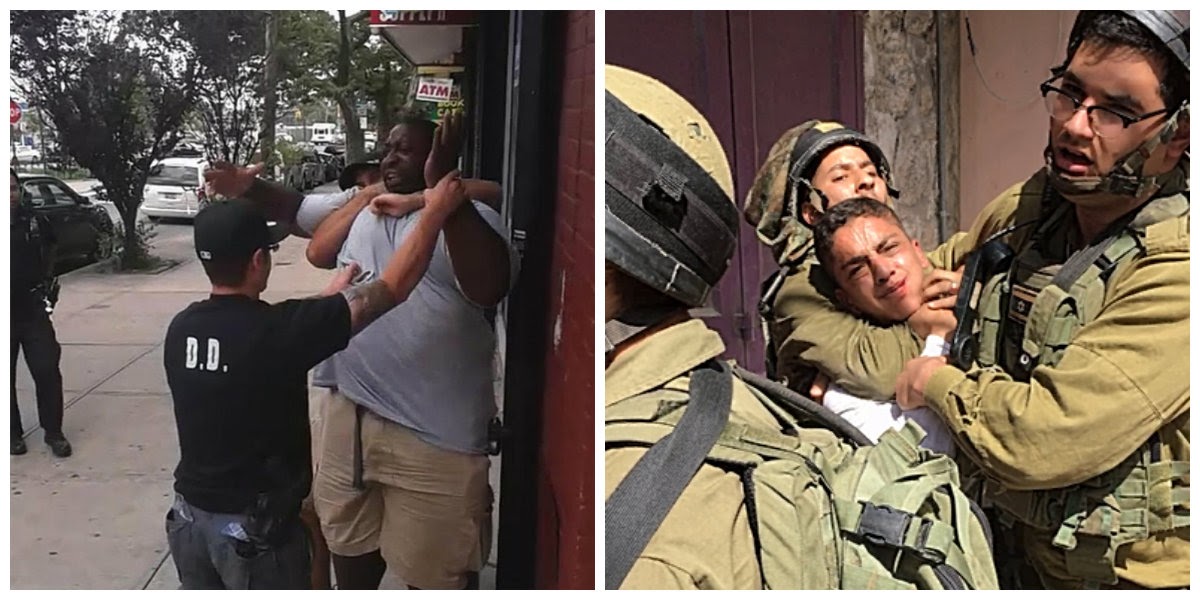 Yet it is not only policies of occupation and racism that are strangling communities. People are physically being strangled, until they can no longer breathe. In May of 2017, Christian Peacemaker Teams in Hebron captured footage of Israeli Military arresting a team’s friend Mamoon Al-Natshe. The footage shows the Israeli Military personnel grab, hit and strangle Al-Natshe while the voice of one CPT member pleads, “Let him breathe! Give him air.”

The footage of the arrest is reminiscent of the fatal arrest of Eric Garner, a black man in the USA. The New York City police accused Garner of illegally selling cigarettes. When Garner denied the claim and told the police he was tired of being harassed, police officers tackled him, placed him in a chokehold and strangled him. Similar to the footage in Hebron, his pleads are heard, “I cannot breathe”. Garner would later die from the incident.

While the situation in Palestine is physically distant from the racism in the United States, the policies and actions of authorities and the struggle on the ground is similar. Therefore for us, the people of peace, committed to building partnerships to transform violence and oppression, the time to act is now. Join the Boycott, Divestment, and Sanctions (BDS) movement against Israel. At the same time, get involved in solidarity organizations like Black Lives Matter. It is through this work that we hope that strangulation will cease and people will breathe with ease.

Please check the video of “We Don’t Play Here:” Violence, Discrimination, and Arrest in Al Khalil.