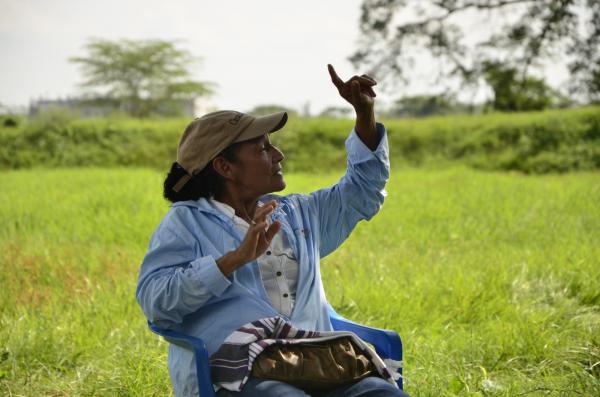 The campaign that CPT Colombia launched during the month of January was a great success. More than 500 people contacted the Secretary of Government of Puerto Wilches, Edmundo Arias and the Vijagual Police Inspector, Diego Andres Torres. The campaign requested that they stop the scheduled public hearing and take no further action on the land of El Guayabo until there is an exhaustive review by the national authorities responsible for all the irregularities surrounding this case.

It is important to celebrate this small step, but also to note that the case does not end here. The sentence of the Judge of Puerto Wilches imposes a serious problem for the community because it has handed over the land to López Henao despite the investigations and findings by the National Land Agency that the land is actually national state land.

Mr. Rodrigo López has filed a new complaint with the Vijagual Police Inspector and a hearing has been scheduled for 12 May. In the coming weeks, we will be strategizing our plan for political advocacy and will communicate with you about how you can support the community. We will continue to demand maximum transparency and guarantees of protection in the process for El Guayabo.