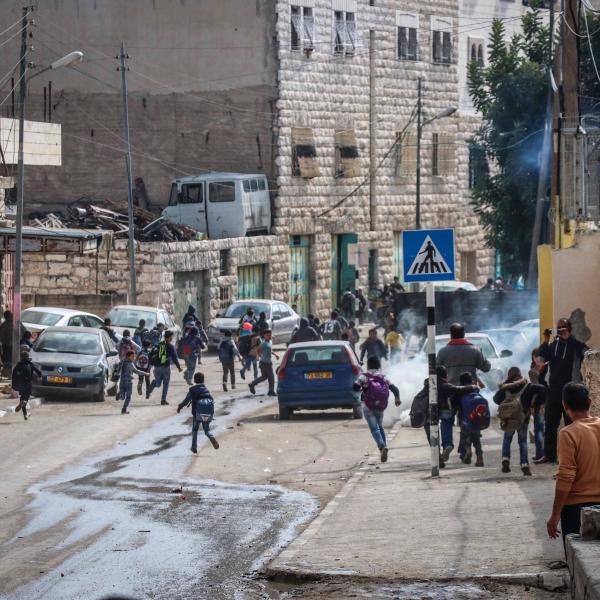 Pray for the schoolchildren of Hebron who become caught up in the clashes that are happening more frequently at the beginning and end of their school day.  Pray that those who keep the cycle of these clashes going will gain the wisdom to stop them.

Palestinian attending schools in Hebron’s Old City have no choice but to pass through the military checkpoints built close to their schools, both at the beginning and end of each school day. Sometimes the anger of some boys about soldiers in their neighborhood spills over. They throw stones at the checkpoints and the soldiers react by shooting tear gas and sound bombs and using other disproportionate uses of force that effect the entire neighborhood.

Pray for the boys who are tried in military courts for stone throwing and who receive egregiously unjust sentences by the standard of any civilized country.  In violation of international law, the military transfers them across the border into Israel, and often parents cannot visit them because they do not have the required permits.  The effects of the imprisonment and lack of access to their parents can cause developmental damage to the brains of these boys.

Pray, too, that the Israeli military will see that the force they use is totally disproportionate to what the boys are doing. Firing so much tear gas and letting off so many sound bombs just provokes the boys even more.

Finally, pray that the world will see the reality of life for Palestinians in this region and why it is the boys do what they do.