Prayers for Peacemakers 9 May 2019 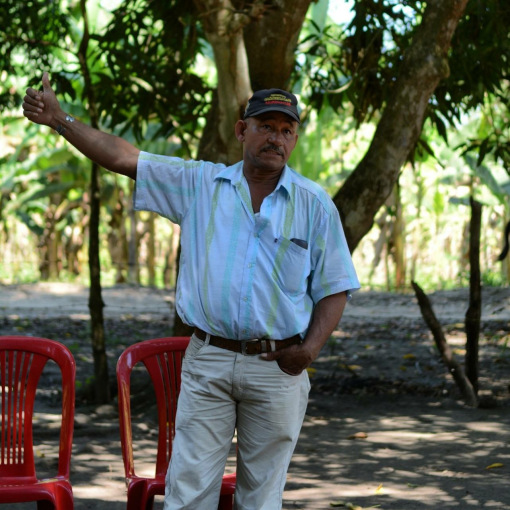 Please pray with us for the community of Guayabo in the upcoming week.

We pray for the hearing on 15 May in which testimonies for the legal case of Guayabo will be officially recorded. May the witnesses find the strength and clear words to speak up against the injustice and violence that they have experienced and that throughout the last years have displaced twelve families and affected more than 100 persons working that land. May the officials be moved by the spirit of truth and start to use their power for good instead of abuse.

We pray for the legal process against the campesino Álvaro García that had him imprisoned for eighteen months and is still ongoing. Álvaro García is one of the social leaders of Guayabo who has been accused of several crimes such as kidnapping, blackmailing, and torture.  While the authorities have dropped these charges, the charges about his conspiring to commit a crime and illegal carrying of weapons are still open. Despite everything Álvaro has suffered, he has not lost his strong spirit of resistance and instead has written songs in prison that he now likes to sing to our team and delegations. We pray that his next hearing on 17 May won’t be delayed again and that this process will finally come to an end.

We pray for resilience and unity in the community of Guayabo. Structural violence is almost invisible and only slowly eats away at the hearts of people and thereby creates division. May our solidarity and prayers give them the strength they need to continue their resistance and find courage in their togetherness.