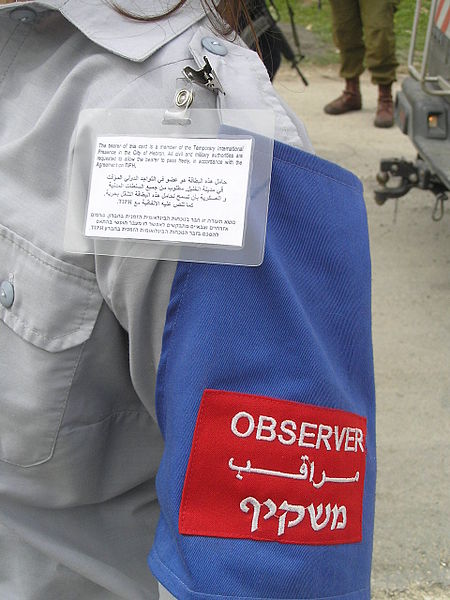 As a result of the cumulative impact of Israeli settlement in Hebron and the 1994 Ibrahimi Mosque massacre, the 1995 Oslo Accord included a specific call for an international monitoring presence in the city. By 1997 the Temporary International Presence in Hebron (TIPH) was established.

Formed by a regular rotation of human rights observers from Norway, Italy, Denmark, Sweden, Switzerland and Turkey, TIPH operated under a bilateral agreement between the Israeli government and the Palestinian Liberation Organization (PLO). Its mission centred on monitoring and reporting of breaches of international humanitarian rights law and the bilateral agreements in Hebron.

At the same time, the mandate did not permit interference or enforcement in these affairs, and TIPH’s reports and assessment on such violations were kept strictly confidential except to the Israeli military, the Palestinian Police Forces and TIPH members.

TIPH’s mandate also included efforts to contribute to security and stability in Palestinian communities by funding local initiatives promoting wellbeing and economic development. Member states allocated a pool of funding dedicated to community organizations in Hebron, accepting proposals twice a year. During its lifetime, TIPH funded a number of important community-based projects in communities and schools with whom CPT-Palestine partners, including delivery of psychosocial interventions for children targeted by Israeli military forces, child protection and rehabilitation measures, renovation of school and community buildings, and the construction of a playground in the Old City that children could use during curfew.

In January 2019, the Israeli government announced that it would unilaterally discontinue TIPH’s mandate, citing hostility against Israeli parties. The sixty-four-member task force was ordered to evacuate immediately and halt funding for community initiatives. 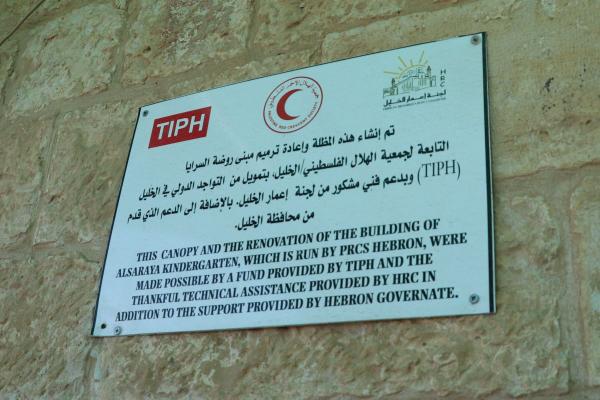 Israeli settlers have celebrated TIPH’s departure and the aftermath has resulted in a noticeably increased vulnerability of Palestinians in the Israeli-controlled H2 area of Hebron. Since February, CPT and ally human rights organizations ISM (International Solidarity Movement) and EAPPI (Ecumenical Accompaniment Programme in Palestine and Israel) are the only remaining international observers in H2, each team comprising between two and seven observers at a given time. Local Palestinian organizations with whom CPT stands have also inherited greater workload and risk when it comes to bridging the gap to maintain a monitoring presence in their communities.

The loss of funding for community projects too has come as a blow to Hebron’s local organizations and those they serve. Where TIPH’s Community Relations program had previously supported small community organizations in accessing their grants, the needs of local projects must now be met through more general territory-wide funding pools. An informed source has raised concerns that Hebron’s community organizations will struggle to fund their work in a grant landscape more favourable to large NGOs operating across the West Bank. Some organizations may even disappear.

Following TIPH’s expulsion, CPT also spoke with educators, shopkeepers, tour guides and others working and living in the Old City in order to understand some of the impacts to date at a street level.

Several residents remarked that the observers’ role had been felt strongly in the past, as both the Israeli military and settlers had taken into account TIPH’s presence when it came to treatment of Palestinians. Some said that since TIPH left, the settlers have clearly felt even more powerful; moreover, Israel’s successful removal of the task force bolstered Israeli settler sentiment that the Israeli state should force all international monitors to leave.

One shopkeeper saw the withdrawal as an additional threat to their livelihood, as TIPH’s presence in the souq had the added benefit of making international visitors feel protected and therefore more likely to spend time in the shops.

Many people have experienced greater restriction of movement, including closures as well as reinforcement and new constructions of checkpoints and barriers. Community members located near checkpoints particularly noticed that, in relative terms, TIPH’s presence had prompted soldiers to curb abusive behaviours. Some expressed fear that TIPH’s absence leaves room for heightening of violent activities planned against Palestinians.

Without a mandate providing for international observers on the ground, life in Hebron, and the world’s window into it, is shifting.

One perspective is that Palestinians don’t need outside observers – they can act as monitors in their own communities. At the same time, others in Hebron are calling for those with real authority and political power to stand up for the protection of Palestinians suffering violations of their rights. Many affirm the ongoing need for allies to bear witness to realities on the ground and to stand in solidarity with community-led resistance.

The question of international presence should not obscure a more important truth: Palestinians in Hebron, and across the occupied territories, deserve the right to represent their own experiences, to have platforms for pursuing community development, and to have the freedom to engage in political action to end the Occupation.