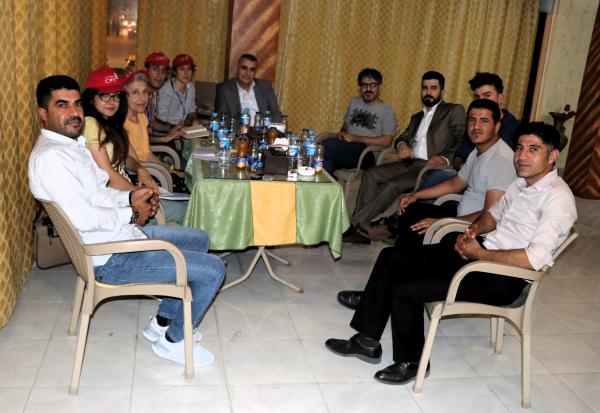 Some of the civil society activists arrested in January for planning to gather peacefully after Turkish military killed
civilians met with CPT on a Ramadan night.

Please pray for the indigenous peoples of the ancient Iranian and Mesopotamian* region.  Imperial powers are once again disrupting their daily lives and livelihoods with genocidal threats and escalated militarization. Pray for all people who suffer from the threat, preparation, and waging of war and ask that they and their children may live in peace and unafraid.

A tragic reality of war is that so-called “leaders” making threats and decisions for war do so from safe spaces that ignore the disruption, destruction, terror and trauma they inflict on others because of their warmaking. Pray for the transformation of their hearts and minds so that they turn from their wicked warring ways and become compassionate advocates for Just Peace.

Give thanks for CPT Iraqi Kurdistan’s Muslim partners and friends, who have observed Ramadan from 5 May to 3 June, with prayer and fasting during daylight hours and feasting and hospitality at night, and last week celebrated Eid.

Pray that the CPT Iraqi Kurdistan may faithfully carry on its work of solidarity, accompaniment and advocacy for nonviolent just peace and human rights for all people and creation. 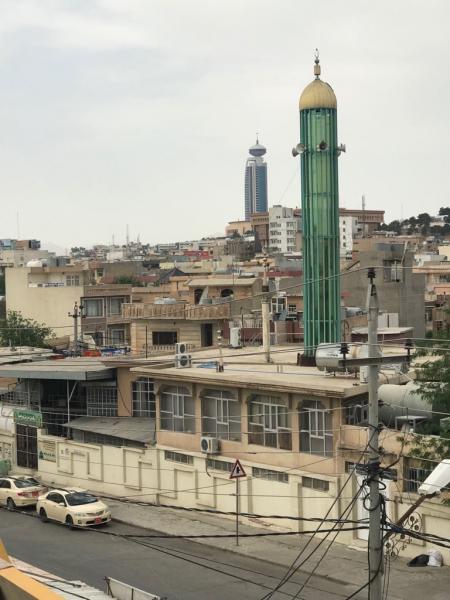 Mosque of the Revered Ibrahim near the CPT-Iraqi Kurdistan house

*”Mesopotamia” refers to the land between/of two rivers (Euphrates and Tigris) home to Kurdish, Assyrian, Yezidi, Chaldean, Arab, Armenian and other ancient peoples. Colonial powers erected artificial borders and divided the region into what today are known to as Iraq, Syria and Turkey.